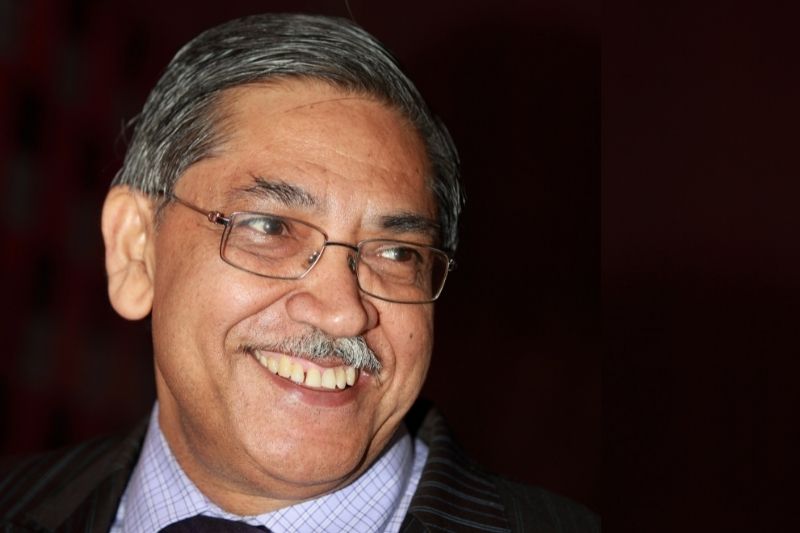 “For achieving financial inclusion and prosperity, a collective effort would be required. The support of policymakers, regulators, governments, IT solution providers, civil society organisations and public at large would bring a decisive transformation of Indian banking. For bouncing back to the 8 per cent growth path, financial inclusion is a must”
K C Chakrabarty Deputy Governor,
Reserve Bank of India

The idea of inclusive growth rests on the financial inclusion drive as only the savings mobilised through regular institutional sources can sustain India’s economic growth. The roles of regulators are important on this. Our approach is planned, structured and integrated — and it is one of the best approaches to financial inclusion in the world. It is linked with the financial literacy as well as financial supply and demand. It is a bank-led model. Hence, regulatory guidelines should be an enabling factor.

For deepening financial penetration, the flexibility in policies is as much important as regulations. Universal access to banking facilities is the mainstay of financial inclusion. For that, the role of technology is crucial. Indians banks have shown resilience in this regard and now a majority of bank branches are computerised and CBS enabled.

These things are attained on a functional institutional mechanism and have strengthened financial stability. Because of strong commitment to financial inclusion, India is the only country in the world where the Financial Stability and Development Council (FSDC) has an exclusive, separate mandate for financial inclusion and financial literacy.

The RBI has constituted a high-level committee and an advisory body on financial inclusion. Besides, it has set up a State Level Bankers Committee (SLBC), District Level Bankers Committee (DLBC) and Block Level Bankers Committe (BLBC) in each state, district and block of the country. The banks are working as per regulatory guidelines. Today, the total number of branches of public sector, regional rural and private sector banks put together is over 100,000. About 700 financial literacy centres and Rural Self-Employment Training Institutes (R-SETI) supported by the RBI will create the capacity building and smoothen the efforts of other financial regulators. All these efforts combined, the goal has been already achieved.

For safety and no-frills banking, know your customer (KYC) norms need to be dealt with innovative approaches. Integration of this process with the Aadhaar-based identity authentication platform will remove the hurdles related to identity in account opening and payment. The Aadhaar-enabled payment system has made easy and efficient transfer of benefits directly to the bank and then to the people possible. The Aadhaar-based system enhances transparency, scalability and real-time monitoring.

Now that the essential systems are already in place, what is required is the effective coverage and scaling up. Now, banks prepare three-year board-approved plans, do comprehensive periodic monitoring, and identify quantitative and qualitative parameters. Regional Rural Banks (RRBs) too have been asked to prepare the plan, disaggregate them up to the branch level and hold annual comprehensive reviews with each CMD of the bank at the RBI level.

These efforts are aimed to make rural banking business take off, as reaching all villages of India through branches is not possible.

In the last three years, the number of rural branches has gone up by almost 7,000 and more than 5,000 new centres were set up where banks had no existence.

A large of number of bank accounts are not functional and hardly get any benefits of financial services. It is shocking to see the neglect of urban and metropolitan poor by Indian banks. On the contrary, foreign banks have done laudable work at financial inclusion in urban areas. To cite recent data, a foreign bank has opened more than 20,000 accounts in Dharavi.

The Indian banking system must realise that there is a huge business potential out there if they gear up efforts to expand their services footprint far and wide. The idea of financial inclusion should be seen as a business opportunity, and not as charity.

A sensitive attitude of Indian bankers towards the urban and rural poor will unleash a healthy prospect in banking. Progress is being made in inclusive banking, but the quest should be to achieve better results. The number of no-frill accounts has gone up from 70 million to 180 million, and the total number of transactions has gone up to 2,546 per year, marking a 10-fold increase. The utilisation of the accounts has gone up by 50 per cent.

At present, banking facilities have reached 200,000 villages. The plan is to reach all the 600,000 villages. Every household in this country must have a bank account and that is what will be the first condition for inclusive growth. Banks have been advised to prepare plan for the next three years. The emphasis is on enlarging financial product and services access.

Emphasis is also placed on increasing banking penetration and that should be channelised by relying on brick-and-mortar branches as well as on business correspondents — both are important in their spheres.

Therefore, per 10 BCs, there must be a brick-and-mortar branch — and at least 25 per cent of the new bank branches must be opened in unbanked rural centres. That is a regulatory mandate and it will be applicable to every bank including the new banks that will come up. These new entrants should make rural banking competitive.

A few years back, nobody in the government would have said that all the government benefits could be transferred to bank accounts. Thanks to the structured approach to financial inclusion and active participation of banks, the government is now planning to transfer all the benefits through bank accounts. All bank boards and managements should be aware of the implications of the direct benefit transfer programme of the government and accordingly carve out their business plans. They must differentiate between what is an expense and what is an investment.

Even with the help of technology, banks are not scaling up. Nearly half of the basic banking accounts are dormant. That is a huge wastage of resources. If we make them transactionable, then the entire savings can be doubled.

Competent and modern banking cannot be delivered without digital and physical connectivity. India has one of the best IT resources in the world and exports software solutions to advanced countries, but the domestic market is not getting so much benefit from the IT prowess.

To achieve financial inclusion and prosperity, collective efforts would be required. The support of policymakers, regulators, governments, IT solution providers and public at large would bring a decisive metamorphosis in Indian banking. For bouncing back to the 8 per cent growth path, financial inclusion is a must. Banks alone will not be able to achieve this unless an entire support system would be partnering with them in this mission.