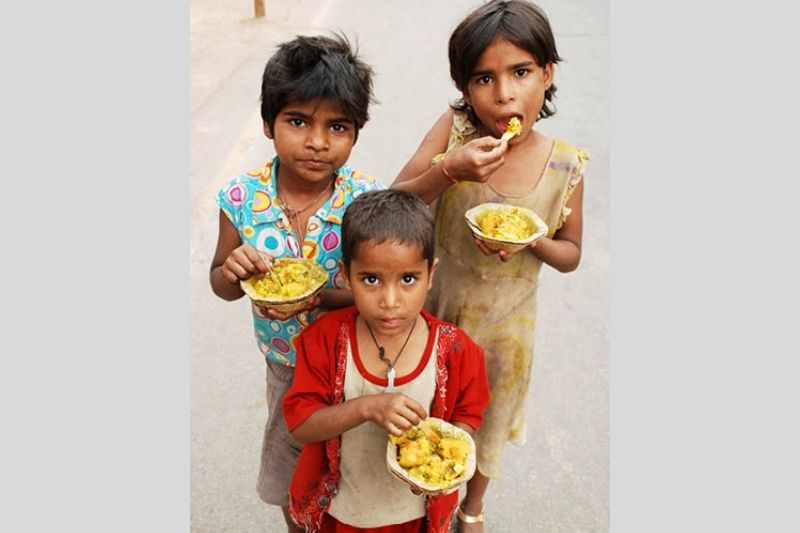 The total combined expenditure of the states and the Centre on the social sector has always been woefully inadequate in India. For instance, expenditure on education as a proportion of GDP was 2.6 per cent in 2007-08 and may go up to 3.2 per cent in 2013-14, but it is still far below the international norm of 6 per cent. Similarly India’s public expenditure on health as a percentage of GDP has been around 1.3, whereas it is 4.2 and 3.9 per cent in Brazil and South Africa respectively. India will not be able to push development expenditure if its tax collection continues to be one of the lowest amongst the low middle income countries. In fact, the tax-GDP ratio of the Centre has fallen in the last four years by about two percentage points, from 11.9 per cent in 2007-08 to 9.9 per cent in 2011-12. The figure of 10.9 per cent announced by the Finance Minister in the 2013-14 budget is being doubted by experts as no significant new taxes have been announced. Including taxes collected by the states, the total tax-GDP ratio for India is a mere 15.7 per cent, whereas it is 34.2 per cent for Brazil, 32.3 per cent for Russia, 22.4 per cent for Ghana, and 50.1 per cent for Sweden. Poor tax revenue is the most important factor for low social sector expenditure.

A dangerous trend in many recent budgets has been lack of credibility of the figures presented, as shown in the vast gap between BE and RE figures of 2012-13. Experts feel that the reduction by almost RS 920 billion in the plan expenditure in the fiscal year 2012-13 is not due to unforeseen circumstances, but ministries have been denied funds in order to contain fiscal deficit. Putting a number in the budget and then not releasing funds also creates uncertainty and leads to corruption.

The Finance Minister in his budget speech compared the BE of 2013-14 with the RE of 2012-13, which is unfair. He said that plan expenditure in 2013-14 is said to grow at 29.4 per cent over the revised estimates for the current year. He should have compared the BE figures for the two years, which shows that the increase is less than 7 per cent (whereas prices have gone up by more than 7 per cent), implying no increase in the Plan allocation in real terms.

This is not to question the present government’s priority to contain fiscal deficit. It will help India avoid a downgrade to junk status, despite the persistent downturn in growth, which would have immediately begun a pullback of foreign insurance and pension funds. The impact on India could have been a withdrawal of anything between $5 and $10 billion over a year. Therefore, keeping in view the urgent need to contain fiscal deficit, the only way to do justice to the social sector would have been to increase tax collection, which unfortunately has not been attempted seriously. In addition, even the modest increased allocations in various sectors may not be realised as the government may again impose cuts (as it has done in the current fiscal year).

The Finance Minister, in his budget speech on 28th February, said, “health for all and education for all remain our priorities”, but when it came to providing funds for the various programmes in these sectors, he has fallen woefully short. Even finance ministry officials feel that Chidambaram has not let schemes in these sectors continue as “business as usual”, leave alone providing expansions.

Termed a priority sector, education has effectively been given no more than a 7.2 per cent hike in the allocation when compared to last year’s budgetary estimate – though it works out to 17 per cent when compared to the revised estimate, which had been slashed from Rs 614.27 billion to Rs 562.23 billion Rs 614.27 billion to Rs 562.23 billion. This is insufficient to meet the deadline of 31st March 2013 given in the Right to Education Act to adhere to the norms and standards laid down in the Act.

Alongside a commitment to expand the National Rural Health Mission (NRHM) into a National Health Mission to cover urban areas as well, the allocation to the programme is Rs 212.39 billion, a hike of 25.4 per cent over the revised estimate for NRHM, but a total that may not count for much after accounting for inflation once the urban health mission proposal, which aims to cover 779 cities, is passed. The budget reinforced the buzz in the health ministry that insufficient financial allocation was the reason behind the deferment of the National Urban Health Mission (NUHM) at the cabinet meeting prior to presenting the budget.

This is not to question the present government’s priority to contain fiscal deficit. It will help India avoid a downgrade to junk status, despite the persistent downturn in growth, which would have immediately begun a pullback of foreign insurance and pension funds

In addition to constraints of financial resources, reform in service delivery is an essential element of any social sector programme. This, in turn, requires improving the governance, productivity and accountability of government machinery. Over the last two decades, there has been a sharp decline in the quality of services being provided by the government to its citizens, especially the poor.

For many schemes, it is not the lack of funds which is a problem. It is actually spending the allocated funds and achieving the intended results. For instance, the Food Security Bill cannot be implemented unless the beneficiaries are identified, which may take another 9 to 12 months. Even the first round survey of households is not complete in Uttar Pradesh and Bihar, which is to be followed by supervisory checks and inviting objections. Chidambaram announced in 2006 that an Outcome Monitoring Unit would be set up, but seven years have gone by and the promised unit is still to become operational.

It is well established that absenteeism of teachers and poor quality of outcomes in government schools are the main reasons behind the popularity of private schools with poor infrastructure that cater to the needs of the underprivileged. Often they run under a banyan tree or in a dilapidated building. The Right to Education (RTE) Act insists that such schools will be closed down if they do not have an all-weather building consisting of at least one classroom for every teacher and an office-cum-store-cum-head teacher’s room; barrier-free access; separate toilets for boys and girls; safe and adequate water facility to all children; kitchen for mid-day meals; playground; library; and, qualified teachers.

Shutting down private schools that do not meet the required norms and standards will place an additional burden on Sarva Shiksha Abhiyan (SSA) funds at a time when the overall demand for primary education is still greater than supply. This is particularly so for schools in urban areas that cater to migrants and slum dwellers. At the very least, the answer lies in improving the quality of infrastructure and outcomes in government schools and not in shutting down private schools, thereby denying access to education to the deprived sections. However, the lobby of “fundamentalists” in the education sector is so strong that these schools are under threat of being de-recognised under law.

According to Census 2011, only 32.7 per cent of rural households have latrine facilities, whereas state governments have been reporting 85 per cent coverage. Thus, the reports from the states are not very credible. For instance, Udaipur reports 40 per cent rural households as having toilets, but the census found only 10 per cent having this facility. There is no correlation between expenditure incurred by states and actual sanitation coverage. Kerala, for instance, has met the Total Sanitation Coverage target of universal coverage for households below the poverty line and spent 93 per cent of its budget. Himachal Pradesh achieved the same target but spent only 36 per cent of its budget.

The Integrated Child Development Scheme (ICDS) was praised by the Finance Minister as having spent its allocation but a hunger and malnutrition report (popularly known as HUNGaMA) released by the Prime Minister in January 2012 shows that the number of malnourished children in 100 districts continues to be above 40 per cent. However, state governments report 13 per cent children as underweight, and only 0.4 per cent as severely malnourished. One district collector, when confronted with this kind of bogus figures, told me that reporting correct data is “a high-risk and low-reward activity”! The Prime Minister may call the government’s performance a “national shame”, but he has not been able to persuade the states to accept that the problem exists, leave alone implement solutions.

A recent evaluation of ICDS in Gorakhpur by the National Human Rights Commission (NHRC) showed that despite Supreme Court orders to provide hot, cooked meals, all centres supplied only packaged ready-to-eat food, which had only 100 calories as against a norm of 500 calories, and 63 per cent of the food and funds were misappropriated. The food being unpalatable, half of it ends up as cattle feed. However, such reports, though few, are never discussed in state assemblies, as they now meet for less than 30 days a year. We need a new law making it compulsory for Parliament and state assemblies to meet for at least 150 days a year.

Constraints to achieving inclusive growth are rooted in bad policies, faulty project design, lack of appropriate M&E and poor governance. Clearly the government’s thrust should be to focus on these issues through better supervision, which should ultimately help the states in improving delivery.