Governance: Time for A Radical Shift

To improve every facet of governance, the time has come to think of radical shifts, argues Sitaram Yechury 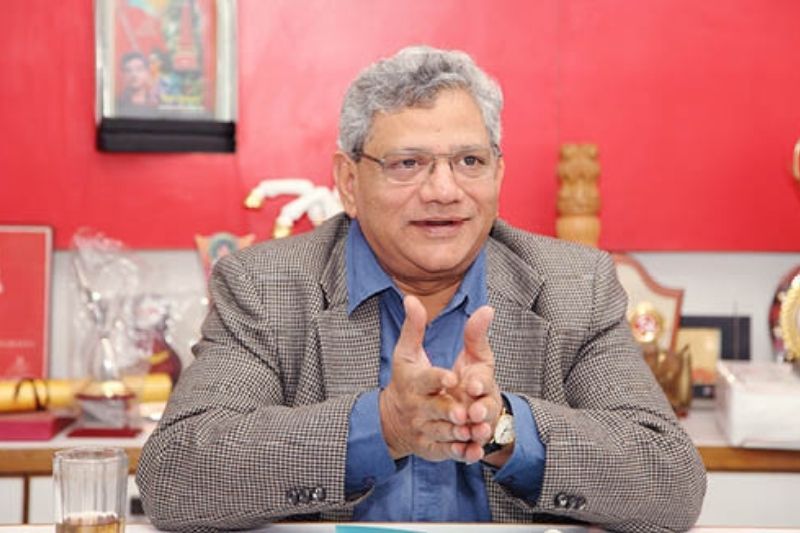 It is not so much rethinking governance, but rather fine-tuning of our procedures and institutions to make them appropriate for the current times. First and foremost, governance in a democracy has to do a lot with the type of people who are elected because they carry out law-making and governance. In terms of the type of people who are being elected, some very important changes in the electoral system needs to be brought about. The opinion of people often gets influenced by factors, other than political. Candidate selection is no longer dependent on the merit.

Time has come for us to consider shifting at least to a semi-proportional system of governance. This system is in place in many democracies where people vote for a political party and then the party submits a list to the election commission and depending on the percentage of vote it gets, candidates are selected. Given India’s complexity and diversity, a complete proportional representation system may not really suit us. What will suit us would be a mixture of both. For instance, we can rethink about the 542 Lok Sabha constituencies that we have, club two constituencies together and people cast two votes: one to select a candidate and the other for a party. This way the influence of money, muscle, caste etc that goes into the choice of candidates, could be minimised

India is a democracy but never since Independence, we have ever had a government at the Centre which commanded more than 50 per cent of polled votes. The closest was the Rajiv Gandhi government, which got the mandate of 42 per cent in the 1984 elections. Strangely, thus, since Independence, most people have voted against the government that was formed than for it. That is hardly democracy.

If you have a proportional system then it becomes essential that even if coalitions are formed, they will necessarily need to be more than 50 per cent of votes cast. More importantly India will also be able to overcome, to some extent, the problem of parties exerting pressure on governments out of their proportionate strength in the Lok Sabha. Today, we have coalition governments where parties with two or three MPs have their shopping lists, bargaining and blackmailing. The net result is that you have policy paralysis. It’s also important to stipulate, like in many countries, that if a party doesn’t get a threshold limit of votes polled, say, 2.5 per cent, it won’t get a seat in Parliament. These parties can get representation in state assemblies, but not in Parliament.

The panchayati raj system has been mostly dysfunctional in India because it can be effective only when developmental funds are routed through panchayats and they are empowered to decide on their spending priorities. But other than the Left-ruled states, the system has not really flourished in India. Grassroots democracy assumes a certain degree of literacy, awareness, consciousness and in-built checks and balances. When the Left Front ruled West Bengal, about 52 per cent to 54 per cent of all developmental funds were given to panchayats. Ditto for Kerala. We had planning boards that sought people’s participation in fund disbursement.

Good governance finally must translate to the level of people’s welfare. It’s a misconception that GDP growth rates really reflect the well being of the people. Good governance is for giving a better livelihood to the people

It is absolutely necessary for the central and state governments to have regular sessions with PRIs to make them aware of their powers and rights. If you notice, two decades ago when there was women’s reservation in these bodies, many asked where do we get enough women to represent the people. However, we are gradually overcoming that problem. Grassroots democracy requires a lot more work to be done but whichever party is in power, there has to be a conscious intervention to ensure that the system works.

One of the things that comes in the way of better governance is Centre-state relations, for which the government has to reactivate the Inter-State Council (ISC). The Constitution provides for the council. The Planning Commission was supposed to be the permanent secretariat of the council. But it has grown out to be a thing of its own. Now, instead of states first discussing and suggesting what they want and then the Plan being formulated, the Plan is formulated first and then states are called to endorse it in National Development Council (NDC) meetings. The whole idea of Centre-state relations has been turned upside down.

If you want to get states on board correctly, then ISC is crucial. For example, take the issue of Goods and Services Tax (GST). There is a valid viewpoint advanced by states that the only financial right that they have is being taken away by the Centre. Everybody knows GST is a good system. The group of state finance ministers that analysed the imposition of the GST headed by the then Finance Minister of West Bengal, Asim Dasgupta recommended it, but demanded that states which lose the right to impose sales tax should be compensated. A formula was worked out, but differences still persist. If you have had the ISC, sorting out differences could have been much easier.

The NDC holds a one-day meeting where chief ministers read out or circulate their prepared speeches. Serious discussion or worthwhile consultation seldom happens. It is just more of a formality than actually putting their heads together to solve our country’s problems.

Experience tells us that there can be no meaningful governance unless ISC is revived and it holds periodic meetings. At least once in six months the council must meet. Otherwise, there can be very unhealthy competition among states, as is happening now. I am not talking of incentives for hilly, tribal or backward regions, which are justified for obtaining balanced development. But currently, there is a sort of rat-race amongst states to give tax concessions to entice industries. If the bordering state gives a particular percentage of rebate, some other state will offer higher incentive. The net result is that you are building a sort of crony capitalism. The capital must flow on the basis of economic considerations such as the scope to build economies of scale, availability of raw materials, labour and environmental protection. But we witness investment flowing in terms of what are the tax concessions that particular state government offers. This kind of skewed investment distorts India’s pattern of development.

The multiplicity of authority results in duplication and is actually leading to a situation where everybody passes the buck, nobody is responsible, nobody is accountable. You are just complicating the issue by making sure the governance can never be good and if it is not good, you don’t know whom to blame and whom to correct.

What is happening at the moment is that the fundamental issues of the people, like agriculture and social infrastructure, are being ignored and the authorities are only looking at the superficial expressions of it like what is the flow of FDI into the country! This is based on a very faulty understanding that greater the FDI flow into India, the higher will be the economic growth, like a rising tide. But that doesn’t happen because the purchasing power in the hands of the people is on the decrease. The irony in India is that the subsidies you give to the rich are incentives for growth, but subsidies for the poor are a burden on the economy.