Challenge is to Break the E -Governance Silos 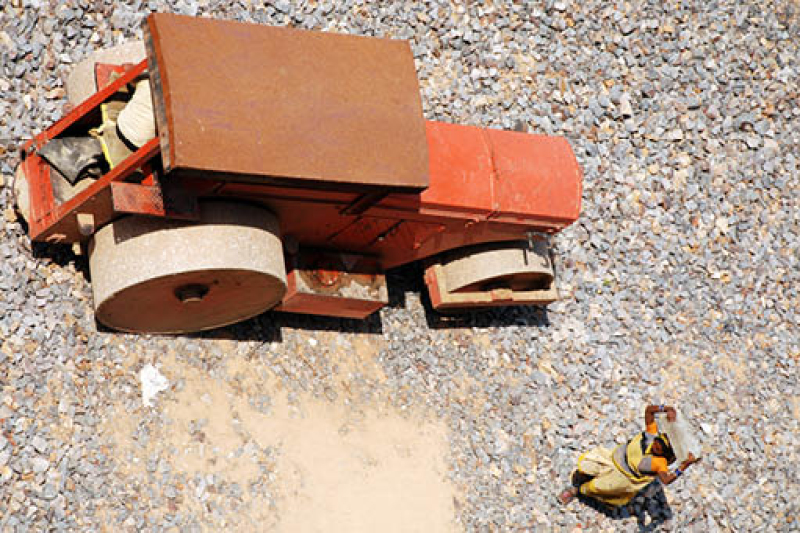 The e-governance landscape in Odisha is changing. The state, which was perceived to be a laggard a decade back is making best efforts to compete with many front ranking states. As of now, almost all state departments have taken some initiatives or the other to work on electronic mode. For instance, a few of our e-governance models/portals such as eShishu, e-tendering, e-Despatch and SAMS (Student Academic Management System) have got us national recognition. This apart, we have developed applications for agriculture sector for equipments distribution (e.g., mechanised farm equipment) and so on. We have launched e-municipality scheme in which Health Officers are issuing Birth Certificates with digital signatures. The applicant can apply for same online and also can download the same from the website without having to visit the Municipal Health office.

Further, we have developed an e–district format. Odisha is the second state to have developed an end-to-end application at the district level. In two districts: Ganjam and Mayurbhanj the revenue inspectors have been provided with laptops to receive applications for various certificates and upload their enquiry report online. If a citizen wants to apply for caste, residence or legal heir certificate, then he can apply from a CSC or Jan Seva Kendra. Once the individual provides his details, this information then automatically moves to Tehsildar online. Depending upon the feedback from the revenue inspector, the applicant receives an SMS about the status of his application. He can login from the server and download the required certificate after a specified time frame. Currently, e-district format is being piloted in two districts and once we are through with our process checks, this would roll out to other 28 districts.

Ultimately, government of all genres have to be people centric. The key objective is to reduce citizen-state frictions. There are several success stories from other states to emulate – we do not feel the need to re-invent the wheel

Simultaneously, we have built a robust state-wide IT infrastructure. But the problem is we have a low user base. To put it comically, there are few buses plying on this network! As of now, the State Wide Area Network (SWAN) network is extended up to the block level. We are now trying to expand it horizontally to cover many more offices: Tehsil, government hospitals, urban local bodies, sub-registrar office, and police stations among others. However, the SWAN is used in a very limited scale. It is being used largely to conduct video-conferencing. In fact, Chief Minister regularly interacts with officials through video-conferencing.

The state has a state-of-the-art data center. It is not very large, though. With more and more applications coming, the state is in the process of revamping existing data centre. But a major worry is while many new applications are being developed, nearly all of them work in their silos as none of the existing data talk to each other. As a result, a person who has a four wheeler is likely to getting TPDS benefits as a below poverty line (BPL) card holder.

Aadhaar could be the possible answer to such leakages. Odisha has started making some progress by digitising NPR data. For instance, very soon, we will be able to digitise our ration cards. We are relying more on NPR data for it being a complete data as it has been collected through a door-to-door survey process. Importantly, it ensures that an individual is linked to a family. In the case of Aadhaar, it has difficulty in linking the individual to a family. Therefore, our thinking is that both NPR and Aadhaar data should integrate at the top which is happening in our State as NPR authorities are collecting UID biometrics.

The Public Service Act will require CSCs assistance to deliver much of the services electronically. This apart, we are mooting to have an electronic Service Level Agreement (e-SLA). In short, this new act will boost e-governance by breaking many silos

As regards to the working of Common Services Centres (CSCs), Odisha is yet to use them to the fullest. While we had set a modest target of 8,500 CSCs, we have set up only 5,000 of them and only 3,500 are making transactions.These can be used for a variety of purposes, For example ,for the online admission for all degree and junior colleges which are being administered centrally from one server. One need not visit these colleges physically. Entire process is being processed centrally and SMS goes to individuals about results, admission, etc. Notwithstanding some islands of excellence, by and large CSCs remain underutilised. CSC is caught up in the chicken and egg dilemma. However, we have made some genuine efforts to make them functional or at least use their potentials to the maximum extent. For example, many banks now look for people to hire Business Correspondent (BC). These people can be of great use and can make some money.

Then there is this e-district model, which is being promoted by the state in a big way. We are hoping that many of CSCs will be revived by year-end to join in this project. We are looking at improving their capacity, communication skills, level of awareness and to engage them in an effective manner. With Odisha joining many other Indian states in enacting the Right to Public Service Bill, CSCs would get a boost. The Public Service Act will require their assistance to deliver much of the services electronically. This apart, we are mooting to have an electronic Service Level Agreement (e-SLA). In short, this new act will boost e-governance by breaking many silos.

It is my firm belief that with the existing quantum of subsidy (both centre and states), we can address the needs of our citizens to an optimum level if we can use ICTs to their maximum potential. We need to stop leakages by targeting subsidy better. This is where smart governance would play a critical role.

Ultimately, government of all genres have to be people centric. The key objective is to reduce citizen-state frictions. For this to happen, we need to create an e-repository. Such a repository can enable people to download their documents in a minute who need not physically visit a government office again and again. If a caste certificate is issued, it should be kept in the repository. We are trying to look at AP’s Mee Seva to create a similar e-repository. We are also following supply chain management of PDS model adopted by Chhattisgarh government. For our e-district portal, we are studying Gujarat’s e-Gram, especially for generating transactions. Similarly, Odisha is studying Karnataka’s e-procurement model that captures everything: from applications to actual award. There are enough successes that can be learnt from and resource and time investments can be minimised.