The many reports of violence against women over the last few months have had one clear effect – the silence regarding existence of gender disparities has finally been broken. While gender inequalities are rooted in culture, tradition, custom, religion and hierarchy, they cut across and pervade all religions, hierarchies and classes. The Draft 12th Plan notes, “Women span the entire income spectrum, but there are gender-based issues of inclusiveness that are relevant all along the income spectrum.” Aasha Kapur Mehta and Dakshita Das argue 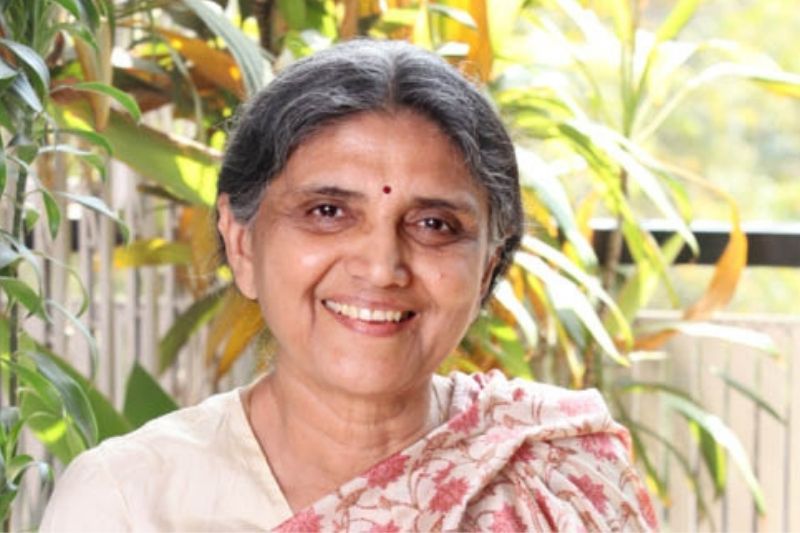 The 12th Plan aims to end “gender based inequities, discrimination and violence” as an “overriding priority” (p.164). It makes a commitment to strengthening gender budgeting and extending its reach to all ministries, departments and state governments. It also strengthens and empowers Gender Budgeting Cells and mentions that gender outcomes must be made a mandatory part of the Results Framework Document.

What is Gender Budgeting?

Gender budgeting is a continuous process of incorporating a gender perspective over the entire cycle of policymaking and implementation – from legislation to planning, policy, programmes, schemes, budgets and impact. The Finance Minister introduced gender budgeting in the budget 2004-05. The 2005-06 budget incorporated a separate statement called the Gender Budget Statement (GBS) to highlight gender sensitive budgetary allocations committed by different ministries/departments of the government. The statement reflected two types of schemes: those which provide information about schemes wholly devoted to the benefit of women and those incorporating initiatives where allocations for women constitute at least 30 per cent or more of the provisions, e.g., the scheme for providing legal assistance to Indian women facing problems in NRI marriages. While the amount of Rs 7.5 million allocated was small, it addressed a major need by providing legal/financial assistance to Indian women who are victims of fraudulent marriages and have been deserted by their Indian spouses in foreign countries or are facing divorce proceedings there. Since its introduction, the GBS has witnessed an increase in resources for schemes targeted for women from Rs 143.78 billion in the 2005-06 budget to Rs 881.43 billion in 2012-13. However despite efforts made by Ministry of Finance and Ministry of Women and Child Development (MWCD) to improve reporting, the data and the schemes reflected are inadequate particularly in proportion to the overall size of the Government of India budget.

There are several reasons for this, including inactive Gender Budgeting Cells, transfer of officers who have been sensitised to the issue and, most importantly, the short turnaround time between the receipt of budget provisions by the ministries and departments from the Planning Commission and the submission of the same after disaggregating for gender for inclusion in the budget. Further, GBS is not yet a perfect engendering tool.The format and methodology of the GBS is currently being reviewed. However, unless plans are put in place for including women and girls as well as men and boys in programmes and schemes and sex disaggregated data is collected during the course of the year, the information required for the GBS (on gender lines) will either not be reported or will be a guesstimate.

A case in point is the Ministry of Rural Development’s MGNREGA. MGNREGA incorporates several features that are important for women, such as availability of work close to the village, crèche facilities, etc. Systems for collection and reporting of sex-disaggregated data are in place. However, the Act does not give the right to demand work to all adult men and women and instead vests this right at the level of the household. This meant that women’s right to demand work was subsumed within the entitlement of the household. This was partially rectified later by adding a clause, which required that at least one-third of the beneficiaries be women. Presently, new initiatives are being taken, such as conducting time and motion studies to formulate gender, age, level of disability, terrain and climate sensitive schedule of rates (SORs).

Gender budgeting is not limited to the budget and there are several frameworks, tools and entry points that can be used to incorporate gender budgeting into the work of ministries/departments. GBS is only one such tool. The five step framework and situation analysis, spatial mapping, gender appraisals and reviews, and detailed checklists are some of the other tools developed by MWCD that can usefully be used to enable inclusion.

The Results Framework Document (RFD) is an innovative tool that has been introduced by the Cabinet Secretariat to improve government performance. The RFD is basically a document that forges clear links between a ministry’s/department’s vision, mission, functions and the objectives that it seeks to achieve. Each objective is weighted and operationalised through linking it with clearly defined actions that need to be taken during a given year. Corresponding to each action is a set of success indicators to which target values and weights are assigned. Performance of the ministry/department during the year is measured at the end of the year by comparing achievements on success indicators against the target value agreed at the start of the year. The process is transparent and the secretary of each department presents and agrees to targets with a task force set up by the Cabinet Secretariat.

Like many other policy documents, the RFD too assumes that policies are gender neutral and does not specifically require that success indicators be sex-disaggregated to ensure inclusion. While mandatory indicators would be enabling, as illustrated below, the RFD can be used as an extremely effective tool for achieving plan targets and ensuring inclusion of women and girls.

Linking GBS and RFD: The Case of the Department of Sports

In order to show how the RFD and GBS can successfully be used together to bridge gender gaps, we analysed these documents for the Department of Sports. GBS 2010-11 for the Ministry of Youth Affairs and Sports mentions a scheme entitled National Championship for Women with a demand for grant of RS 11 million in Part A (100 per cent allocation for women) under the budget heads for the year 2010-11. However GBS 2011-12 had no allocation for this scheme in Part A. The GBS Part B listed demands for grants for several schemes for both 2010-11 and 2011-12, viz., Nehru Yuva Kendra Sangathan, National Service Scheme, Youth Hostels, Scouting & Guiding, Rajiv Gandhi National Institute of Youth Development Scheme relating to Talent Search and Training, National Programme for Youth and Adolescent Development and National Youth Corps, which pertain to the Department of Youth Affairs. The Department of Sports did not report any demand for grants in GBS 2011-12.

Now that the GBS, RFD and outcome budgets have been institutionalised, it is time to establish appropriate linkages between them and with other documents compiled by the government in order to effectively bridge gender gaps

Among the objectives listed in the department’s RFD document for 2011-12 was the increased participation of women and disabled in sports. The success indicator for this was participation of women in sports events leading up to a National Championship for Women and had a target of reaching 90,000 women. Further, the RFD indicated that the National Championship for Women scheme had been merged with a scheme called Panchayat Yuva Krida aur Khel Abhiyan (PYKKA). Since clear targets were set for women, this could have been reported in the GBS. Further, several other schemes of the department, such as nurturing of the identified talent pool, include women. Yet, the gender dimension of these schemes is neither reported in the RFD nor in the GBS for 2011-12. The department’s mission for RFD 2012-13 has four success indicators for women and girls. These are:

Now that the GBS, RFD and outcome budgets have been institutionalised, it is time to establish appropriate linkages between them and with other documents compiled by the government in order to effectively bridge gender gaps.

It is true that our founding fathers ensured the simultaneous establishment of suffrage rights for all adult men and women citizens above the age of 211 at the time of the founding of the Republic of India. While Article 14 of the Constitution ensured equality before the law and Article 15 prohibits discrimination on grounds of religion, race, caste, sex or place of birth, Article 15 (3) enables special affirmative provisions for women and children. However, despite efforts at creating an enabling environment for women, “one-third of women aged 15 to 49 had experienced physical violence, and approximately one in 10 had been a victim of sexual violence” (page 166 of Draft 12th Plan based on NFHS 3). With three-fourths of districts across the country contributing to the decline in the female-male ratio for children below the age of 6 years, discrimination against the girl child is no longer confined to the North or to a few states but has almost become a pan-India trend.