If markets and their reforms are excluded from the growth agenda, it will not serve the larger inclusion agenda. The government would do well to invest in agriculture market yards to enhance the reach of farmers to commodity markets, for this holds the future of inclusive growth, writes B Yerram Raju 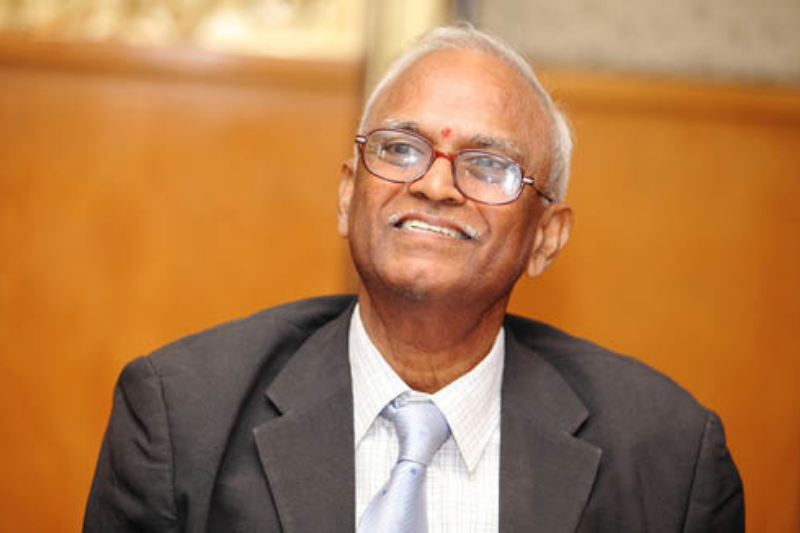 Markets are like the fleas in Jonathan Swift’s poem. Yet in them lies the future of inclusive growth for farmers.Commodity diversification in Indian agriculture has increasingly been taking place to balance the purse strings of farmers but these diversification efforts have not borne results due to imperfections and inefficiencies in commodity markets. Cotton, a cash crop, is grown in large tracts of Andhra Pradesh, Karnataka, Maharashtra and Gujarat. In large cotton markets, despite a cotton exchange, the farmer is in the grip of the broker and other market actors. These private traders never pay the minimum price. Likewise, there is a tobacco board that directs crop production and marketing. Here too the farmers are under the control of middlemen who deny them access at the time they need it the most.

Markets intermediate between producers and consumers. It is proven that they are highly manipulative and exploitative, and regulatory interventions through various enactments have been futile. The larger question is how can we lessen their adverse impact on farmers? How can we make growth inclusive without the farmer getting completely controlled by market forces?

According to a recent study, food – read agriculture – accounts for 63 per cent of retail trade. A 74-million-strong small farmer–wholesaler-small retailer combine – a social inheritance of generations – works, not hierarchically, but laterally through neighbourhood relations. Nearly 60 million small and marginal farmers from 680,000 villages sell their produce at 47,000 markets (haats) to nearly 15 million wholesalers and retailers. It is the largest decentralised business in the world. They all operate within a radius of 16 kilometres of where they live. Yet, only 40 per cent of the produce is traded; the balance (60 per cent) is barter-shared by social relations within the villages.

A study commissioned by the World Bank in 2007 showed that in India the average price received by a farmer for a typical horticulture product is only 12-15 per cent of the price paid by the consumer. It has also been found that there is wide disparity in the prices of horticulture products across markets in the country. For instance, on the basis of available data, the mandi (wholesale market) prices for brinjal averaged Rs 1187 per quintal in December 2010. However, prices aggregated by the states ranged between Rs 342 (in Uttarakhand ) to Rs 3,554 (in Tamilnadu) per quintal and the coefficient of variation was 62 per cent. There were violent fluctuations in vegetable prices in different parts of the country that brought distress to both farmers and consumers alike but left the middlemen rich.

Pricing of commodities is inextricably related to aggregation, which can come from farmers organising themselves into groups or clusters in order to maximise their bargaining power with the retail market

According to C Rangarajan modern retailers tend to procure more from large farmers. Hence, gain from modern retail goes to a privileged section of farmers. Therefore, there is need for aggregation and this aggregation can come from farmers organising themselves into groups or clusters in order to maximise their bargaining power with the retail market. The inclusive growth agenda demands that farmers seize the market so that they gain the price advantage.

There are large unorganised and organised retail markets that have sprung up in the post-liberalisation period. Nearly a third (65 per cent) of agricultural produce continues to be locally disposed of in respect of food grains and cereals. Pricing of commodities is inextricably related to aggregation and effective intermediation between the producer and the consumer, which in economics is called supply–demand interaction. It is the market that facilitates this aggregation and if it is inefficient who is responsible to remedy this? Naturally, the State, which should step in with effective regulation and controls.

Four major interventions by the government so far have been: a) establishment of marketing cooperatives; b) buying of farm produce and price fixation; c) regulation of markets; and, d) direct intervention and public-private partnership ventures. Even though each intervention has had its merits, they have suffered from either excesses or maladministration, reflecting poor governance. How do we reduce the domination of intermediaries to ensure proper prices and higher margins for the farmer/producer? In order to do this, the government must be responsible to provide comprehensive facilities and good governance and administration of market yards.

To reduce the domination of intermediaries and ensure proper prices for the farmer, government must be responsible to provide comprehensive facilities and administration of market yards

Management boards of agriculture market yards should represent the large number of small and marginal farmers and lease holders instead of traders. It should be the body to decide on a host of areas through a number of committees (recruitment committee; audit committee; risk management committee; investment committee; grievance redressal committee, etc.) with qualified professionals. This has been provided for in the 97th Amendment to the Constitution Act of 2012 and should guide their effective functioning.

The government has permitted multi-commodity exchanges ahead of creating spot markets that hold up price discovery mechanisms for the farmer. If spot markets come up at agriculture market yards, the threshold of a farmer’s entry into the market, it will resolve many issues. These require huge investments that can now be facilitated by FDI but the strings must remain in the hands of farmers.

Each market yard has to computerise its operations from the entry of the farmer with his produce into the market. Each farmer bringing produce to the yard can be given a biometric smart card linked to the Aadhaar card. Once the farmer swipes the smart card at the gate, it should simultaneously record the stated quantity of the produce brought in, verified with the laden weight of the mode of transport. It should also record the handling, hamali (labour) and weighment charges payable by the farmer on the declared quantity. Depending on the time of arrival, the farmer gets an entry pass into the dormitory or lodging facility for overnight stay by means of a dormitory coupon, the charges for which can be deducted from the payment for the produce he will get. The produce needs to be given a bin card, unloaded and kept at the weighing platform linked to a computer. The computerised record of the weighment passes on through the network to the grading chamber. After grading, the second weighment takes place in accordance with the grades and the prices determined on the trading or auction platform. This information again moves through the network to the packing department. The graded produce is appropriately packed with computerised labeling. It then moves to the cash counter where the farmer, on production of the smart card, gets payment after deducting service charges (which are displayed on a tariff board). Payment can even be credited to his bank account instantly through a wire transfer. No farmer must be allowed to pay in cash for any service, including for the hamalis. The payment for hamalis can be settled by the agriculture market yard as agreed upon intervals. The hamalis should also be covered under existing social security systems for unorganised workers.

Alternatively, the farmer wanting to sell his produce at a future date goes to the spot exchange located in the same premises. He can opt for storing his produce in the accredited warehouse or in cold storage in the same yard or at a location close by, and obtain credit to the extent of 75 per cent of the market price of the quantity stored (after deducting storage charges) by pledging the warehouse receipt. If the actual realisation falls short of the predetermined market price at the future date, he must get the price at which he stored the produce. Large and medium farmers must insure their stored produce at their own cost; the state can bear the burden for small and marginal farmers. Small and marginal farmers should be provided the pre-declared subvention for insurance and credit and such payment should be made online by the Department of Agriculture into the claimant’s bank account.

Instead of frittering away subsidies, the government would also do well to invest in agriculture market yards through public private partnerships to enhance the reach of the farmer to commodity markets, for this holds the future of inclusive growth for the farmer.