The report of the Financial Sector Legislative Reforms Commission will be a blueprint for legislative reforms in the financial sector. As a pragmatic measure there should be a set of doable legislative reforms which could realistically be expected to be implemented, says S S Tarapore 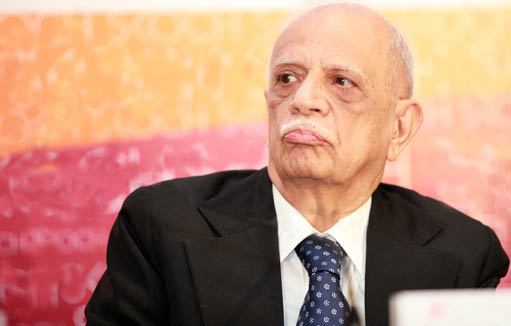 The Financial Sector Legislative Reforms Commission (FSLRC) set up in April 2011 (with a tenure till March 2013) is a major initiative. The commission’s report should be implemented in order to bring about much needed reforms in the financial sector. Some issues of the debate which the commission could well consider are outlined below.

The present RBI Act carries the baggage of an era where the colonial power in Delhi was suspicious of the leanings of the emerging RBI towards ‘nationalist’ aspirations. This resulted in certain restraining clauses in the Act which reduced the RBI to a vassal state. It is unbelievable that such clauses continue to remain.

The government has punitive powers to terminate the services of the governor or a deputy governor of RBI without ascribing any reason and the concerned person cannot seek redressal. This goes against the grain of basic jurisprudence. Nowhere in the world are there such humiliating clauses in a central bank’s legislation and such clauses should be peremptorily excoriated from the RBI Act.

At present, the tenure of the governor or deputy governors is not clearly set out and the policy is ad hoc, varying from person to person. The tenure of the governor and deputy governors should be a single non-renewable term of seven years spanning the political cycle. Termination should be only after a full hearing and Parliamentary ratification of the indictment by a two-thirds majority.

Remuneration and benefits of RBI employees, including top management, are determined by the government. In fact the overall package for top management is such that governors/deputy governors are “punished” for accepting the post; the concerned appointees are discriminated against similar ranked officials in the government and, in fact, would be better off if they remained in lower level posts! It would be best that the revamped legislation allows for remuneration and perks of top management to be decided by the RBI board.

Framework for Government-RBI Interactions on Formulation of Policies

The government has an overarching role in the formulation of RBI’s policies. While some role for government is necessary, there needs to be an institutional framework backed by suitable legislation. The law should provide for an agreement between the RBI and government laying out the objectives of the monetary policy. The agreement should be available in the public domain. Its objectives should be clearly set out, preferably in quantitative terms, and there should be an ordering of priorities. If and when the objectives are changed, these should also be placed in the public domain. Thereafter, the RBI should have total independence in the choice of instruments. Presently, the government back-seat drives both the objectives and instruments and thereafter resorts to public “RBI bashing”.

Many countries have, under legislation, a Monetary Policy Committee (MPC) with external members which takes decisions on monetary policy. While I have, for some time, been an advocate for the setting up of an MPC backed by legislation, there appears to be a need to rethink this issue. For a decision-taking MPC external members would need to give up their other activities and be provided powers to function within the bank. In the Indian context, it would not be possible to persuade external members to give up other activities as the remuneration package would be totally inadequate. Again, since a formal MPC with decision-taking powers would be appointed by the government this may not be the best of arrangements. On reflection, the present loose arrangement of a Technical Advisory Committee on Monetary Policy, without decision-making powers, may perhaps continue to be the best arrangement in the Indian situation.

The current legislative framework enabling the RBI to stipulate the cash reserve ratio (CRR) and the statutory liquidity ratio (SLR) is apposite and should be retained. There is, at the present time, a raging debate that the CRR should be drastically reduced or preferably abolished and, if continued, the law should be amended to enable interest to be paid on CRR balances. The present legislative prescription that does not allow interest to be paid on CRR balances is a salutary principle and it would be a serious error to alter the present law. CRR is the most effective instrument of monetary policy. Payment of interest on CRR balances dilutes the effectiveness of this instrument as cash balances which are impounded are in a sense paid back to banks. The choice is between a low CRR prescription without interest on these balances or a high CRR prescription with interest on these balances. Given these two alternatives, a low CRR prescription without interest is preferable both from the viewpoint of monetary control as also the interests of banks. The argument that with the development of Open Market Operations (OMO) the CRR can be dispensed with is a non sequitur. OMO, far from being an effective instrument of monetary control, is in essence a prop to enable the government to borrow more at low rates of interest. Thus, any dilution of the present legislative framework relating to reserve requirements would be inappropriate, at least for the next few years.

The post office savings bank has great potential and has readily available infrastructure throughout the country. The entire banking system is no match to the spread of the post office system

In addition to the Banking Regulation Act, a number of banking laws have emerged in the context of nationalisation of banks. Ideally, all banks should be governed by a single Banking Regulation Act. All banks should be incorporated under the Companies Act and should be licensed by the RBI. Any unification of the various banking laws would get unstuck as the government wants to retain majority ownership in public sector banks and is not prepared to give up on the separate legislation which governs public sector banks. Under a unified banking law, public and private banks would be subject to the same stipulations regarding extent of ownership by the sponsor. Thus, despite the labours of the FSLRC, the present proliferation of banking laws is likely to continue.

At present, both banks and non-bank entities raise deposits, though there have been increasing restrictions on non-banks raising deposits. Eventually, deposit taking should become the exclusive prerogative of banks. This would not mean stifling growth of non-bank entities. To the extent that non-banks wish to undertake deposit taking, it would only be appropriate that these institutions convert themselves into banks. Furthermore, non-bank, non-financial companies should not be allowed to raise public deposits. There is a well articulated viewpoint that making deposit taking a sole prerogative of banks would give rise to oligopolistic practices which would stifle competition. On balance though it would appear that deposit taking should be made an exclusive prerogative of banks. The FSLRC will, hopefully, address this issue in extensio.

While entry norms for setting up banks should be exacting, the entry window should be open at all times. Under the present system, there is a flurry of licenses granted after which the window is shut till it is opened once again. If deposit taking is made an exclusive banking privilege, it is imperative that the window for application for a banking licence is open at all times. It is only under such a system that effective competition can be ensured.

The legislative framework for mergers and acquisition of banks needs to be clearly set out. The FSLRC should examine the merits or demerits of the RBI or the Competition Commission being the appropriate regulatory authority.

Bank fixed deposit interest rates were freed in the late 1990s and each bank has evolved its own structure; the deregulated rates have worked well. In contrast, when the savings bank deposit rate control was lifted in 2011, most banks have maintained the savings bank interest rate at 4 per cent, which was the rate prescribed by the RBI till the rate was deregulated. This is a clear case of cartelisation, which should be subject to scrutiny by the authorities

The legislative framework relating to cartelisation needs to be elaborately set out. At present there is a real-life case of cartelisation in the banking industry. Bank fixed deposit interest rates were freed in the late 1990s and each bank has evolved its own structure; the deregulated rates have worked well. In contrast, when the savings bank deposit rate control was lifted in 2011, most banks have maintained the savings bank interest rate at 4 per cent, which was the rate prescribed by the RBI till the rate was deregulated. This is a clear case of cartelisation, which should be subject to scrutiny by the authorities. The FSLRC should consider developing strong legislative safeguards against cartelisation in the banking industry.

Financial inclusion has been centre-stage in policy deliberations relating to the financial sector. While this issue has received copious attention, there is need to deliberate on certain structural. The post office savings bank has great potential and has readily available infrastructure throughout the country. The entire banking system is no match to the spread of the post office system. Hence, if financial inclusion is to be a serious policy objective, it is necessary to harness the potential of the postal system. While examining the legislative support required for financial inclusion, the FSLRC should design legislation that facilitates the transformation of the postal system into a full-fledged bank.

The FSLRC needs to deliberate on strengthening the present legislative framework on regulation and supervision. A basic principle should be that the regulator/supervisor should be the agency which ultimately provides liquidity. Internationally, the jury is still out and in India we would do well to avoid adventurist experimentation of separating regulation/supervision of banks from the RBI. There is, however, a case for legislative backing for a board of regulation/supervision within the RBI.

There is also need to incorporate Prompt Corrective Action (PCA) into the financial legislative framework. Furthermore, a system of deterrent penalties needs to be put in place as the present penalties are mild and ineffective. The regulatory framework should be unequivocal and supervisory action should be unrelenting. Timeliness in taking corrective action is tempered by the fear that naming and shaming a bank can cause a run on a bank. What permeates through the Indian psyche is that banks should not be allowed to die. If banks are not allowed to die, new ones cannot be born.

The Indian deposit insurance system is the second oldest in the world; yet it is totally ineffective as the present agency is a mere pay out agency. A basic tenet of insurance is variable premium based on risk. Yet, the Indian deposit insurance system is based on uniform premium. The fear of moving over to a variable premium is that a higher premium prescribed for a bank could trigger a run on the bank; such fears are, however, unfounded as depositor loyalty is extremely strong. If, at all, there is gradual movement of deposits from poorly functioning banks to well functioning banks, this will strengthen the overall banking system.