The reach of co-operatives is far more than the rest of the financial system. Their rejuvenation will usher in a growth model that will provide the rural poor access to a variety of economic services. The proposed legal reforms in the UN Year of International Cooperation seem to augur well for financial inclusion efforts, says B Yerram Raju 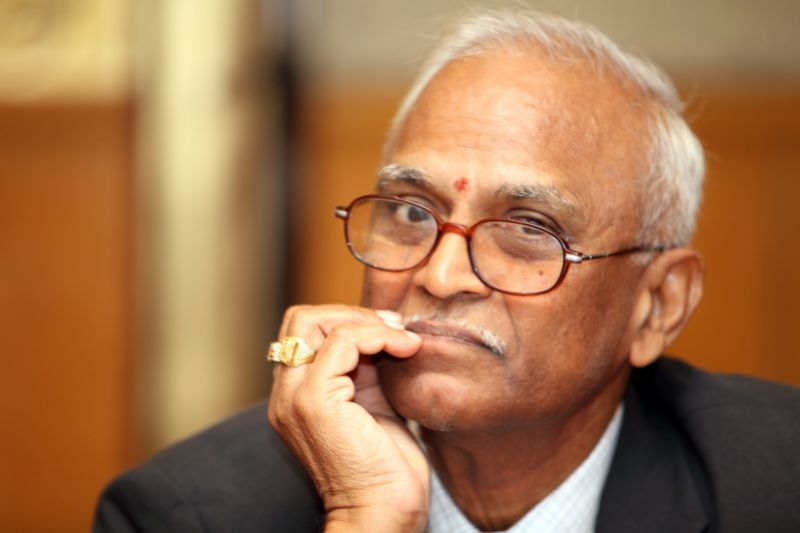 The Constitution (97th Amendment) Act 2011 has been enacted by Parliament to aid the promotion, ownership, control and management of co-operatives by members and seeks to reduce State control and partnership. All States need to formulate a New Co-operative Act in line with the 97th Amendment before 11 January 2013. Wherever two Acts are in force, a single unified Act is advised, keeping a separate mechanism to tackle any legacy issues arising from the old legislation.

The origin of the rural co-operative credit system lies in what is now termed as “financial inclusion”. As far back as 1904, wide geographical coverage was envisaged for extending credit on easy interest rates to farmers. Co-operative societies in India extend various services that include providing finance to its members. They occupy 7.4 per cent of the financial space in the economy.

Institutional reforms have become critical as global impacts cast their shadow on India’s growth trajectory. It is widely acknowledged that with agriculture’s share in GDP falling to 15 per cent, sustainable growth in other sectors is no insurance and over 50 per cent of the population will continue to depend on agriculture. There is a binding relationship between agriculture and co-operatives since the beginning of the 19th century and this is all the more reason for intertwining institutional mechanisms that will usher in stability and sustainability.

Failure of the Co-Operative System

“Data indicate a fall in the share of co-operatives in the rural credit market from around 62 per cent in 1992-93 to about 34 per cent in 2002-2003 in spite of an increase of just fewer than 10 per cent per annum in absolute disbursement on a compounded annual basis.” Originally, Primary Agricultural Co-operative Societies (PACSs) were set up for every four villages with a membership of 3,000. With time, threatened with unviability, their reach has become restricted and numbers have shrunk. The three-tier and two-layered structure (one for short term, and the other for long and medium term) also suffered in some parts of the country (for instance, Andhra Pradesh) following the Hazare Committee (1971) recommendations. The Single Window System introduced in the 1980s truncated the number of societies to less than that of rural commercial bank branches in Andhra Pradesh.

While there are as many as 97,410 co-operative banks, of which more than 98 per cent are rural co-operatives, barely 50 per cent of them are active in the rural credit system

State policy during the 1950s was premised on the view that the government should ensure adequate supply of cheap institutional credit to rural areas through co-operatives and therefore should supply equity and support management and governance. The National Bank for Agriculture and Rural Development (NABARD), set up in 1982 on the recommendations of the Sivaraman Committee, found sagacity in supporting a state-partnered and state-governed co-operative credit structure. Instead of tackling the root causes of their weakness, States took responsibility for strengthening co-operatives by infusing additional capital and a “professional” workforce. Both the State and the workforce then began to behave like “patrons” rather than as providers of financial services. While there are as many as 97,410 co-operative banks, of which more than 98 per cent are rural co-operatives, barely 50 per cent of them are active in the rural credit system.

The Committee on Financial Sector Assessment (Rakesh Mohan Committee) recognised the “potential conflict of interest between the supervisory and development functions of NABARD.” The Sardesai Committee also felt that by virtue of their “scheduled status” it would be more appropriate for these entities to be supervised by the Reserve Bank. The Committee on Financial Sector Assessment (CFSA) called for segregation of NABARD’s role as a development financial institution and as a regulator/supervisor of rural financial institutions. It also suggested the formation of a board of supervision with members drawn from the NABARD board with regulatory/supervisory experience. A supervision board has now been set up by NABARD.

PACSs have the advantage of conducting non-banking business and, therefore, have the potential for being the most effective instrument of financial inclusion

The big picture of the rural co-operative credit system as it stands today has been described by many as credit clubs with duality of regulation and lack of accountability. The system suffers from archaic accounting and audit standards that require total correction for strong financial discipline. Historically, co-operatives have carried the legacy of creating and tolerating imbalances in their accounts. The Vaidyanathan relief package, well intentioned and well structured, failed to revive the PACSs due to inefficiencies in delivery and inability of State governments to conform to the conditions. The MoUs did not entail any penalties on the stakeholders, particularly the State governments. The package became a milking cow for the system at large, except the intended target group, the PACSs.

All District Central Co-operative Banks (DCCBs) were to be licensed by March 2012 under the Banking Regulation Act 1949; there are still 43 unlicensed DCCBs that could not even meet the relaxed licensing norms. The blame rests not so much with the duality of the regulatory system as with the over-politicised DCCBs.

There can be no two opinions on the need for professionalisation of co-operative societies at all tiers and levels. NABARD’s Human Resource Development Committee has left many gaps that require immediate attention. It is desirable to draw on the expertise of some public sector banks in this regard.

Introducing technology in PACSs can no longer be delayed. Connectivity to the rest of the lending system and becoming part of the overall payment and settlement systems will enable information symmetry. This in turn will rebuild trust in the system at the grassroots.

The PACSs’ ability to mobilise deposits and raise members’ share capital is extremely limited. This can, however, be reversed if the deposits secured by PACSs can be insured by the Deposit Insurance and Credit Guarantee Corporation of India on the same lines as for commercial bank deposits with the usual caveats, such as following KYC norms, and additional leverage as a consequence of lending for non-farm activities.

Net margins of PACSs should be improved with direct refinance assistance from NABARD or through State Co-operative Banks (SCBs). In fact, the S G Patil Committee suggested immediate de-layering as an option to be examined by all States.

The SCBs, DCCBs and PACSs should arrange for sharing of staff and administrative costs of the PACSs in an agreed proportion for the next three years, subject to review thereafter. Otherwise, NABARD can bear such costs as viability gap assistance for three years. It can then impose restrictions on recruitment and governance policies at the PACS level for financial discipline.

PACSs, unlike commercial bank or gramin bank branches, have the advantage of conducting non-banking business. They can be one-stop shops for the farmer to access inputs, credit, storage and marketing of produce by paying reasonable costs appropriate for such non-credit services. PACSs carry the advantage of cross-holding of risks more efficiently and effectively. They, therefore, have the potential for being the most effective instrument of financial inclusion, if they can be brought back to health as economic entities.

It remains to be seen whether the States will embrace the legislative reforms under the 97th Constitutional Amendment. There is already a public interest litigation from Gujarat in the Supreme Court questioning the propriety of such an amendment, taking exception to the Centre encroaching into the State subject of Co-operation.

While I bat for co-operatives in the credit arena, one question put to me by a regulator haunts me: “Do people want these co-operatives? Or do politicians want these co-operatives?” The relevance and capabilities of these grassroots level institutions as viable and effective instruments of financial inclusion cannot be underestimated. The answer lies in re-visiting strategies, and re-inventing and re-engineering them with a strong will, timely interventions and monitoring.