These are trying times for us. But each downturn also provides with an opportunity. Taking forward looking decisions and pushing the reform agenda will sync well with expectations of the corporates in particular and people in general. A mix of productivity, competitiveness, per capita income, financial markets and employment generation holds key to success, says Joseph Massey 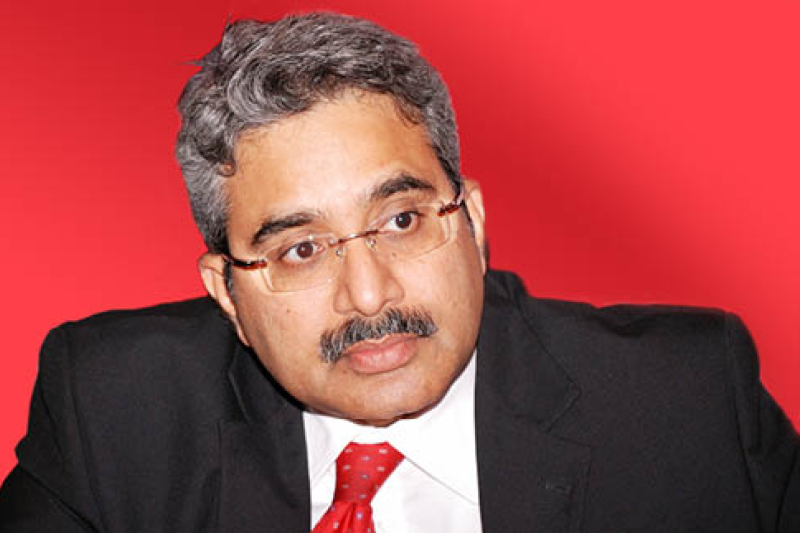 In the context of markets, we should look at it not just in terms of how the market place looks like but what markets are doing or can do for the benefit of the economy. I would say that it is the latter that changes the whole paradigm of looking at the market place. It could be linked with policy or the financial sector or even to the expectation of the citizens by way of this ‘dissatisfaction’ quotient
Joseph Massey, MD & CEO, MCX Stock Exchange. Based on his address during 29th Skoch Summit, Mumbai

In order to give a fillip to the economy, policy makers across developed economies are working to increase investments while boosting exports. This is in hope to sustain growth and employment rates when the domestic consumption is at one of its lowest. One reason for these economies to slow down is that they have lived with a sense of ‘satisfaction’ for over three decades. During this while they neither realised nor expected that they could ever face recessionary times.

While there is a sense of dissatisfaction world over – for us there is a positive side to it. As a result of raging debate around economic issues, the common man on the street has started to value nuances of economic independence, growth and has become ambitious. The upside for us is that this kind of ‘economic awareness’ was perhaps unthinkable during pre-liberalisation phase. We grew up in an environment of limitations and restrictions. We have seen the dull side of economy during pre-1990s and brighter side of it post-1990s. Our sense of ‘dissatisfaction’ is charging us with positive energy.

It is my belief that we have to collectively pursue our goals to cause a change. These are trying times and such times coupled with conscientious decisions only bring in change.

But our pace of policy change and pace of economic growth are at two different speeds. The mismatch between the two is keeping us from moving at a faster speed. Take for example, if out of ten issues being debated, seven go through, it is a good number. But the question is: are we debating enough number of issues around which policies can be framed and decisions could be taken? There are three things that have to become sine-qua-non with policy debate and these are – time, scale and cost. Unfortunately, none of the policy debates are being tagged to these three extremely important elements – in absence of which change has become difficult to expect or come by.

We have learnt several things while moving along. While during the 1990s, due to policy changes the domestic market started looking different, due to global changes we achieved scalability. But time and cost remained unaddressed. We could have done many things when the global backdrop was better. Alternatively, we can take those decisions today but global outlook is bleak. Will we succeed with the same degree as we did back then, the answer is no! It is only a combination of these three elements that can make us more market friendly and competitive in the global context.

In the context of markets, one way is to look at standard set of data and say this is what I am and this is how I am growing. Another way of looking at it is not in terms of how the market place looks like but what markets are doing or can do for the benefit of the economy. I would say that it is the latter that changes the whole paradigm of looking at the market place. It could be linked with policy or the financial sector or even to the expectation of the citizens by way of this ‘dissatisfaction’ quotient.

Amongst the emerging markets in Asia, India’s per capita income is one of the lowest. Even with 8 per cent-plus GDP growth during last few years, masses have only grown suspicious of the growth in the economy. They have lived over two economic boom decades expecting trickle down effect to positively impact their lives. This has left people dissatisfied and the sense of ‘doing’ is perhaps stronger than ever. This is not restricted to one sector alone. Growth should not be measured in terms of GDP growth only. There is something called happiness that comes with all round growth rather than concentrated growth where only a few participate and benefit. Employment generation and means of livelihood increase the per capita income and make everyone a participant in growth.

There is no running away from increasing the productivity. Reforms are necessary even in those areas where policies have become archaic and hamper taking context sensitive decisions. Productivity and competitiveness are key issues for enterprise development in any country, and employers’ organisations have an important role in underpinning this in their policy work and in providing services to their members on issues relating to productivity and competitiveness. Productive enterprise development means that enterprises can do business with ease, create new and additional jobs, which in turn is one of the most concrete and important contributions to national efforts towards inclusive growth that results in poverty reduction.

We have almost achieved that the nation could aspire to be on the fast track. Domestic markets, institutions, products, infrastructure, policy framework – are all in place. With the recent decision to allow Qualified Foreign Investors (QFIs) to directly invest in Indian equity market in order to widen the class of investors, attract more foreign funds, reduce market volatility and to deepen the Indian capital market, a lot has been achieved. QFIs were initially permitted during the budget announcement of 2011-12 to directly access Indian Mutual Funds.

Foreign Capital inflows to India have significantly grown in importance over the years. These flows have been influenced by strong domestic fundamentals and buoyant yields reflecting robust corporate sector performance.

All these things are good for the nation. If we take an extra step and say we are creating these things not only for the Indian market but regional markets, the whole context would change. If these markets were to perform for the region, India will certainly have a role to play by virtue of being a strong regional financial player. It is just a question of looking at the same policy but from the scale perspective. What I am saying is that the scale is not about India; it’s the region. If we were able to put productivity, competitiveness, per capita income, financial markets and employment generation together, the sense of dissatisfaction vis-à-vis economy that is growing would be reversed. And there would be a clear match between the expectation and rate of change. Whatever we have to achieve has already been targeted and identified, it is at some stage of decision-making; we need to see action now. In less than five years we shall credit these decisions exactly the way we credit decisions taken way back during the early 1990s.