Chidambaram: An Easy Person to Categorise

Mr Chidambaram is an easy person to categorise. You either like him or you don’t. By the same token he either likes you or he doesn’t. If he doesn’t, you are usually left in no doubt about it. Y S P Thorat recounts some exclusive moments that he spent with him 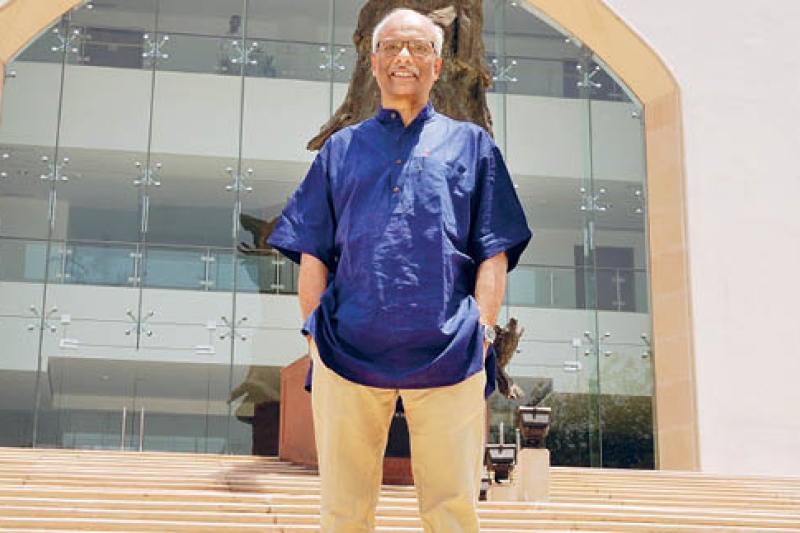 The first time I met him, which despite his prodigious memory I am sure he won’t remember, was when during his first tenure as Finance Minister, I was asked to brief him from the Reserve Bank of India (RBI) side on a Parliamentary question together with the concerned Joint Secretary. On the earlier day both of us met, went through the background papers, tied up our briefing notes and went off to the Delhi Gymkhana for the evening. Early next morning we were shown into the FM’s office together with a colleague from NABARD. The FM looked up, said, “Yes?” and we launched into our “rehearsed brief”. However, even before we had got into the subject, he interrupted us and said ‘Gentlemen, please turn to Annex VI, line 4 from the top, column 4. Kindly note down the figure. Now turn to Annex XXI, line 6 from the bottom, column 3 and note down the figure. “Can you tell me why the two figures don’t tally considering they refer to the same thing?” We were non-plussed. We had seen the Annexures ‘generally’ and the last thing we expected was that the FM would have gone through them with a toothcomb. However, before we could frame a reply, he thundered, “If this is the quality of data given to the Finance Minister, what do you furnish to others?” And close on its heels, “Who is responsible for this?” For some inexplicable reason both the JS and I looked at each other and then at the NABARD official who was looking at the ground. The intention was not to make him the scapegoat but that’s what happened. I remember coming out of his chamber with a sense of awe that if the FM reads and remembers the data even in the Annexures, he certainly deserves our respect.

When I joined NABARD, I was required to work closely with his Ministry and him. We worked together on the 2004 initiative to ‘double the credit’ to the farm sector. The original slogan gave us some trouble because what it implied was a quantitative doubling of credit while what best could be done under the circumstances was doubling the rate of growth! But that apart, the idea was Mr Chidambaram’s. He piloted it with zeal, worked out the implementation strategy with scrupulous attention to detail and monitored it with a diligence, which ensured that in the next 3 years the desired outcome ‘happened on the ground’. In fact, flow of credit to the farm sector used to be the first item on the agenda at his quarterly meeting with the chiefs of public sector banks!

During this period, Mr Chidambaram went on an extensive field tour and I, together with CMDs of concerned public sector banks, had an opportunity to accompany him. We reached Madurai a day before the FM arrived. The message from Delhi was that he would be visiting ‘designated’ bank branches and that we were required to travel with him in his car, a prospect not very attractive, partly because facing him for any length of time appeared daunting and partly because of an apprehension that this was going to be another ‘Loan Mela’. In the end, we decided to mitigate the risk and setup a relay system under which the concerned CMD would travel with the FM to the bank branch.

As soon as the FM arrived at the Circuit House, his political colleagues surrounded him. He spoke to them for a while and then bid them goodbye saying, “On this trip I will be accompanied only by officials.” And true to his word, during the entire trip he was the perfect professional, taking on the bankers on their own turf, in their own language, spurring them to better action but always mindful of their concerns. He exhorted branch managers to lend without fear while continuously reminding borrowers that what was being given was public money, which simply had to be repaid. On this tour he not only pushed agricultural lending but also, and equally so, education loans. His argument was simple: to be globally competitive, India needed a strong ‘knowledge infrastructure’ and in this task, bankers needed to play their role. Driving with him one late evening I asked whether I had his “permission to be impertinent.” He appeared taken aback but nodded. Referring to the way in which he interacted with members of public and explained things patiently to them in great detail, I said “Sir, I feel there is a lost teacher in you.” Just for a second his eyes lit up, he smiled and then got back to his famous serious face.

Regional Rural Banks (RRB’s) were reduced at that time to a footnote in the banking agenda. Mr Chidambaram, however, recognised their potential for last mile connectivity and encouraged them

Another memory of Mr Chidambaram is the way he used to handle the meetings with public sector banks and financial institutions. His understanding of the subject and grasp of the agenda was awesome. Coupled with his memory, it could often be lethal as many of us realised to our cost. One often thought at the time, that he over micro-managed and went into unnecessary details. But in hindsight it appears that in an environment characterised by convenient generalisations, his approach was a breath of fresh air. He neither generalised nor minced his words and would inevitably pin the participants to specific answers, specific action points and specific timeframes.

I saw this happen at various fora but particularly in respect of Regional Rural Banks (RRB’s) – reduced at that time to a footnote in the banking agenda. Mr Chidambaram, however, recognised their potential for last mile connectivity and encouraged them. When the first meeting was convened, we thought that it would be a one-off affair. No one believed that RRB chairmen would be placed on an equal footing with their commercial bank counterparts and given the same respect. Yet it was so. He addressed their issues – both operational and HR – and injected a new feeling of confidence. The RRB’s have much to be grateful to him.

In 2006, RBI effected a wage revision for its staff. The expectation in NABARD was that it too would get the same deal on the basis of the ‘principle of parity’. This, however, did not seem very much to be on the cards. The signal from the Government was that NABARD could no longer hope for a mutatis mutandis parity with the RBI and needed to evolve its own framework on the PSB model. On the other hand, the ‘unions’ were equally clear that parity was an acknowledged right and that they would have it. The President of the union communicated to me in elegant but no uncertain terms that the institution would face problems if the aspirations of the staff were not met. Finding ourselves between two equally unattractive options, we struggled hard to design a solution, which would be satisfactory to both. Following a great deal of negotiations, we agreed on a wage revision package similar to that of the RBI but linked, for the first time, to measurable productivity related deliverables from the employees at various levels. With great hesitation I took it to the FM whose first comment was, “this is a mirror image of the RBI package, is it not?” “Yes Sir,” I replied, “but wage increase of the RBI staff is not linked to increased productivity indicators while ours is.” He re-read the document, looked at me straight in the eye with a ‘I-know-what-you-are-upto’ expression and said, “give me a written assurance that no facilities or perquisites will be added.” This was done and the package received his assent. I have always believed that in clearing the wage revision proposals he knew he would be ruffling a few feathers but went ahead nevertheless in the larger interest of the institution.

I saw him at his diplomatic best when I assisted him in ‘selling’ the Vaidyanathan package for recapitalisation of co-operatives to the state governments. He knew he had an uphill task and that state governments would oppose some or all of the legal and operational conditionalities precedent to capitalisation. But in meeting after meeting with them he patiently answered their queries and addressed their misgivings till a national consensus emerged. This was my first exposure to understanding the difference between ‘prescribing’ conditionalities in a report and making them ‘acceptable’ on the ground. It was a great learning experience.

There is a human side to him too. In furnishing an estimate for government’s refinance support, I made a serious error, which went unnoticed all the way to the top. On its coming to light he was upset and asked Secretary (Financial Sector) and me as to who was responsible? Unlike on the first occasion when I had looked at the NABARD official, I said, “I am, Sir.” “What should we do with you?” he retorted. I don’t know from where I found the courage but said, “I suppose you will have to hang me, Sir”

There is a human side to him too. In furnishing an estimate for government’s refinance support, I made a serious error, which went unnoticed all the way to the top. On its coming to light he was upset and asked Secretary (Financial Sector) and me as to who was responsible? Unlike on the first occasion when I had looked at the NABARD official, I said, “I am, Sir.” “What should we do with you?” he retorted. I don’t know from where I found the courage but said, “I suppose you will have to hang me, Sir”. He glared at me for a moment and then his eyes twinkled and he said, “No, no, we can’t do that at all. Vinod, see how the position can be regularised.”

My experience was that give or take a little bit, Mr Chidambaram was right most of the time. One instance, however, disproved this hypothesis. At his book launch, my wife Usha and I were invited to the function. Later he autographed a copy of his book for us with this message, “To Usha and Yashwant – two of the very fine bankers I have known.” He was right about Usha – which, in this instance at least, made him right only half the time!