Revive Faith in the Indian Economy

I would really work for the delivery end. Food prices going up was really a question of supply side mismanagement and some blockades in the supply side. So, primary attention has to be to the economy and as soon as the nation picks up its confidence on the economic side then we need to address the other side, i.e., restoration of law and order, says Jaswant Singh 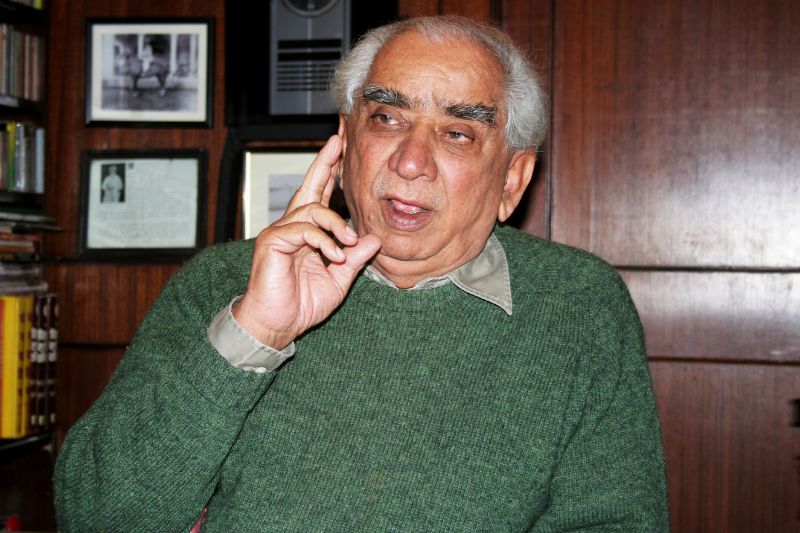 We are in a situation of the later Moguls and history is repeating itself. During the reign of Shah Alam, his writ ran up to Palam. Manmohan Singh’s does not go beyond even Race Course Road and it is a matter of great concern. We today find ourselves in a situation marked by total paralysis of decision-making. Governance of India is not an easy task and the challenges that it throws up on a day-to-day basis are mind boggling. Fearfully so, these are defeating the government.

In a way, it is defeating the opposition too as even we are not in a position to offer anything other than bitter opposition. Earlier we would have offered an alternative not only in leadership terms but also an alternative budget. What has gone wrong?

I recall the India Shining campaign, which was unfortunately cut short due to premature elections. We received a lot of flak from several quarters that it was a shining BJP campaign. But the fact of the matter is that we did bring down inflation despite famine, two cyclones, a major earthquake, economic sanctions (in the wake of Pokhran II) and two wars – Kargil and the Gulf war.

I don’t treat GDP as a sacrosanct figure as I have said on several occasions. I would much rather talk of GNC (Gross National Contentment). It’s not a finance minister’s job to knit-pick and do quick-fix measures. The finance minister has to have a much broader worldview of what India is all about. Survival budgets are all that we have been getting for several years with no long-term vision on reforms agenda. What started as first generation reforms two decades ago remains unfinished even today.

The first requirement is really confidence. How do you do it? The answer really lies in taking decisions. You can’t prevaricate. We need to immediately work at restoring fiscal discipline

If I had carte blanche, I would immediately revisit the Reserve Bank of India’s (RBI) policy. India’s economic activity must pick up for us to move on. India has sufficient foodgrains – millions of tonnes in buffer and several more millions in stocks with farmers – so the answer does not lie in a Right to Food Bill. Escalating food prices were really a question of supply side mismanagement and some blockades in the supply side. Some of these policies which are born of do-goodism or the kind of Western welfare-ism must be re-examined. I would revisit MGNREGA because what it has done is to completely perverse the labour market in rural in India. I would really work for the delivery end. So, first attention has to be paid to the economy and as soon as the nation picks up its confidence on the economic side then we need to address the other side – restoration of law and order, etc.

To cite an example of confidence building, I can talk of the Unit Trust of India, the very first task I was entrusted with in the finance ministry. My objective was to restore investor confidence and I was given a free hand. That was my greatest source of strength. It helped me push for direct tax reforms, tax administration and in the infrastructure sector.

The first requirement is confidence. How do you do it? The answer lies in taking decisions. You can’t prevaricate. I remember one cabinet meeting in which both the prime minister and L K Advani were asking for some work that involved huge expenditure. My sense was telling me this was a waste of money. And the prime minister finally said that we could not go ahead if the finance minister does not approve of it. It was a very great expression of confidence.

I must admit that I had a great team in Vijay Kelkar and Y V Reddy. I could rely on their individual expertise to work on tax reforms and other fiscal measures. I took the daily challenges by making it a team responsibility. You should be able to carry everyone with you.

The telecom revolution arrived in India before anyone in the government realised it. As External Affairs Minister, during one of my visits to Hong Kong, I was asked to give a talk at the Asia Society. They asked me what is the secret to India’s sudden spurt in telecom and software and I said, frankly it is Indian enterprise that has taken the lead. So, really the progenitor as it were of the software revolution is the Indian entrepreneur, not the Government of India.

The NDA government under Atal Behari Vajpayee was known to have pushed for reforms in infrastructure – highways, village roads, the golden quadrilateral, doing away with the queue culture in supply of essential items like LPG and bringing a paradigm shift in India’s relations with the US

Therefore, we do not have to look outside for answers. The mess that throws up the challenge also suggests the way of moving forward. The system of governance that we have chosen for ourselves will not work because if governance is through talking and negotiations then somebody at some stage must stop talking and start governing.

We have begun to exploit the constitution to seek votes. The Anna Hazare phenomenon is a manifestation of lack of participatory democracy. It is madness because you can’t have policy formulated on the streets. The day you accept that you are adding to the chaos that already exists.