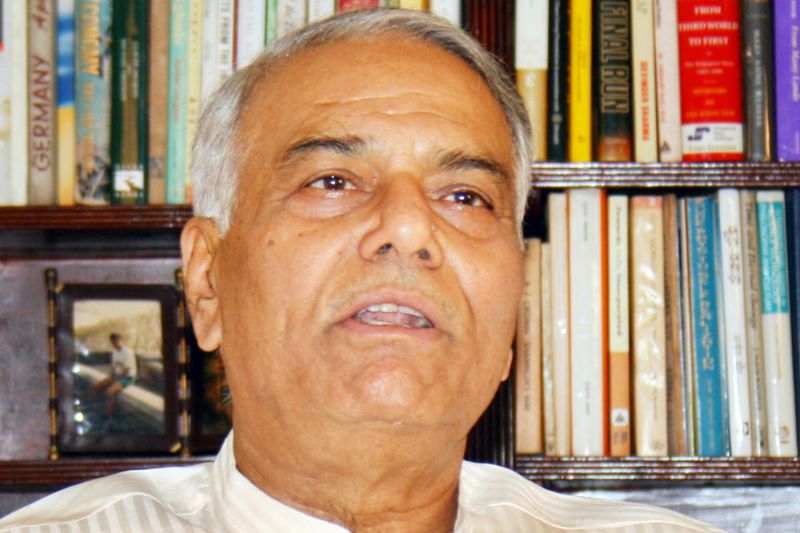 Let me first expand on my understanding of “generation of reforms”. The first generation consists of articulation of new policy and management direction typically but not always issued by a newly elected government. Second generation reforms consist of following through – steering of continued implementation of the reform process by the government. The third generation begins at the point of transition of political process. The new political incumbent begins to implement modifications to the original reforms. Tough choices are necessary on policy priorities, spending, enforcement and responsibility sharing. Most critical are decisions such as which policies should continue or be modified and the ones which should be terminated.

Each government from the time of the great devaluation Indira Gandhi oversaw in 1966 has been trying to reform the economy in its own way, but economic reforms as a policy instrument of the government did not come into existence until 1991. There were some major policy shifts when Rajiv Gandhi was prime minister between 1985 and 1989; the reforms carried out during this period can be described as “reform by stealth”.

Reforms in earnest started in India in the wake of the severe balance of payment crisis in 1991, under the Narasimha Rao government. As the Finance Minister for six months during that period, I could see exactly what was ailing the economy, and though I did not get to present the budget, many reform ideas were incorporated in the budget that we had been preparing. Many of the reforms that Manmohan Singh incorporated in his July 1991 budget were a reflection of this thinking.

The socio-economic transformation plan will have to deal with not only carrying forward the unfinished reform agenda but even upscaling it. This deals with education, legislative, administrative, financial and judicial amendments in a “modern” perspective aiming to realise a knowledge-based economy

What needs to be remembered while preparing a budget is that there are certain areas that are part of the budget and certain others that are outside its gambit. For instance, the industrial policy reforms initiated later in 1991 were not a budget item but were separately introduced by the industry minister. In the 1991 budget, the most important concern to my mind the tremendous balance of payments crisis. This was the result of our own huge fiscal deficits overflowing into the external account. In the Rajiv Gandhi era, many economists, including I G Patel, said that money was never a consideration. This increased India’s external borrowings, especially short-term borrowings, to unsustainable levels. The challenges therefore were to keep the government’s budget as balanced as possible and reduce the fiscal deficit. This could be done only by drastically reducing expenditure. So the idea was to go for major reforms, reduce government expenditure, reduce deficit, balance the budget to the extent you could and then hope for this to have a salutary effect on the economy of the day, on the external account, and then move on.

This “moving on” would have translated into a series of other measures. For example, in my interim budget of 1991, I introduced the concept of fiscal deficit and disinvestment of public sector undertakings. I also talked about Rashtriya Bachat Banks. These were all reforms and I would have gone further. The only difference in the approach that Manmohan Singh brought to bear and our approach, (Chandrashekhar’s and mine) was that we would not have devalued the rupee with the ease with which Manmohan Singh did later. We would have carried on with industrial reforms and taxation reforms, especially with import tariff reforms (because they were very high) and we would have done something to control prices, which were escalating steeply.

So the first phase, of course, was one of reforms by stealth in the Rajiv Gandhi era. We achieved a high growth rate, but we spent too much money in achieving that rate of growth.

The second era was when Manmohan Singh came and started those reforms, which lasted till 1993. Towards the end of 1993, the Congress party started losing state elections and this is when reforms came in for a great deal of criticism within the Congress Party itself. After these three years, reforms actually went through a slowing down period. Thus, in two subsequent budgets Manmohan Singh was busy fighting inflation. During the five years he was the finance minister – from 1991 to 1995 – the average annual rate of inflation was a whopping 10.6 per cent. Therefore in the later years when it appeared to have political impact, the blame was laid squarely on reforms. As a result, he had to take some contra-reform measures.

There is a great deal of writing available now in which people compare today’s situation with what happened in 1994-95, namely, that you need to go in for a very tight monetary policy and try to control money supply in the market in order to rein in inflation. The result was that it did not immediately control inflation, but instead retarded growth. If you look at growth, it survived this phase and up to 1996-97 it touched a high of 7.6 per cent, but collapsed to 4.1 per cent in 1997-98, which was when P Chidambaram was finance minister. I took over as finance minister in March 1998, and was faced with this situation of a collapsed growth rate in our economy, the East Asian crisis and then a couple of months down the line, economic sanctions as a result of the Pokharan tests.

After the 1991-93 phase, the economic reforms process went on a holiday. The budget that Chidambaram presented in 1997-98 was known as a dream budget because of some taxation reforms, but not much was done in other areas. Reforms were taken up seriously, systematically and determinedly as a matter of policy by the Vajpayee government, when we assumed office in March 1998. There were widespread reforms across the Indian economy, not just confined to one, two or three sectors. This began the third phase of reforms, and belongs to the Vajpayee era of 1998-2004.

Reforms are not easily accepted by Indians and this holds true even today. The Left parties are opposed to reforms; the so-called socialists are equally opposed to reforms. They were not acceptable even in the first phase. Rajiv Gandhi did not announce a programme of economic reforms; he kept chipping away bit by bit. When Manmohan Singh announced a programme of reforms, he was unable to sustain it. All this was because of political opposition to economic reforms. We also met political opposition to reforms during the six years we were in government. However, we were able manage, despite being a large coalition.

The question is: why haven’t reforms become acceptable? Why haven’t they touched the lives of the common man? This, I believe, is because all sectors – agriculture, rural development and infrastructure, health, education, drinking water, irrigation – under our Constitution are State subjects. This means that the government of the day has to work with the states to take them forward.

The socio-economic transformation plan will have to deal with not only carrying forward the unfinished reform agenda but even upscaling it. This deals with education, legislative, administrative, financial and judicial amendments in a “modern” perspective aiming to realise a knowledge-based economy.

The Vajpayee government introduced, for instance, a very important scheme in the education sector, Sarva Shiksha Abhiyan (SSA). In rural infrastructure, we introduced the concept of the Prime Minister’s Gram Sadak Yojana (PMGSY), where we built a completely new model for Centre-state co-operation in this area. In the case of electricity reforms, we tried to replicate the same, by making the states come on board, to improve electricity supply and generation. I tried the same thing as far as agricultural marketing reforms were concerned. We did make some progress, for instance in VAT and on electricity and fairly good progress on PMGSY. But on other issues, where states were involved, one did not succeed as fast or effectively as one would have expected.

I am a firm believer of the bottom-up approach rather than the trickle-down approach. States, right down to Panchayati Raj Institutions, will have to play an interventionist kind of role so that the fruits of growth reach wider sections of village India. The introduction of the Kisan Credit Card, micro-credit and encouragement of the Self Help Group movement has shown good results. Moving further, cottage industry, small entrepreneurs, artisans, etc., need to be encouraged while skilled and unskilled labour, daily wage earners and agricultural labour have to be financially educated to develop a banking habit. One surest way to eliminate poverty is not by extending loans, but by creating greater employment opportunities through an institutional mechanism.

We should have taken the risk and gone in for a four-tier democracy even at that time of framing of our constitution.. We trust the nuclear button of our democracy to an elected representative, but will not trust the elected village representative to decide where the tubewell should be dug or where the road should be built. The whole system is built on distrust, and even the 72nd and the 73rd Amendments are grossly inadequate, because we have not really empowered these representatives. The biggest problem is that there is complete absence of accountability, which has led to complete mismanagement of resources.

We trust the nuclear button of this democracy to an elected representative, but will not trust the elected village representative to decide where the tubewell should be dug or where the road should be built. The whole system is built on distrust, and even the 72nd and the 73rd Amendments are grossly inadequate, because we have not really empowered these representatives

If you are going for democratic decentralisation, let’s go the whole hog. This can only be done through complete empowerment. We will have some bad experiences, but then we will learn how to handle them. It is unfortunate that we have not been able to address the basic needs of our people despite huge resources being allocated. Clearly, we have not been able to utilise the resources properly. So we must empower our Panchayats – let them have financial powers, let them be governments at that level. We have only taken hesitant half-steps and that’s perhaps why this system has not delivered.