As the processes of economic development unfold, pressures are likely to build up and intensify when there is unequal development and some groups or minorities lag behind in the development process. Ideally, development processes should remove or reduce economic and social obstacles to cooperation and mutual respect among all social and ethnic groups in the country, writes Rajinder Sachar 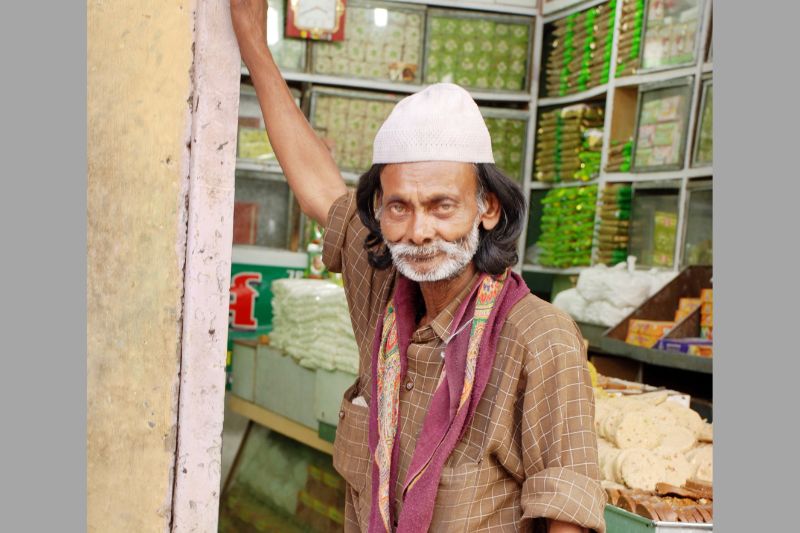 In any country the faith and the confidence of the minorities in the impartial and even functioning of the State is the acid test of being a civilised State. This is accepted wisdom.

The UN Human Rights Council Forum on Minority Issues on 14-15 December 2010 made some significant recommendations on minorities and effective participation in economic life, which each country is expected to follow:

“the right of minorities to participate effectively in economic life must be fully taken into account by governments seeking to promote equality at every level. From implementing non-discrimination in employment and enforcing protection laws in the private sector to developing national economic development and international development assistance schemes.

“Governments can consider both targeted and inclusive approaches to addressing the economic and social exclusion of minorities. Targeted approaches aim programme or project outcomes specifically at minorities, whereas inclusive approaches integrate minorities in a wider focus population for programme or project outcomes. If existing policies are not benefiting minorities equally or gaps in inequality are growing, targeted approaches should be considered. Decisions on policy choices should be made with the full and effective participation of all minority groups, should be transparent and, where possible, should be supported by disaggregated data demonstrating existing inequalities.

“Governments should gather and regularly publicize disaggregated data to measure and monitor the effective participation of minorities in economic life. Improved data collection should be made a priority for the areas of employment and labour rights, poverty rates, access to social security, access to credit and other financial services, education and training, and property and land tenure rights.”

The minorities, many a time, may feel that there is discrimination against them. It is self-evident that if minorities have this perception, the law must provide an effective mechanism, which will examine their complaints and be able to give effective relief

The above declaration is a forthright rebuke to all those mischievous quarters that propagate that those government actions highlighting the condition of minorities is in any way divisive. It is for this reason that many sociologists and human rights activists have recommended that there is an urgent need to enhance diversity in living, educational and work spaces.

The school textbook is one of the most enduring influences in the formative years of a person’s life. If the texts do not reflect diversity or are derogatory with respect to specific communities, they can alienate children of those communities from the wider society. That is why a process of evaluating the content of school textbooks needs to be immediately initiated to purge them of explicit and implicit content that may impart inappropriate social values, especially religious intolerance.

The working group on minorities formed by the UN Sub Commission on Protection of Minorities was of the unanimous view that the assimilative approach was not one promoted by the United Nations, and that formal recognition of minorities is the first crucial step towards their effective participation in society. This means not only participation in governance, but also involvement in the economy. Also accepted was the need for multi-lingual education and respect for cultural identity of minorities and the need to ensure fair representation of minorities within the law enforcement system and the workplace. The basic task is to reconcile the pluralism, which exists in a State, and to respect the identity of various groups, within the overall concerns of non-discrimination, equality, national security, territorial integrity, and political independence.

If development processes are misdirected, they may have the opposite effect. It is this aspect, which is important and needs to be addressed so as to give confidence to minorities. Some misplaced criticism seems to suggest that there is some hidden agenda in focusing research efforts on the status of minorities, especially Muslims, in India. In fact, collection of data on Muslims is seen by many as politically motivated. I regret that there should be such misapprehension, unless of course it is meant to conceal some other hidden purpose. Frankly, the collection of any data is a neutral, innocuous exercise.

It is wrong to assume that there is an inevitable conflict between the interests of majority and minority communities in India. This is flawed reasoning and assumption. Deprivation, poverty and discrimination may exist among all Socio Religious Communities (SRCs), although in different proportions. But the fact of belonging to a minority community has, it cannot be denied, an in-built sensitivity to discrimination. This sensitivity is natural and may exist among religious minorities in any country. Recognising this reality is not pandering to the minorities nor sniping at the majority. This recognition is only an acceptance of reality and an important aspect of human rights.

Minorities, many a time, may feel that there is discrimination against them in employment, housing, obtaining loans from public or private sector banks, or opportunities for good schooling. It is self-evident that if minorities have this perception, the law must provide an effective mechanism, which will examine their complaints and be able to give effective relief.

It is imperative that if minorities have perceptions of being aggrieved, all efforts should be made by the State to create a mechanism by which these complaints can be redressed expeditiously. Such a mechanism should be accessible to all individuals and institutions desirous of complaining that they have received less favourable treatment from any employer or any person on the basis of their SRC background and gender.

It is wrong to assume that there is an inevitable conflict between the interests of majority and minority communities in India. This is flawed reasoning and assumption

The sensitivities of how to give confidence to minorities is a world phenomena. Many western states while patronisingly telling us how to deal with this question, seldom look within – their record of dealing with the minority question is nothing to be proud of. Take France, for instance, whose anti-minority stand in the matter of Sikhs wearing turbans has now shown another worse instance regarding Muslims. President Nicolas Sarkozy, because of forthcoming presidential elections, has forbidden separate swimming pools for Muslim women who are French citizens and has even said that he wants every minority to follow the traditions of French women. This approach of the French is flawed reasoning and opposed to international human rights recognised by all countries. This sentiment of Sarkosy’s wishes are opposed to the words of Lord Action of the House of Lords when he said, in the last century, “A state which is incompetent to satisfy different races condemns itself; a state which labours to neutralize, to absorb or to expel them is destitute of the chief basis of self-government.”

Scarman, also of the House of Lords said: “The purpose of the law must be not to extinguish the groups which make society but to devise political, social and legal means of preventing them from falling apart and so destroying the plural society of which they are members.” The Indian Supreme Court has echoed this more strongly: “The purpose of law in plural societies is not the progressive assimilation of the minorities in the majoritarian milieu. This would not solve the problem, but would vainly seek to dissolve it.”

Muslims of India constitute about 15 per cent of India’s population and are an integral part of the nation. Their history is a part of Indian history and their blood has mingled with the rest of Indian blood in common causes. Sir Syed Ahmed Khan said over a century ago: “I have always said that our land of India is like a newly-wedded bride whose two beautiful and luscious eyes are the Hindus and the Musalmans; if the two exist in mutual concord the bride will remain for ever resplendent and becoming, while if they make up their mind to see in different directions the bride is bound to become squinted and even partially blind.”

Mahatma Gandhi echoed the same sentiment when he was addressing a women’s meeting at Dadar on 27 October 1920: “the Hindus and Muslims are like the two eyes of the country, there should be no enmity between them”. In another prayer meeting at Rajghat on 24 March 1947 he said: “In the words of Sir Syed Ahmed Khan…. I would say that Hindus and Muslims are the two eyes of mother India just as the trouble in one eye affects the other too, similarly the whole of India suffer when either Hindu or Muslim suffer.”

I have always felt that as far back as 1940 Maulana Abul Kalam Azad while addressing the 53rd Session of the Indian National Congress put it in words, which can not be improved: “I am proud to be a Muslim. Everything bears the stamp of our joint endeavour. Our languages were different, but we grew to use a common language. Our manners and customs were different, but they produced a new syntheses…. No fantasy or artificial scheming to separate and divide can break this unity – Islam has now as great a claim on the soil of India as Hinduism, and that is true of Christianity too”