Implementation of social sector schemes through institutes of self-governance and push to agriculture sector could usher rapid equitable growth in the country, opines Mani Shankar Aiyar 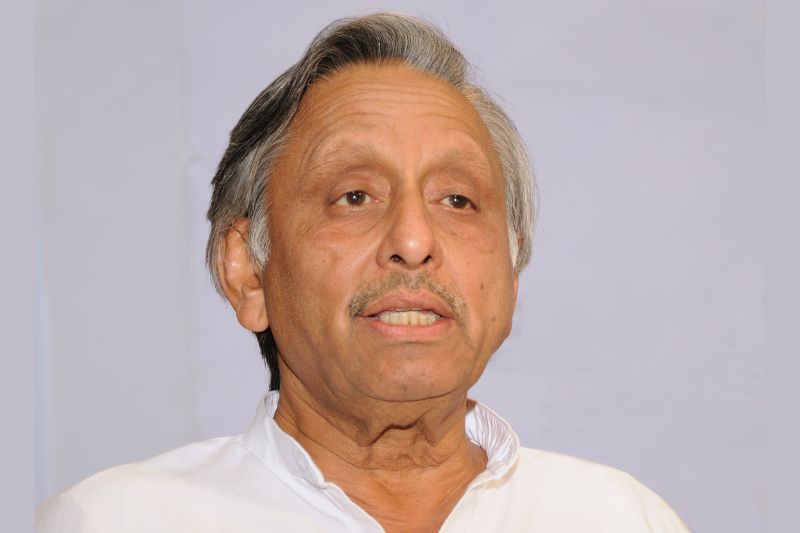 Economic sentiments should be measured in huts and the bastis of our people not merely looking at Nariman Point or Dalal Street. There is relief that notwithstanding our economic difficulties, we have subsidies, social sector spending and we have major new programmes in mind such as the Food Security Act. It is rural demand which we should be looking at. The more spending power is pumped into the rural economy, the higher is likely to be the incremental demand in the economy as a whole. The pent-up demand is much higher in rural India, than among the wealthier first-line beneficiaries of corporate handouts. If you pump up rural incomes, automatically you are pumping up rural demand.

Whatever are our pretentions to being an economic super power, the overwhelming reality of India today is that we are a desperately poor country and any Budget should be really designed to deal with the woes of the desperately poor. It is subsidies which widen rural demand. If you did not have fuel subsidies and you do not have food subsidies, then all our rural demand will be absorbed in paying for fuel cost and food cost and this would then make it difficult for the producers in the industrial economy of consumer goods and consumer durables to find their markets. We are getting the maximum incremental demand for consumer goods and fast moving consumer goods in the rural economy.

If you benefit the rural economy by saying that people will not have to spend their entire income on food and fuel but will have more leftover in their pockets to purchase consumer goods and consumer durables, then that is to the benefit for the economy. So, instead of looking at subsidies as simply a drain on the economy, we must also consider the upside that what is called the drainpipe – it goes to the poor then emerges as an upward rising spiral in respect of demand for consumer goods and consumer durables.

Today GDP growth at 8 per cent is experienced only somewhere between Nariman Point and Malabar Hill. The people of India are nowhere near that trajectory. It is morally incumbent on us to see that no one goes hungry. But, in this case, sound morality also makes for sound economic sense. There are two big advantages to ensuring food security. In the short run, food security would release funds for rural consumption of other wage goods and consumer goods. When we talk of subsidies, we are talking of converting money that would not otherwise go into rural demand, converting itself into rural demand.

In the long run, the only way in which we can secure our demographic dividend would be to ensure that the brains of half of our children do not wither on account of malnutrition. If half of our children do not get the minimum necessary nutrition till the age of two, till the age of five, whatever you may do later, it may fill their bellies, but it is not going to replace the damaged mind. A well-fed population, besides doubling our brain power by taking it up from 50 per cent malnourished children to zero per cent malnourished children, would also ensure a workforce that can take on hard and disciplined physical labour.

Our workforce is simply not healthy enough to perform like the workforces in the developed countries, because they never got enough to eat. In India today about 47 per cent of our children are severely or moderately under-nourished till they reach the age of five. So, if we do not feed our children, the demographic dividend could metamorphose into a demographic disaster. This is what the Food Security Bill attempts to address. I earnestly hope, with the cooperation of everybody concerned, the Food Security Bill would be returned to Parliament sooner than later. There will be a process of putting it into practice and by the next Budget the Finance Minister will be able to give us an accurate figure of what it takes to feed our people.

There should be no difficulty in containing subsidies to under two per cent if we start utilising the Aadhaar scheme for income and consumption support. But beyond income and consumption support, there are a wide number of centrally-sponsored schemes, financing of which amounts to nearly two lakh crores of rupees, which we have to revamp. A complete revamping of the Centrally-sponsored schemes is essential to ensure last mile delivery to the intended beneficiary.

For twenty years now, our Constitution has provided for Panchayati Raj as the principal instrument for grass root governance. Without such inclusive governance there can be no inclusive growth. And, tragically these institutions of local-self government have either been sidelined or totally ignored in most of the centrally-sponsored scheme (CSS) guidelines.

Let us take two glaring examples of this – primary education and primary health. The recently released Paisa Report has irrefutably shown that only six per cent of Sarva Shiksha Abhiyan (SSA) funds reach the students. Just six per cent reaches the students for the things like, scholarships, uniforms, textbooks etc! And, the school management committees receive no more than five per cent of the SSA funding, which is why the main job done by the school management committees is repeatedly whitewashing their buildings because there is no money to do anything more significant. There is virtually no involvement of the Panchayats in any State, other than Kerala. And, what is the result?

The result is excellent education in Kerala and educational wasteland in many other parts of our country. The Annual Survey of the Education Report says that most of the class six children cannot read a class two textbook. And, a study conducted by the World Bank, in the rural areas of one very big State found that class nine children were, by and large, unable to read a class two textbook.

So, as a result of the SSA we have school buildings, we have toilets for girl children, we have rising enrolment, we have falling dropout rates, but we have very little learning because the local communities have virtually no control over the SSA’s functions, finances and functionaries.

The second example is that of rural health. I welcome the proposal to substantially enhance the National Rural Health Mission (NRHM)’s spending and introduce a similar scheme in urban areas But, here again, health gains on the ground would crucially depend on governance issues, being addressed at the ground level for the people to actually access health services to which they are entitled. Our shameful performance in infant mortality and maternal mortality rates and the prevention of water-borne diseases is largely a consequence of the non-involvement of Panchayats, Nagarpalikas and Gram Sabhas in NRHM and its urban counterpart.

It is also a national disgrace that health spending in the economy is of the order of six per cent, while public health spending by Government has been less than two per cent. No wonder, at the first health-related crisis, vulnerable families topple into the poverty trap. The same situation is replicated in almost every of our Centrally-sponsored Schemes.

Despite having raised, social sector and anti-poverty funding by nearly 25 times between the mid 90s and now on the Human Development Index, we remain stuck 17 years later at the same position in which we found ourselves in 1994, i.e. 134. Like Alice in Wonderland, we keep running faster only to remain at the same place.

I would request the Finance Minister that he should set up a study group or a committee or a commission along the lines of the Balwant Rai Mehta Study Group of 1957 or the Ashok Mehta Committee of 1978 to see how inclusive governance at the grassroots can translate into inclusive growth.

At present, GDP growth is averaging over eight per cent per annum, but poverty alleviation is not more than 0.8 per cent per annum. We recently heard from the Deputy Chairman, Planning Commission that it may have gone up to about 1.4 per cent. But, clearly, as long as there is such a big gap between the rates of poverty alleviation in a country where, at least, a third and, possibly, up to four-fifths of our people are poor and the rates of growth at the top are so high that we are leading ourselves to a really difficult position.

These growing inequalities of income and wealth are seriously destablising our democracy and could disrupt our development, as is already happening in a third of our districts, which are either partially or wholly infected with the Left-Wing extremism. The adverse effects of this can and should be contained as well as countered by ‘assured access of the poor to the public goods and services’, being provided under CSSes. This can be done by entrusting last mile delivery to the constitutionally constituted local institutions of self-government, that is, the Panchayats, their Gram Sabhas and Municipalities and their Ward Committees.

According to the Economic Survey, the share of agriculture in GDP has declined from about one-third when Manmohan Singh presented his path-breaking budget to about twelve per cent. While the economy has been growing at around 8 per cent, the current agricultural growth rate of 2.7 per cent is almost the same as the long-term 60-year agricultural growth rate, and this is really disturbing because 58 per cent of our population is employed in the agriculture and there is virtually no shifting of agricultural labour into manufacturing and other sectors.

And, we also need agricultural reforms of the kind advocated by M S Swaminathan’s National Commission on Farmers, particularly, attention to dry land farming to increase productivity and production of what we call coarse cereals. This will also reduce income inequalities and fuel rural demand for manufactured growth, a win-win situation, which will advantage everyone.

There is plenty of money to meet with our requirements for subsidies as well as for social sector and anti-poverty programmes.

If the Finance Minister experiences any difficulty in living up to the subsidies promise that he has given or living up to his promise on food security or living up to the maintenance in increase of expenditure on social sector and anti-poverty programmes, all he has to do is to claw back from the corporate sector the tax revenues that are being foregone so as to induce a better balance between the revenues that are being foregone and the expenditure we have to make on subsidies.

At the moment, subsidies constitute only about 40 per cent of the revenues that are being forgone. So, if you induce a better balance between the two, then, the few thousand crore rupees or the few ten thousand crore rupees can easily be found. I am sure, the Finance Minister, who will have the opportunity to come back to this House several times during the course of the coming year, not only in the budget estimates but the revised estimates too, will then make these required adjustments.

The real situation in India is that we have a very well functioning economy, but a somewhat dysfunctional polity. All we need to do is to accept principle of cooperative federalism to get back to a functional form of coalition politics.