The widely held perception is that financial sector reforms were initiated in 1991. It bears mentioning however that the dirigiste regime of the 1970s was deeply ingrained and it took the entire decade of the 1980s to gradually ease the tightly controlled regime of the 1970s, writes S S Tarapore 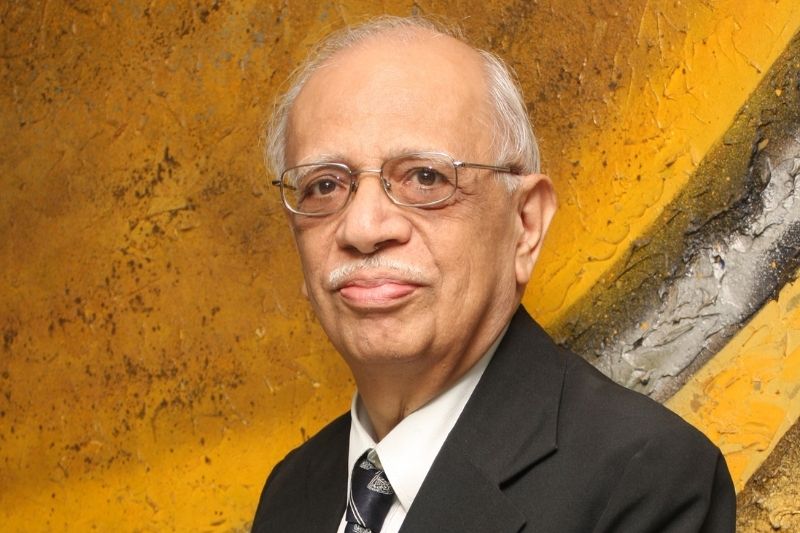 The regulatory regime was very tight for banks but permissive for financial institutions and this invited regulatory arbitrage. Furthermore, banks invested in bonds of the institutions as part of the pre-emptions prescribed by the Reserve Bank of India (RBI). Again, when RBI tightened credit to the corporate sector under the Credit Authorisation Scheme (CAS), the mutual fund behemoth, Unit Trust of India, freely provided short-term credit to the corporate sector.

The government securities market was not only tightly regulated but operated perversely, under which the government was able to raise larger and larger amounts at low interest rates. The system of ad-hoc treasury bills subverted fiscal discipline as cheap and unlimited amounts were drawn from the RBI whenever the government needed money.

Early Attempts at Reforms in the 1980s

In the early 1980s, reforms were undertaken by stealth under the garb of tidying up and improving the working of the controlled regime. Initial liberalisation emphasised the need to shift from physical controls to financial controls. In the financial sector, liberalisation was labelled as “rationalisation”. During this period, words like “deregulation” were considered taboo.

In the latter part of the 1980s it was recognised that the dirigiste regime often worked against its own objectives. For instance, in the banking sector there were very high reserve requirements (a peak of 63.5 per cent of incremental resources) and large allocation for the priority sector (40 per cent of total credit). Furthermore, the RBI made direct allocations to various sectors such as food procurement, fertiliser distribution, sugar and public sector units. In the upshot, the pre-emptions were in excess of the banks resources. At the same time the balance sheets of banks and financial institutions were contaminated and with inadequate transparency, the weaknesses of the financial system did not surface.

In 1991 there was a major change in financial policies (Narasimham Committee 1). Monetary and credit policies were liberalised and a significantly transparent system was brought about with the introduction of prudential norms. This revealed that the capital of most public sector banks was eroded and the government had to undertake several rounds of recapitalisation of banks (even as late as 2012).

There should be a formal agreement between the RBI and the government which could set out the objectives over the medium term and this agreement should be in the public domain. Thereafter, the RBI should have instrument freedom to attain the objectives

The ownership of public sector banks was liberalised under which the stipulated 100 per cent ownership by government was reduced to a minimum of 51 per cent. Moreover, a number of new private sector banks were allowed to be set up.

The external payments system was liberalised with virtual abolition of the import licensing system and encouragement of inflow of foreign direct investment (FDI) and foreign institutional investment (FII). The exchange rate system was reformed with the large devaluation of the rupee in 1991, the dual exchange rate in 1992, unification of the exchange rate in 1993 and current account convertibility in 1994. From 1997, there was calibrated liberalisation of the capital account. The highly restrictive Foreign Exchange Regulation Act (FERA) was rescinded and substituted by the Foreign Exchange Management Act (FEMA).

With the agreements between the government and the RBI in 1994 and 1997, recourse to automatic monetisation of the fiscal deficit, through creation of ad-hoc treasury bills, was discontinued and the government was expected to approach the market for financing.

The need for transparency in monetary and fiscal policies was recognised and measures were taken in this direction. A Fiscal Responsibility and Budget Management Act (2003) was put in place wherein the government was required to set out a medium-term path of adjustment to reduce the revenue deficit (RD) and the gross fiscal deficit (GFD). The government is now required to submit quarterly reports to Parliament and deviations from the adjustment path set out in the Act have to be ratified by Parliament.

The government undoubtedly needs to have a say in monetary policy but the whole process should be formalised within a legislative framework. There should be a formal agreement between the RBI and the government which could set out the objectives over the medium term and this agreement should be in the public domain. Thereafter, the RBI should have instrument freedom to attain the objectives. To the extent the government has concerns about the fall out of the monetary policy, it could consider revision of the agreement but such revisions should be the exception rather than the rule and the reasons for the change should be put in the public domain. While there could be multiple objectives, there should be a clear ordering of objectives rather than a mere shopping bag which can be inconsistent.

There should be legislative backing for a Monetary Policy Committee which should consist of the RBI Governor, the four Deputy Governors and four external members. The Monetary Policy Committee should be empowered, by law, to take monetary policy decisions which would then have to be executed. The external members should have a fixed three year non-renewable term. The external members should be remunerated akin to RBI top management. It is important to ensure that there is no conflict of interest. To this effect the external members would need to obtain leave of absence from their regular employment/vocation and their assets put in a blind trust. At the present time, external members of the Technical Advisory Committee are provided nominal sitting fees and continue with their normal activity. There is a clear conflict of interest as external members can be chairmen of banks or heads of foreign investment bankers. As such, the committee is merely an advisory group without decision taking powers. In effect, the RBI Governor has total responsibility but under a cloak-and-dagger arrangement with government.

Under the present RBI Act, the government has punitive powers to peremptorily dismiss the Governor or Deputy Governors without ascribing any reason and the concerned person has no recourse to appeal. It is to independent India’s shame that there are clauses in the RBI Act included by the Colonial regime which was suspicious of the leanings of the RBI towards Indian nationalist interest. The clauses relating to these matters need to be excoriated from the RBI Act. The tenure of the Governor and the Deputy Governors should be a single non-renewable term of seven years which would cut across the political cycle. Moreover, any termination should be subject to safeguards under which the appointee can be dismissed only after indictment by Parliament.

Structure of the Financial System

The present legislative framework for banks has proliferated with a number of Acts governing different segments of the banking system. The time is apposite to incorporate all banks under the Companies Act governed by a single Banking Regulation Act which should uniformly apply to all banks.

Public sector banks (PSBs) predominate in the system and despite the recommendations of many committees, political economy considerations prevent a reduction of the minimum 51 per cent government holding. Governments of different hues have attempted to reduce the minimum holding of the government and have not been able to push through necessary amendments. As such the 51 per cent minimum holding of government should be taken as a desideratum. Notwithstanding this, it should be possible to develop a vibrant and strong public sector banking system. The government should scrupulously eschew from frequent recapitalisation of PSBs. Public sector banks should be allowed to grow based on their internal generation of reserves. This way, stronger banks will grow and weaker banks will stagnate, thereby strengthening the overall public sector banking system. The initiative in the recent budget to set up a holding company for PSBs does not appear desirable as their development will be driven by the weakest of the PSBs.

In recent years there has been considerable effort to focus on financial inclusion. This is necessary for a more equitable society. While finance does have a role in uplifting the weaker sections of society, finance by itself cannot deliver without corresponding real sector activity. Doubts are being raised about whether the model centred on business correspondence would suffice or whether return to a brick-and-mortar model would be desirable. The role of the Post Office bank has been debated. The time has come to bite the bullet and move appropriate legislation to set up a full-fledged Post Office Savings Bank. The postal system has a network of 155,000 offices of which 139,000 are in rural areas. In contrast, the scheduled commercial banks have a total of 74,000 branches of which only 22,000 are in rural areas. The Post Office system is unmatched in reach and if we are serious about financial inclusion we should expeditiously set up a full-fledged Post Office Savings Bank.

Regulation and Supervision of the Financial System

Regulation and supervision of the financial system has evolved in different countries in different ways. In India, regulation and supervision of banks and non-banking financial institutions is undertaken by the RBI while stock markets and mutual funds are regulated by the Securities and Exchange Board of India (SEBI); insurance and pension funds are regulated by separate regulators. There is a viewpoint that the entire financial system should be regulated/supervised by a single agency. On this issue, the international jury is still out. There are many industrial countries where there are multiple regulators for different segments of the financial system. It also needs to be recognised that the UK experiment of a single regulator/supervisor has failed. In any system, the ultimate provider of liquidity is the central bank and there is merit in the ultimate provider of liquidity being the regulator/supervisor of banks.

There is considerable talk about principle based and ruled based regulation/supervision. It may appear cynical but there could be 500 principles and 500 rules and one is not sure if experimentation in this area should be considered. What is important is that regulators/supervisors of each segment should operate speedily and systems developed to locate incipient problems.