PURA treats a cluster of villages as a unit of development. It also appreciates the problems that governments have in disciplining their staff and proposes that schools and hospitals be run on the PPP model, writes P V Indiresan 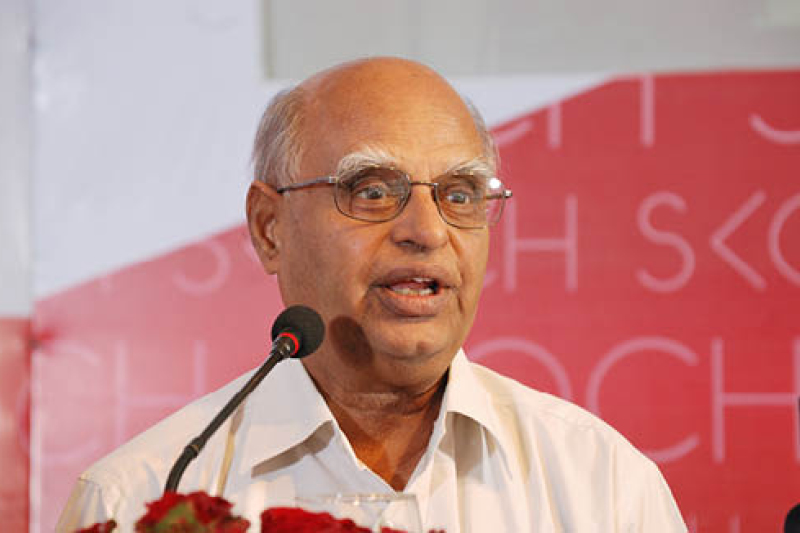 India’s GDP growth rate is high; that is good. Its Human Development Index (HDI) is low; that is bad. HDI is a composite of three factors: per capita income on a purchasing power parity basis; literacy rate plus years of schooling; and, life expectancy. Per capita income growth being very high, HDI can be poor only because the quality of its schools and hospitals – particularly in villages – is low. Incidentally, the per capita income is largely determined by the Central Government whereas education and healthcare (as also housing) are the responsibility of state governments.

Because the quality of schools and hospitals run by the state governments is often very poor, virtually anyone who can afford to do so prefers private schools and hospitals. Hence, as a matter of policy, some state governments have promoted private hospitals and schools by offering them very expensive land at very low rates in the expectation that they will offer free treatment to the poor. Unfortunately, that has not worked satisfactorily. State governments do face serious problems. In most cases, over 70 per cent of the population lives in small villages that are too small and too poor to support schools and hospitals. Even where the government is willing and does pay attractive wages, the socio-economic environment in the villages is so poor that absenteeism is rampant among teachers and doctors. Hence, people, often the poor, prefer to go to private institutions because – even if their quality is poor – teachers and doctors are there whereas in government institutions they are often absent. Providing Urban Amenities in Rural Areas (PURA) is a scheme that attempts to rectify this situation. Essentially, it accepts the fact that individual villages are too small and too poor to support schools and hospitals of acceptable quality. Hence, it treats a cluster of villages with a total population of 35,000 as the unit of development. Secondly, it appreciates the difficulties governments have in disciplining their staff and proposes that schools and hospitals be run on the PPP model.

PURA replaces difficult-to-operate subsidies by a simple, easily implementable formula. It is also a decentralised form

Generally, PPP is taken as a unit where the government, on behalf of the public, meets the costs in full (or partially) and the private enterprise supplies services at a reasonable profit. But, PPP may also mean that the private rich cross-subsidise the poor public. That is how Arvind and several other hospitals operate. PURA accepts the latter version of PPP. It also utilises the statistical fact that the top half of the population spends 80 per cent of the total service costs and the bottom half only 20 per cent. PURA proposes a post-operation subsidy rather than a pre-operation subsidy. For instance, the government observes that one half of the population will always be poorer than the other half.

Thus, periodically, the government lists those who it presumes are in the bottom half. So long as the PPP institution has half its clientele from among the listed poor, it pays in full the interest costs. It may even pay 20 per cent of the total costs if the poor get their services free. If, for whatever reason, an institution is unable to admit 50 per cent from the list of the poor, the government reduces the subsidy in proportion to the shortfall. With this policy, the aid given by the state is intrinsically performance based. If the service is not good enough, the poor will go elsewhere and the institution will be forced to pay proportionately higher interest charges it incurs on land, buildings, equipment and the like; it loses cost subsidy too.

The problem here is that the government does not estimate how good the education or the treatment is. Instead, it counts the number of the poor served and pays the subsidy accordingly. Counting of the number served is a far simpler task than maintaining constant discipline over the staff or on the institutions. Further, the aid given by the state is intrinsically performance based. A scheme of this nature will succeed only when the school and hospital are easily accessible.

For that reason, the state may support rural bus services – again by offering interest free loans for buying the buses. These are the basic features of PURA and it can only be a state government project. It will function best if quality housing is provided close to schools and hospitals. The state (or the village panchayats) may support that too by offering land free of interest cost so long as the 80-20 principle is applied – 50 per cent of dwellings (naturally small and for the poor) are built on 20 per cent of the land. Further, the rich may be invited to contribute to a charity, which will build up an endowment fund – the way institutions in the US do. That endowment will subsidise the poor and earn the contributors tax credits. That could be a useful incentive. PURA replaces difficult-to-operate subsidies by a simple, easily implementable formula. It is also a decentralised form, where the state offers complete autonomy to institutions so long as they serve the poor. The state merely looks at a single parameter of performance as against the multiple checks in which government officials usually get bogged down. Will any state agree to surrender its none too-effective authority and support PURA? Will business houses agree to join and accept the discipline of serving the same number of the poor it serves the rich too? These are the issues that require an answer.