Towards a Panchayat Development Index

There are some serious challenges to Panchayti Raj Institutions (PRIs) being able to build a bottoms-up approach to planning. Inadequate infrastructure and lack of information are common problems. For effective planning at the village level, information, databases and GIS systems are required to take informed decisions at the local level, insists Alok Bhargava 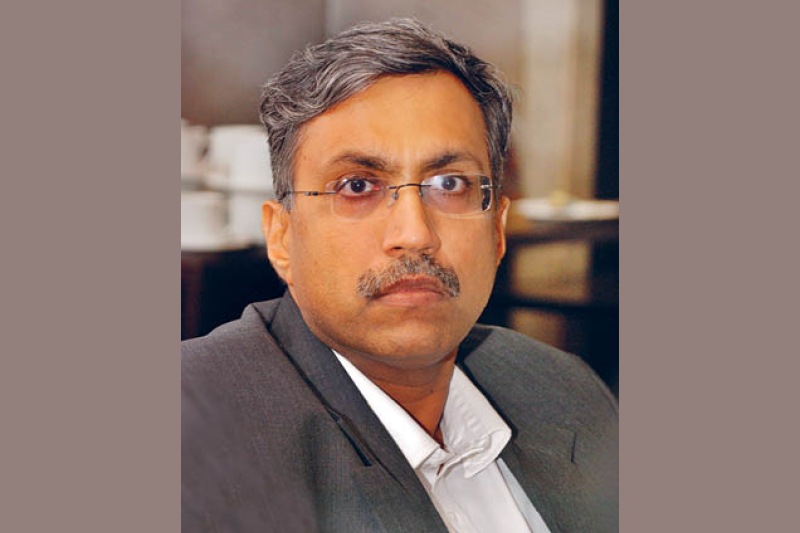 It is well recognized that availability of adequate infrastructure in every form – whether it is roads, water, telecom, education, or healthcare – is one of the most important facets of development and growth in our country. If infrastructure is inadequate, inequities only get accentuated in large parts of the country. Which explains why inequalities of income, livelihood, and employment opportunities persist. Infrastructure is not only deficient, but is also being rolled out in bits and pieces.

Another well-established fact is that we will be able to unlock the growth potential of our country pretty significantly if we can deal with the challenges of rural infrastructure. Rural infrastructure has to get the focus as national priority. Bharat Nirman and PURA (Provision of Urban Amenities in Rural Areas), two government programmes being taken up on a large scale, are therefore steps in the right direction.

That infrastructure has to be done is only one aspect. To do it effectively, it is our strong belief that unless the local population is involved in the development agenda, it will be a sub-optimal process. So, it is important therefore that the local Panchayat, the Zilla Parishad, and the district administration be all involved in planning, implementation and monitoring for the agenda set out for the development paradigm.

We are working with district administrators and zilla Parishads in states like Uttar Pradesh, Haryana. Rajasthan, Chhattisgarh, and Madhya Pradesh, and have trained more than 50,000 PRI functionaries

But to make this happen three things are important in the context of where we see things on the ground today. One, local Panchayats or other local bodies would have to be involved fully in this process, making it inclusive. Two, to make them relevant, it is also important to build capacities in other forms such as availability of information, databases, knowledge, training among others. I will come to that bit later. Three, it is vital to develop an appropriate measure of the outcomes of these development programmes. So, it would be worthwhile evaluating for example how many kilometers of roads has been built, or what the outcomes of the availability of telecom services are. So, not only must there be a development index but it should be defined at the Panchayat-level so that it becomes the primary unit for this purpose.

As far as building institutional capacities is concerned, it must be realised that the planning process has to be multi-dimensional with multiple stakeholders. So on the one hand there should be people involved in thinking, planning and implementation, and on the other, various funding sources need to be looked at

The 73rd Constitutional Amendment Act does empower the Panchayati Raj Institutions (PRIs), mandating that they be involved in the process of planning, implementation and monitoring of the schemes when they are launched. But look at what has happened on the ground over the years. States have various levels of devolution of powers to the PRIs. In some cases, there is near complete devolution of the 29 departments which have been identified, in some cases only 10. Then there are cases where devolution is happening with deficient manpower, training, funds, and role clarity. All these are impediments in making the planning process meaningfully inclusive. What one gets in the bargain is just a summation of schemes – which are more often than not added across a district without being inter-linked with the gamut of various development programmes and processes.

As far as building institutional capacities is concerned, it must be realised that the planning process has to be multi-dimensional with multiple stakeholders. So on the one hand there should be people involved in thinking, planning and implementation, and on the other, various funding sources need to be looked at – user-pay models, resources from the centre and those from the state government.

However there are some serious challenges to PRIs being able to build a bottoms-up approach to planning. Inadequate infrastructure is one basic common problem. A substantial number of Panchayat institutions don’t have office space or functionaries of their own. The second challenge is the lack of information. For effective planning, information, databases, GIS systems, all at the village-level, are needed so informed decisions at the local level can be taken. The third part pertains to training and capacity-building. Functionaries need to be vested with skills in finance and software, as also with adequate knowledge of the policies and schemes launched by the government. Most of this, including disseminating information and building database, can be enabled through the network of Common Services Centres (CSCs). We are already seeing some of this happening.

We are doing a few things in this area at IL&FS with our PRI capacity- enhancement programme. We are working with district administrators and Zilla Parishads in states like Uttar Pradesh, Haryana. Rajasthan, Chhattisgarh, and Madhya Pradesh, and have trained more than 50,000 PRI functionaries. Our training programmes cover soft skills, financial skills, programme and policy awareness, among others.

The next part of the whole process is to determine the outcome of what is being done as against just quantification of how much money has been spent. Many indices are being used today, but all are at the level of the state or the district. For a village to be an effective planning unit there has to be a measure of what is happening at that level. So, what I propose is a case for an index which does not measure only backwardness, or deficiency vis-à-vis physical target. If the ideal target for road is 5km in a village and you have only 3, for example, then what needs to be emphasised is the quality and the impact of the road and the number of people using it. Add to these infrastructure measures, human development index factors such as health or education and to arrive at a composite index.

A blend of infrastructure and human development indicators can in fact also be attempted in the context of the PURA assignment. Of the planned PURA launches, 11 mandates have already been issued as a pilot. We can take that exercise and start developing pilots around a Panchayat index. It can probably be scaled upto across 600-odd locations that they are planning to take the PURA assignment to. With a Panchayat-level index it would be possible to allocate resources better, enable timeline comparisons of what has been the progress over time, facilitate inter region comparisons to actually see which places and people are developing faster, better, where money is being better spent and so on and so forth.

Our economic performance has been something to be proud of. We all recognise that, as do most parts of the world. However, there are serious issues in terms of disparities, lack of inclusive growth in terms of education, healthcare among others. To deal with some of these challenges it will be important to involve Panchayat-level institutions into the entire process. A systematic measurement of impact in development indicators would be a key tool towards this end.