For most things in life, we think that the more we spend, the higher quality item we can purchase. Sadly this is not true for healthcare says Hemant Kanakia as high expenditure is not correlated with better outcome 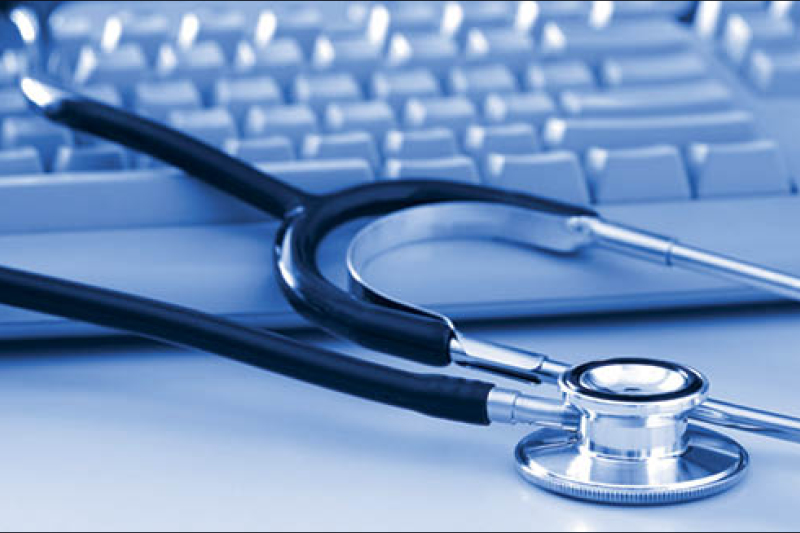 India already spends greater proportion of its GDP on healthcare than China and yet has lower life expectancy. With massive expansion in healthcare proposed on recent budget, efficiency in healthcare delivery assumes great importance. This article describes the way in which recent progress in technologies such as cloud-based computing, open-source IT systems and national unique identification program (UID) have created an opportunity for India to build electronic health record and medical information systems that would lower costs of delivering medical services and enhance patients’ rights of information.

The phrase “lack of information kills” is not a hyperbole when it comes to healthcare information. In the Western world, patients’ health records are digitised and available at the point of contact with a physician; whereas, in India, the records are neither digitised nor so readily available. At present, in India, less than 1% of healthcare givers’ are known to maintain any history of clinical record and treatment of a patient on a long-term basis. If any patient information is collected, it is typically in the paper form; the record is always incomplete or incomprehensible and is buried in dusty file cabinets. Because a physician rarely consults the history of treatment and health records, misdiagnosis remains rampant. Moreover, many patients first visit a local Primary Health Centre (PHC) and then if their condition does not improve, move to a district hospital or private doctor, resulting in duplicate diagnostic tests. Some patients do keep a file of medical records themselves and bring the file with them when visiting a doctor. But, such files can’t be trusted either to be complete. This would be indeed the case when the patient is uneducated or poor.

Healthcare IT technologies have the potential to change this environment. Open-source medical information systems, cloud-based storage of medical records and Software-as-a-Service platform for medical applications are technologies that are currently being developed for and deployed in India in few pilots. The potential for change by these technologies stems from two factors: one can lower the cost of storage and delivery of information to patients and doctors, and one can provide ubiquitous access to information by using smart phones, tablets and Netbooks as mobile display and entry systems.

Widespread use of these new technologies can potentially provide inclusive access to healthcare and can also become valuable for building effective public health policies. But, such potential benefits can only be realized if we avoid pitfalls that have befallen to health information systems prevalent in the Western world. Two pitfalls that deserve mention are creation of silos of data records and targeting of these systems towards affluent patients. In the West, for-profit motivations of builders of health information systems (HIS) have led to features that primarily addresses the affluent patients and healthcare facilities that cater to them. But, we believe that it is the disadvantaged segment of population, such as rural and urban poor class, migrant workers and functionally illiterates that stand to benefit the most from easy access and accurate information that such systems provide. Crossing this chasm should be one of the goals of the public health policies and regulations we should develop in India.

Another pitfall that arises from the for-profit nature is the desire of medical establishments to treat such records as private and confidential. In other words, the patient-related data collected would be locked in fiefdoms. Although clocked under the notion of patient privacy, the main reason to do so appears to be the desire to make extra money by duplication of diagnostic procedures when patients move across facilities. This in turn leads to difficulties in migrating health records across hospitals and clinics and makes it harder for public health officials to discover epidemics early, judge effectiveness of policies designed to improve health, plan expenditures that encourage development of medical facilities in backward areas, and so on. The “fiefdom” problem also affects patients covered by health insurances. For instance, by making it very hard to have portable medical records, it gets harder to switch health insurance policies. Moreover, Health insurance providers are unable to price individual policies accurately and thus may suffer losses because they lack reliable metrics about health indicators of a society at large.

One obvious way to avoid the “fiefdom” problem would be to develop a national database that stores everyone’s health records. This is easy to conceive of in nations with a single payer health insurance system such as in United Kingdom and Canada. Indeed, United Kingdom did decide to build one in 2003, which was billed as one of the biggest IT project in the world. We do not argue for India to follow that approach because of several practical reasons. It would be very costly to do so. British system cost 2.3 billion pounds and took three years to build. In a democratic system such as ours, one would also take a long-time to develop consensus for the need to build a national database. Moreover, a national health information database would require a sophisticated infrastructure that is always available and is usable for various purposes, many of which have not even been visualized yet.

The alternative that we advocate is an open system of distributed health records databases – both private and public – accessible by a common standard set of access interfaces access to which is controlled by patients themselves. We propose the use of Aadhaar number and UIDAI infrastructure to ensure that patients’ records are safely stored (encrypted using this number) and a patient is uniquely identified across databases keeping his (or her) health records. This information is unlocked and made available only with the permission of the patient (identified using biometric sensors) and released only to the authorized physicians from health facilities being visited by the patient. Other permitted users of the system would be public health departments of government, center for epidemics control, and health policy researchers. In each of these cases, only the aggregate statistical information should be made available and not individual patient’s private information.

The regulations one requires to make this system operational are not difficult to develop. Neither are they excessively onerous to implement. This would most certainly not be a gigantic IT project like developing a national health systems database. One can begin by standardizing codes for the diagnosis and treatment procedures so that every HIS system uses the same codes, which would make it easier to exchange information. The next step would be to specify standardized access interfaces that would have to be implemented by all health information systems. Implementation of these standards by various stakeholders should remain voluntary. The adoption would be rapid if an independent organization is evolved that would certify physicians or hospitals that use electronic records and any type of health information and recording system meeting such access standards, call it UIDA-HR certified facilities. Because of self-interest and desire to reduce fraud health insurance providers would want to have all participating facilities and doctors be certified UIDA-HR and this would ensure that such systems are used widely.

Public health programs can also benefit from such systems. For example, we currently face extremely high decline in DPT vaccination following the first dose. Janani Suraksha Yojana (JSY) payments can be directly made to new mothers through their UID linked bank accounts, improving accountability and reducing the potential for corruption. Rashtriya Swasthaya Bima Yojna (RSBY) is another example of a public scheme that can benefit from adopting such systems. Both JSY and RSBY provide good opportunities to serve as examples of how such access interfaces should be designed.

In summary, with the increasing trend towards adoption of electronic health record and information systems in India, we have an opportunity to design one of the most advanced healthcare information system in the world. Such a system would improve inclusion in healthcare delivery and provide for more efficient implementation of public health policies and benefit schemes. The regulations required to make this happen need not be onerous. Nor would one have to design a centralized and very costly system, eschewing benefits of private ingenuity and initiatives, for building HIS and EHR systems. The standardized access interfaces to private database and the judicious use of Aadhaar numbers and UIDAI infrastructure would not only guarantee patients’ privacy but would also make portability of health records of a patient a reality. This system would provide benefits to many and would be an envy of the world.