Urbanisation is Here,Development is What is Needed Now

Today, if we do not ensure the right kind of urban infrastructure, of the kind that can support the growth of skilled employment, of innovation, of industry, of knowledge-based sectors, areas in which Indian economy has a comparative advantage, our overall growth will suffer, says Isher Judge Ahluwalia 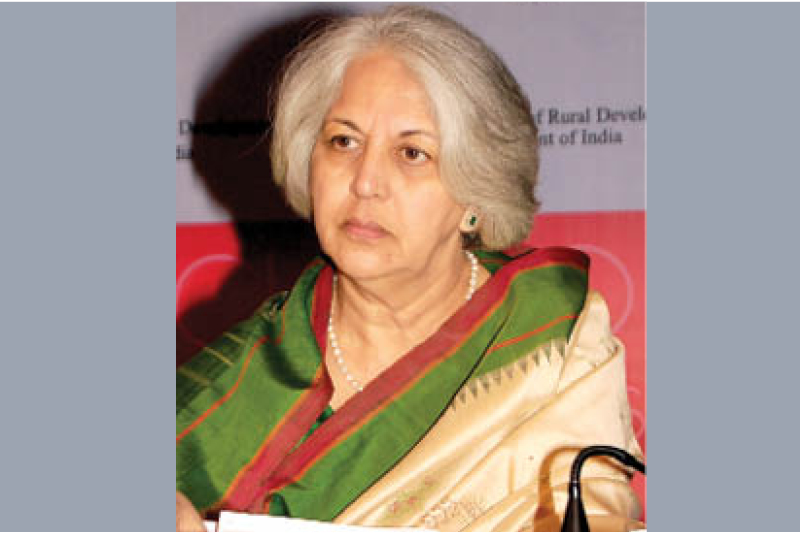 The driving force of Indian economic growth for the last 15 years or so has been the industry and the services sectors, sectors which are directly related to urbanisation. And as we move further towards a sustained growth path of 8 to 10 per cent per annum, the pace of urbanisation is also likely to pick up. Today, only 30 per cent of the Indian population or about 350 million people live in urban centres. So India is much less urbanized than most other developing countries. The present data tells us that in the 1980s and 1990s, there was some slowdown in the growth of the urban population, but by the time the 2011 census data is released there is every expectation that the trend would have reversed. In fact, it is estimated that by the year 2030, nearly 600 million Indians would be living in urban centres and the urban sector’s share of the country’s GDP is going to exceed the current level of 60 per cent.

However, the mindset of our policy makers is still one which believes that India lives in villages. While it is true that much of India still lives in villages, and villages and agriculture are important for the Indian economy, but more and more people are moving to the urban areas, and as a result we have to begin to think in terms of looking at urban development as a major challenge. If growth in the 80s and 90s was led by the Information Technology and the BPO sectors, a similar growth dynamism has been shown by the pharmaceuticals, telecom and auto component sectors, fields which necessitate a major role for urban centres, especially in terms of the infrastructure needed to sustain agglomeration economies.

Over a decade-and-half back, the government approved the 74th constitutional amendment, which formally recognised the importance of urban local bodies as the third tier of the government. But while the Constitution mandated that certain functions that should be transferred to the local governments in terms of responsibility, only some states have actually transferred these functions to such bodies. More importantly, however, while the functions have been transferred, the financial powers continue to remain with the state. As a result of these unfunded mandates, the municipal corporations and municipalities and nagar panchayats, that are responsible for provision of water, solid waste management, waste water treatment, storm water drainage, etc., are hamstrung by the lack of resources. Such bodies today do not have the resources for investments to be made in these areas. Again, the governance system that should have been put into place to implement the 74th Amendment does not exist on the ground.

The easy solution, of course, is to say that there are schemes like the Jawaharlal Nehru National Urban Renewal Mission (JNNURM) where the centre gives the money, the state comes in with some complimentary support and urban local bodies put the infrastructure on the ground. But if the urban local bodies do not have the capacity to build the project, if they do not have the autonomy to charge prices that cover their costs, if they do not have the governance capacity, then this just amounts to throwing good money after bad money.

And, the money required for improving urban infrastructure is huge, as has been stated by consultants like McKinsey. The question that arises here is how are we going to raise these funds? It is clear that resources of such size cannot be financed with a JNNURM type project, which is just a drop in the bucket.

Here, it must be remembered that while the JNNURM project is just the start of reforms in urban infrastructure, it is probably for the first time that the Central government has decided to look at the urban challenge. Admittedly, this is a subject for state governments, but the fact is that the Central government operates in areas where all the state governments are not doing their bit. So it is the Central government’s responsibility that if State Governments are not doing what they are supposed to do, the former brings that subject on the planning front, nudging the states through aid, loans and other financial instruments and incentives, and this is what the JNNURM has tried to do.

What projects like JNNURM also highlight is the fact that states already ahead in implementing developmental activities were able to make better use of Central assistance than the states that were lagging on this front. Thus, Karnataka, Andhra Pradesh, Gujarat and Maharashtra were able to roll out urban development plans and projects much faster than states like Uttar Pradesh and Bihar. More importantly, what JNNURM clearly highlights is the fact that wherever the project was combined with good governance, it has shown that you can turn things around very easily; whether we talk of 24×7 water in the three Karnataka cities of Hubli, Dharwad and Gulbarga, or you talk of Alandur outside of Chennai where in four years they went from zero under ground sewerage to 100 per cent underground sewerage or the sanitary land fill in Gorai, where the total cost of the project was Rs 500 million and the corporation earned Rs 700 million in carbon credits by implementing the project. Again, by just removing, segregating the waste, and putting into place good scientific practices in the dumping of solid waste in the Greater Mumbai area, the local body was easily able to recover the entire cost of the project.

This then clearly shows that with a little bit of JNNURM money, a little bit of state support and some strengthening of governance at the urban local bodies level, there is no dearth of examples that show that one does not have to go very far to implement such change. But where JNNURM did not succeed was in its original idea that the JNNURM money would be leveraged to generate more resources. This was primarily because the states and the urban local bodies began to see in the central funding of such projects some easy money. So, if the JNNURM- type schemes are to work, the government must put in place a structure that incentivises delivery and not just plain implementation.

There have been voices that the local bodies should raise the necessary resources from the market. What people forget here is that the market only provides funds, if it is clear that benefits will accrue to it. This implies that the local bodies will have to put in place a revenue model that allows it to service such debt, meet some expenses and generate some profit. Such revenue models can only be built if the local bodies are made immune to actions by the State Governments that hit at their very autonomy—both financial and governmental. Also, the effectiveness of such schemes will only improve if the Central Government is not just seen as a sponsor, which gives money, but as one that incentivises the urban local bodies to do the right thing and also penalises the State Governments, which do not allow the urban local bodies from getting this autonomy.

The increasing trends towards greater urbanisation are also indicative of the fact that as people move up the education ladder, their needs also change. Thus, increasing urbanisation will lead to a situation where more people demand basic health, education and societal norms. For this, it is important that we integrate the poor into the planning of the urban areas. Thus, the government cannot just talk about building houses for the poor, it also has to think of how to plan public transport, how to plan housing locations, how to rezone, how to redevelop slums and other areas so that it has all functional entities of an urban area co-existing and adding to the economic forces. This is especially important if the government is seeking to maintain the 8-9 per cent GDP growth seen in the recent years. What is essential here is developing townships around industrial corridors, new towns, renewing the old towns, and improving the urban and rural linkages.

What it ultimately means is that the government has to look for linkages that seek to improve infrastructure provision for villages, small towns and mid-sized towns, and not focus only on megacities and metacities. Today, the time has come when we can no longer ask ourselves whether urbanisation is good or not; urbanisation is upon us and we have to see that we really plan for the economy altogether and really look at it as synergetic development between the urban and rural areas.