Tribal Neglect and Limitations of Budgetary Approach to Development

The Indian planner unfortunately has still to understand the difference between planning and budgeting. In addition to spending budgets, we need to give equal importance to non-monetary issues such as institutions, laws, and policies, says N C Saxena 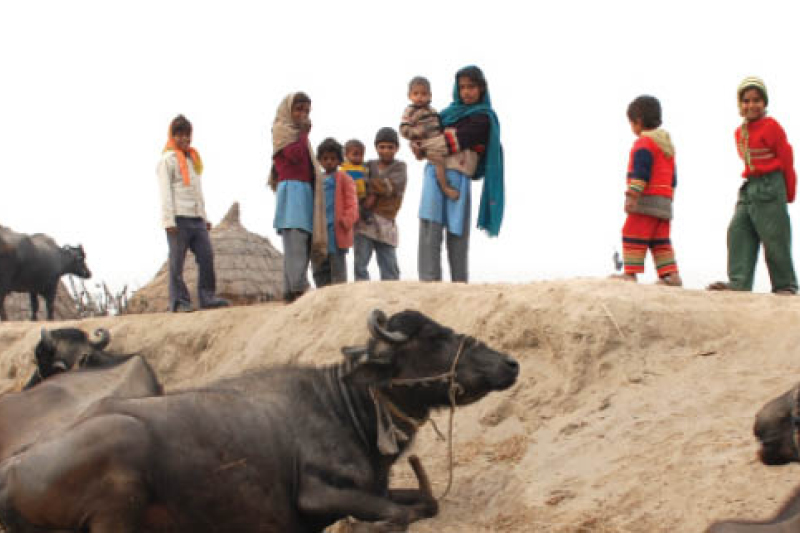 It is well established that the central region of India, despite being resource rich, inhabits the poorest people who have not benefited from social and economic development to the same extent as people in other regions have, and in many cases have actually been harmed from displacement that growth entails. From the viewpoint of policy, it is important to understand that tribal communities are vulnerable not only because they are poor, assetless and illiterate compared to the general population; often their distinct vulnerability arises from their inability to negotiate and cope with the consequences of their forced integration with the mainstream economy, society, cultural and political system, from which they were historically protected as the result of their relative isolation. Post-independence, the requirements of planned development brought with them the spectre of dams, mines, industries and roads on tribal lands. With these came the concomitant processes of displacement, both literal and metaphorical — as tribal institutions and practices were forced into uneasy existence with or gave way to market or formal state institutions (most significantly, in the legal sphere), tribal people found themselves at a profound disadvantage with respect to the influx of better-equipped outsiders into tribal areas. The repercussions for the already fragile socio-economic livelihood base of the tribals were devastating — ranging from loss of livelihoods, land alienation on a vast scale, to hereditary bondage.

As tribal people in India perilously, sometimes hopelessly, grapple with these tragic consequences, the small clutch of bureaucratic programmes has done little to assist the precipitous pauperisation, exploitation and disintegration of tribal communities. Tribal people respond occasionally with anger and assertion, but often also in anomie and despair, because the following persistent problems have by and large remained unattended to:

These issues needing urgent attention are under the jurisdiction of Ministries of Environment & Forests, Rural Development, Panchayati Raj, etc., where they do not get adequate attention. The present approach of the Ministry of Tribal Affairs (MoTA) is to confine its attention to its own budget and the schemes that are under its control, such as grants to NGOs, scholarships. It is unfortunate that MoTA does not put any pressure on other Ministries, who have been vested with the responsibility to ensure that basic justice and development reaches them. MoTA does not even monitor whether the basic services in education, health, or nutrition are reaching the tribal hamlets.

This paper argues that a systemic change is needed in the way MoTA and state tribal departments function; their approach must change from simply spending their own budget through narrow departmental schemes to knowledge-based advocacy with other concerned Ministries/departments. MoTA must highlight the failure of governance that deprives the poor tribals of access to elementary services, and put pressure on the concerned Ministries and state governments to ensure better policies and delivery in tribal regions.

There has been large surrender of funds by the Ministry every year in the last 5 years, especially in 2009-10. Because of the poor expenditure by MoTA in 2009-10, there has been little increase in the BE for the Ministry in 2010-11. Non-receipt of adequate number of complete proposals in accordance with the scheme guidelines from the State Governments, non receipt of Utilisation Certificates and lack of physical progress by State Governments, non-filling of vacant posts, austerity measures, non-receipts of bills from the suppliers etc. have been cited by the Ministry as the reasons for the surrender of funds. MoTA should improve its monitoring capabilities over timely expenditure of its budget.

Apart from poor utilisation of funds, tribals have also suffered because of the poor quality of governance. Programme delivery has deteriorated everywhere in India, but more so in tribal areas, where government servants are reluctant to work, and are mostly absent from their official duties. Government seems to have surrendered to political pressures from the staff, as many of their posts have now been officially transferred from tribal regions to non-tribal regions, where they can draw their salaries without doing any work! It is a pity that massive vacancies exist in tribal regions in the face of acute educated unemployment in the country. In a study by UNICEF of Jharkhand it was revealed that one of the main constraints that NRHM in the State faces is lack of skilled manpower. In the two districts visited, Sahibganj has less than 50% positions in place, while in East Singbhum, with its better infrastructure, it is just around 54%. Other major reasons as identified during this study for low utilisation appeared more due to lack of systemic controls, such as lack of monitoring, and lack of understanding among the staff on implementation of rules.

MoTA was asked to oversee the implementation of the Forest Rights Act (FRA), but a recent study (available on fracommittee.icfre.org) shows that the Ministry has failed to get FRA implemented faithfully. Despite the fact that the main intention of FRA was to promote community participation and management, the study shows that community rights over MFPs etc have been recognized in negligible cases.

MoTA’s record on other tribal issues is equally dismal. MoTA has still not been able to finalise the National Tribal Policy, the draft of which was announced some six years back with a great deal of fanfare. Law pertaining to involuntary displacement has been discussed since 1998, but it has still not seen light of the day, though it is well established that tribals suffer most when new projects lead to involuntary displacement. MoTA takes no interest in pushing the states to change their state laws in conformity with Panchayat Extension to Scheduled Areas (PESA). There is no white paper from the Ministry relating to pathetic condition of governance in forest-dependent villages, including huge vacancies and absenteeism of staff. The Ministry has no meaningful partnerships with advocacy organisations that could produce credible and evidence based reports with a view to put pressure on other Ministries that ignore tribal interests.

A Systemic Change is Needed

It is unfortunate that MoTA does not give sufficient attention to the important problems of the tribals on the plea that many of these subjects, such as land alienation, displacement, and PESA, have not been allotted to it. Even then the Ministry should play a more activist role in addressing these issues by pursuing with the concerned Ministries, where these subjects get a low importance, as the Ministries’ excuse is that they are concerned with ‘bigger’ and more ‘general’ issues. At least, MoTA can set up a monitoring mechanism to bring out the dismal picture of tribal areas that would put pressure on the sectoral Ministries and the states to improve their policies and implementation. MoTA would be taken seriously by other Ministries only if MoTA does evidence based advocacy by analysing why delivery in the forest regions is not improving. Government could also set up a Group of Ministers to review the implementation of suggestions given in this paper.

When a new Ministry is set up to help the marginalised people, it is expected that it would take a holistic view of their problems, and coordinate the activities of all other Ministries that deal with the subjects impinging on the work of the newly created Ministry. It would develop systems that inform Government of India how and why tribals are denied justice. On the other hand, it has been observed that the new Ministry takes a minimalist view of its responsibility, and reduces itself to dealing with only such schemes (such as distribution of scholarships and grants to NGOs) that are totally outside the purview of the existing Ministries. Such ostrich like attitude defeats the purpose for which the Ministry is created.

It is rather sad that the Ministry of Tribal Affairs is more concerned with spending its budget (through NGOs that create opportunities for clientelism and patronage), and less with the impact of overall policies of other Ministries on tribals. It is surrounded by reportedly manipulative NGOs who hog the entire attention and time of the senior officers, leaving little time with them for the real pressing tribal distress. This attitude results in continuing neglect of tribal issues. It also under plays the role of non-monetary policies (such as displacement) and the impact they have on the lives of the people.

For instance, MFP policies in the states are often dictated by the desire to maximise state revenues, and not maximise welfare of gatherers, who are often women. The revenue interest of Orissa can be judged by the fact that during the period 1989–2001, the State Government earned revenues of Rs 7.52 billion from kendu leaves (KL). The total wages earned by KL pluckers during the same period was only Rs 3.87 billion. The high incidence of royalties on KL needs to be contrasted with the royalties collected on a major mineral, where labour is organised, e.g. royalties are Rs 30 per tonne on bauxite, but a whopping Rs 12,000/tonne on KL!

Even the Planning Commission does not monitor regularly the impact of existing policies on the tribal population and pull up the concerned sectoral Ministries. There seems to be an obsession in Government of India with financial budget and not with the impact that policies (or the lack of it) have on the marginalised people. Policies and budgetary provisions, despite the rhetoric, have not been integrated so far. Changes in policy or laws, are not seen as an integral part of the development process because these have no direct financial implications. One lesser-known reason for this isolation is that development and planning in India are associated with spending of money. That Planning means Expenditure, and this will lead to Development is the mindset behind such beliefs. The Indian planner unfortunately has still to understand the difference between planning and budgeting. This is where a systemic change is needed in India. In addition to spending budgets, we need to give equal importance to non-monetary issues such as institutions, laws, and policies.