Need to Shift Focus from Sickness Care to Health Care

The government must make citizen a stakeholder in ICT planning at an early stage and work for organisational transformation simultaneously while acquiring software, hardware and connectivity, argues Dinesh Trivedi 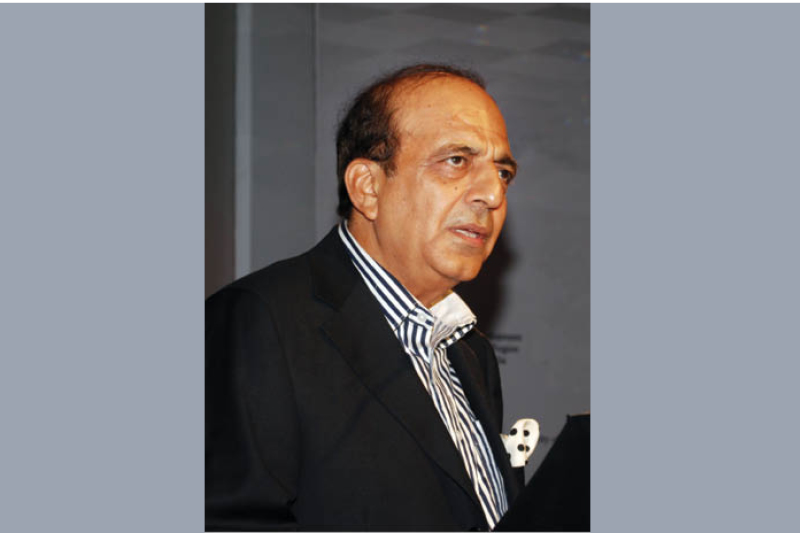 Talking about Right to Life would be silly unless one has right to health or basic amenities like water, nutrition, hygiene, environment, road and electricity. A lot of our problems would cease to exist in case money is spent on potable, safe drinking water. Whether it is vector borne or whether it is direct consumption of unsafe drinking water, which is arsenic, water management is at the core of most diseases. The Indian medical system deals with sickness care and not health per se. The programmes of the government are part of sickness care.

There is a strong need to shift focus from sickness care to health care and drinking water, sanitation, nutrition, electricity and roads. If India can provide for these basics to the people at large, especially at the village level, it would have solved more than 50% of it health problems. The other area of importance is the preventive services more than the curative services, and basics like drinking water form a crucial part.

Health and education are intrinsically inseparable. To achieve inclusive growth, leave aside the super power status, India would need to pursue both with equal vigour. Without these two basics becoming a flagship of the government, not only in terms of manifesto but in terms of deliveries, the country cannot expect to prosper. Health has not received the kind of seriousness that it should have. 80% of the health expenditure comes from the private sector and barely 20%, now perhaps less than that, comes from the government. The ‘tragedy’ is that 80% is spent on 20% of the population and the 20% is spent on 80% of population. There has to be something very seriously wrong with this kind of model.

Central mechanism is already there to oversee the implementation of health schemes. But it will not be of great help because the centre is dependent on the states for the figures, and one can always play around with statistics. For example if legal marriage age is 18 and the states know for sure that the girls are getting married at 17, it becomes a question of implementation. If the laws are not implemented, there is very little that the centre can do. Giving money without monitoring sometimes works as a demotivating factor. So the time has come to use technology in a big way to enable monitoring. This was the reason why the health ministry was planning to have a national portal.

There is a need to create a separate National Health Service cadre to ensure that people who deal with health understand what it is about. You cannot have a person who is in the sports ministry, comes into health for two years, goes to finance or then goes to some other ministry.

Clearly the NRHM, which places emphasis on health of mothers and their children, has made pregnancy and childbirth a far less hazardous enterprise. Since the launch of the Janani Suraksha Yojana (JSY) Programme in 2005, safe deliveries, particularly in hospitals, have increased from 48% of births in 2002-2004 to 53% in 2007-2008. Some of the most significant progress has been made in states like Rajasthan and Madhya Pradesh.

Another tangible gain is, at least the villagers know that they can go to some place for health services.

Can you imagine without them what would have happened? The gains from the NRHM have been that earlier there was nothing. And the financial condition of the state governments is so very bad. So what the central government has done is that it has provided financial support to the states. Very honestly, beyond that support, there has not been enough monitoring of the finances. There is a further need to monitor and give them advice and provide them with whatever they need. But health is a state subject and the primary responsibility would still be with the states.

India has everything under the sun. In spite of that if there is poverty, there is unemployment, there is illiteracy and there is no good health, then there is something terribly wrong with the system

There is a program for urban poor (on the pattern of NRHM), the blueprint of which is already made and very soon it is going to be implemented. Hopefully, the Finance Minister and Planning Commission will give finance for its implementation because there are a lot of people in the urban areas in the slums and this is actually where the poor people from the rural areas reside in. So directly or indirectly the government would be helping the rural people.

Nothing much is really being done to promote alternate medicine systems. India should be very proud of its traditional knowledge of Ayurveda, Siddhi, Unani and even homeopathy. If Indian government spends enough attention on alternative systems, it can definitely cut down the bill on modern way of medicine. As far as the modern medicines are concerned, they are very good in terms of surgery. It is not possible to do away with them there. But at the same time the need of the hour is to promote yoga, meditation and healthy living. This is how India can shift focus from sickness care to health care.

The Millennium Development Goals (MDGs) are achievable. India can achieve whatever India wants. There has to be a will, both at the society and at the political level. There is nothing that India cannot achieve. The government needs to ask why it has not been doing it. That is the question. For countries in sub-Saharan Africa, it may be difficult to achieve because they have to depend on the outside people and outside help. India is a great country. India has everything under the sun. And in spite of that if there is poverty, there is unemployment, there is illiteracy and there is no good health, then there is something terribly wrong with the system.

Why should the government need five years to realize the MDGs? The government can achieve them in two years provided it achieves the basics. The focus has to change. The country doesn’t need the world to tell what’s wrong with it. Rather it should find out what’s wrong with it. And if Indians can live in cities without being sensitive about the poor who do not have enough to eat, then again there is something terribly wrong with the society. Everything cannot be blamed on the government. And in a democracy you have to make the government work. You simply cannot shrug off your responsibility by just saying, “It’s the government”. But you make them work. They are accountable. Politicians are accountable. It’s not once in five years, you have to make them accountable on a daily basis.

NACO (National AIDS Control Organization) is there to look after programmes on AIDs and HIV, and it is doing good service. According to UNAIDS report on the Global AIDS epidemic 2010, the rate of newly infected people with HIV in India has gone down by 25 percent between 2001 and 2009. Awareness, education and supply of basic protection devices like condom, which is a family planning device, but also acts as a protection against HIV, has apparently played a big role. The HIV patients need to be treated with dignity, so that they are not scared of coming up to the centres and telling them that they have HIV. HIV needs to be looked at as any other disease. There should not be any stigma attached to it.

AIIMS (All India Institute of Medical Sciences), one of the best institutions in the country, has given a boost to growth of private sector as well but the problem with AIIMS is supply and demand. Every patient wants to get into it. But AIIMS alone is not the answer. There is need to create a very small version of AIIMS; same model, it does not have to be so big. Each and every municipality in the country should have this model.