KYC Process Must to Prevent Frauds in Capital Markets

Strong KYC norms help to protect the integrity of capital market and mitigate the risk of intermediaries becoming a vehicle for or a victim of financial crime and suffering consequential eputational damage, says Gagan Rai 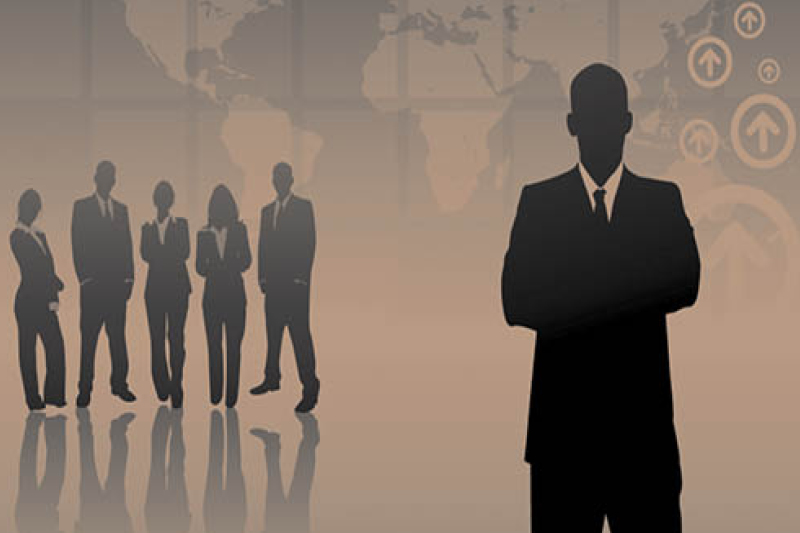 In the last decade and a half, the capital market in India has witnessed structural reforms in the century old practices of trading and settlement. This has been possible due to advent of technology that has created a nationwide network enabling the market participants to interface from virtually every nook and corner in the country. Long gone are the days when only the privileged few had access to the stock markets. Proximity to the marketplace is no longer a virtue for operating in the market. Faster communication and execution of buying/selling orders and instant registration of securities in the names of investors have resulted in substantial growth in trading volumes on the stock exchanges over these years. These reforms coupled with liberalisation and globalisation of the economy has encouraged wider participation of investors in the capital market. The systems and processes of the market intermediaries have matured over a period of time providing excellent audit trails of transactions taking place in the stock markets. Perpetrators of fraud and market manipulators have to think hard now knowing the capabilities of the systems to track the trail. Now that the systems are capable of detection of manipulative transactions, it is imperative that the identity of the persons behind the transactions is also easily established. Certain events in the recent past have resulted in a number of countries putting in place anti-money laundering laws casting huge responsibilities on the entities in the financial sector. India is no exception to this trend. The immediate fallout of these developments is the strengthening of the Know Your Client (KYC) norms by regulators. Every entity operating in the financial markets needs to know the persons whom it is dealing with or on whose behalf it is dealing.

For the purpose of complying with the extant anti-money laundering laws, market participants have to report suspicious transactions. A whole lot of softwares have been developed and available in the market facilitating generation of alerts on suspicious transactions. These will serve no purpose if there is a let up in establishing the identity of the client i.e. the person behind the transaction. Fraud exists in the human mind not in any system. It has been and always will be a challenge for the regulators to tackle the menace of fraud and manipulation. The perpetrators are agile and keep finding new ways to beat the system. If you block one route they innovate and look for other entry points. A good move in this direction has been to make Permanent Account Number (PAN) issued by the Income Tax Department mandatory for capital market transactions like trading on stock exchanges, opening depository accounts, applying for IPOs and mutual fund schemes etc. Infact, both SEBI and RBI have gone a step further and have restricted outsourcing of KYC process for opening depository accounts and bank deposit accounts respectively.

It is imperative to take all precautions at the very first stage of entry of a person into the system by doing the necessary due diligence. Recently, even when the funds from Foreign Institutional Investors (FII) were flooding the Indian Capital Market, SEBI decided to impose certain restrictions on the issuance of participatory notes by FIIs, in order to ensure that the identity of the underlying clients is established. This is a very live example of the significance of KYC exercise that is ought to be done at any cost. Strong KYC norms help to protect the integrity of capital market and mitigate the risk of intermediaries becoming a vehicle for or a victim of financial crime and suffering consequential reputational damage. These guidelines have been made more and more stringent and rightly so with a view to make the capital markets a safer place.

There is an increased emphasis world over on taking pro-active measures against financial crime and containing risk at the earliest possible stage in the customer management process. The focus so far has been on detecting suspicious activities and then reacting by investigating and trying to take enforcement actions in the cases after they have already occurred. But the market is maturing rapidly. As a result, customer on-boarding, especially KYC–processes have gained greater attention and importance than ever before as it can act as a deterrent. SEBI has also notified certain guidelines relating to Anti Money Laundering laws for compliance by all capital market intermediaries registered with it. These Guidelines lay down the minimum requirements/disclosures to be made in respect of clients. This clearly shows how critical it has become for all the market intermediaries to ensure the robustness of the KYC process for verifying a customer’s identity. Identity generally means a set of attributes which together uniquely identify a natural or legal person. An individual’s identity comprises his/her name, recent photograph, signature, date of birth, and the residential address at which he/she can be located. Identity verification is not achieved by obtaining a photograph of the person. It is imperative to verify the customer “in person” with his/her photograph. In case of non-individuals, identification is established with the help of a registration number, copies of incorporation documents, location, address of main office and identity of authorised signatories. The right approach towards formulation of any KYC policy is to first perform a risk assessment, then design effective procedures followed by regular audits and compliance. The adoption of effective KYC standards is an essential part of capital market intermediaries risk management practices. Intermediaries with inadequate KYC risk management programmes may be subject to significant risks, especially legal and reputational ones.

In fact, the need of a KYC process has not been a recent phenomenon. It has only got more stringent recently. As far back as December 1998, based on L C Gupta Committee Report requiring strict enforcement of KYC norms for clients in derivative segment, SEBI had made it mandatory for clients of brokers to quote their PAN in the client registration forms. In July 2001, SEBI made it mandatory for all brokers to use unique client codes and for that purpose, advised brokers to collect and maintain the permanent account numbers of all its clients. For those investors who did not have PAN, a declaration was required and other alternative documents such as passport, driving license, Voter-ID card were required to be obtained. Subsequently, in the year 2007, SEBI made PAN as the sole identification number for all participants transacting in the securities market, irrespective of amount of transaction also making it mandatory to quote PAN in all applications for public issues and rights issues irrespective of application value.

Over a period of time, the KYC norms have been tightened. Earlier, application form, photograph, signature, introduction and agreement were needed at the time of opening depository accounts. Gradually, more documents in the form of Proof of Identity (POI) and Proof of Address (POA) have been made to be mandatorily produced as a part of KYC compliance. Later, the documents to be considered as POI & POA were made stringent with only specified documents being accepted under this category. Then the concepts of ‘in-person’ verification and mandatory requirement of PAN card were introduced as a part of KYC norms and to establish the identity of the investor seeking to open an account. These requirements are applicable not only to the first applicant but to all joint applicants seeking to open an account.

Prior to the establishment of the depository, there was a big problem of fake share certificates getting circulated in the market. The certificate ultimately had to be lodged with the issuer for verifying its genuineness and getting the same transferred. Then came the concept of ‘depository’ in the country, which revolutionised the way the capital market functioned. The depository can be said to have a pool of pre-verified securities. Any person dealing with the dematerialised securities does not have to verify the genuineness of the demat securities. In a similar manner, through the KYC exercise, it is intended to create a pre-verified and identified pool of investors in the market. Anyone dealing with a member of this pool does not have to bother about the genuineness of that person. Similar concept can be applied to the other segments of the economy apart from capital market. National Skills Registry (NSR) set up by NSDL Database Management (NDML), a subsidiary of NSDL, on behalf of NASSCOM is an example of other segments of the economy awakening to the need for establishing identity of a person. NSR is a web-based system hosting a fact sheet of information about existing and prospective employees of Indian IT & ITeS/BPO industry. Under NSR, each applicant is identified with the help of biometrics (fingerprints). This system is envisaged by the IT & ITeS/BPO industry and its clients as a credible source of information about the Knowledge Professionals (KPs) who are being employed or put on client assignments. Looking at the benefits of this system, we have been getting suggestions for extending similar facility for other industries as well. To start with, we have recently extended this facility for financial services industry.

It was a big challenge for the depositories and stock exchanges to make the investors follow the mandate of furnishing PAN Cards. Unless the investors themselves come-up and comply with these guidelines, the system cannot function effectively. But the experience of NSDL has been very positive in this regard. At present, about 98% of the 11.2 million demat account holders in NSDL system have already complied with this requirement. Spreading awareness about this requirement across millions of investors was not an easy task though. NSDL has taken a whole lot of initiatives so as to percolate this concept to investors across the country. Various measures like investor awareness campaigns across India, nationwide advertisement campaigns in leading national as well as regional newspapers in more than 10 languages, awareness through other mediums like television and radio etc. were undertaken by NSDL.

With the growing importance of capital markets the world over, establishing unique identity of the investor has become critical and of vital essence. It is a need of the day to follow the procedures such as KYC, in-person verification etc. though seem to be stringent and time consuming. These are one-time exercises at the time of entry of the client in the system and worth the pain. These procedures have been put in place to strengthen the capital market and its systems. In many parts of the world, individuals are provided with ‘Social Security Number’, which acts as a unique identifier for that individual. In India, such a concept has recently emerged by establishment of Unique Identification Authority of India (UIDAI). Under this system every resident is allotted a unique identification number. Under UID system, the uniqueness of the identity of the person is ensured by the biometrics attributes such as finger prints and IRIS scan.

UIDAI is taking lot of initiatives for successful implementation of this mission. Once UID is allotted, it can facilitate KYC requirements and particularly establish the identity of the investors in capital market.