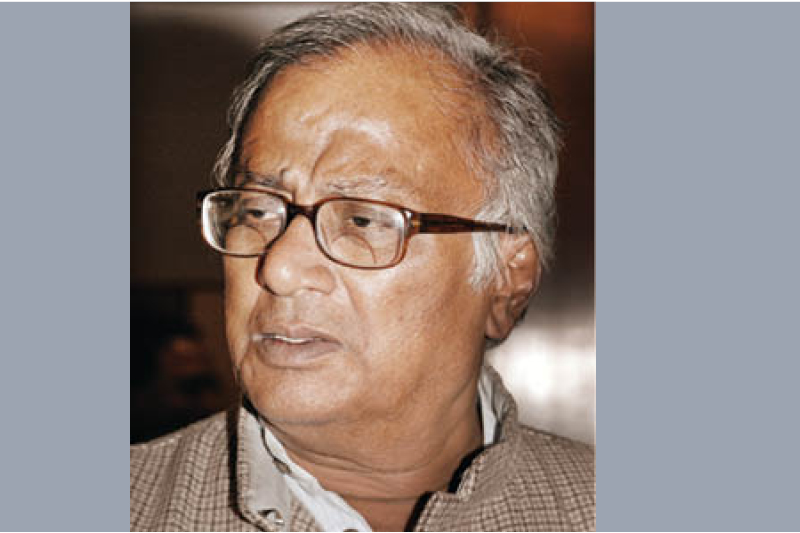 Today, it is increasingly being recognised that improved infrastructure acts as a catalyst for development and enhances the impact of other social and economic interventions that seek to alleviate poverty and give the poor access to other services like education, health, and financial services. It is well-known that wherever power supplies, water and sanitation, telecommunications, ports and airports and road and rail links are poor and unreliable, the scope for economic development is severely curtailed. Thus, any improvement in infrastructure has its impact on both the economic and social sectors.

But for any improvement in infrastructure to have its impact on the poor, what is needed is that the poor have access to such infrastructure: Poor access to education leads to poorly educated people; poor health is caused by a lack of access to (adequate) health services and lack of access to clean water; access to information can help people in myriad ways, including a better understanding of the agricultural techniques, which can lead to increased productivity even in subsistence agriculture. Clearly, access to information alternatively contributes to improved education and to better health standards being applied. Precisely this lack of access to basic goods and services is still a major impediment for the poor. Also, such access is only effective, if improvements in infrastructure are accompanied by stronger governance and institutional frameworks. Greater access of the poor to education and health services, water and sanitation, employment, credit and markets for produce is important. Moreover, the vulnerability of the poor to economic shocks and natural disasters must be reduced to enhance their well-being and encourage investment in human capital.

Poverty reduction thus requires growth which, when accompanied by sound macroeconomic management and good governance results in sustainable and socially inclusive development. Infrastructure only acts as facilitator in enabling easier access to facilities that they are otherwise denied. While there may be a school in an adjoining village, the lack of suitable infrastructure – roads and means of transport – may compel a majority of the poor children to avoid attending classes. Thus, the key differentiator between school attendance and infrastructure is a matter of available time: the lack of infrastructure means that the same task takes a lot more time, and that is why people choose to avoid such tasks. Such denial of access is what leads to exclusion, through location, through pricing, or through socio-political factors. The link between exclusion and infrastructure reflects a static aspect of poverty, focusing on what can be done to improve the lot of those who are already poor. The dynamic aspect of poverty is linked to the poor becoming even poorer, if they continue to be denied access to facilities that rightfully are theirs.

For any improvement in infrastructure to have its impact on the poor, what is needed is that the poor have access to such infrastructure

What is thus needed is public policy reforms and investment in physical infrastructure that contributes to the pursuit of socially inclusive development. Today, there is growing recognition that if economic reforms are to have their intended effects of raising economic growth and reducing poverty, there needs to be a commensurate improvement in regulatory governance. Awareness of the importance of empowerment in the decision-making process is increasing among policy-makers, as is awareness that legislative reforms can promote constructive interaction, for example by obliging local governments to consult with the public and the civil society on the use of public resources and the implementation of policies.

An issue that is often raised here is the access of the poor to a better infrastructure will only be possible if the government subsidises such infrastructure. Such action is often proposed as a means of redistributing resources from higher income households to the poor. Yet, its effectiveness depends on whether subsidies actually reach the poor. Here, the argument that is often used is to subsidise the access of the poor to public infrastructure services rather than giving them price subsidies.

The link between infrastructure and poverty probably goes far deeper than its impact on overall growth or even the social sectors discussed above. Infrastructure plays a major role in creating a link between isolated communities and the rest of the world. The link can be direct or indirect. Until recently, direct effects through improvement in communications meant essentially improvement in the transport system. Today, however, improvements in telecommunication and internet connections are seen to be playing a greater role. Nonetheless, it is true that good infrastructure is likely to attract better teachers, better agriculture extension agents, and open the door to industrial or agro-industrial development. These influxes are like many windows opening up again to the outside world. They bring with them outside influences and stimuli, and in a majority of cases lead to changes in deep-built mentalities and attitudes.

Consider, for example, road density has a significant impact on the consumption expenditure of rural farm households in poor regions. Rural infrastructure investments can lead to higher farm and non-farm productivity, employment and income opportunities and increased availability of wage goods, thereby reducing poverty by raising mean income and consumption. If higher agricultural and non-agricultural productivity and increased employment directly benefit the poor, these investments can reduce poverty even faster by improving income distribution as well.

And, it is not only in the rural areas that improved infrastructure can have its impact on poverty alleviation. In the urban areas too, improved infrastructure has its role to play. In fact, it is being increasingly recognised by policy-makers and public representatives that infrastructure is a key element of poverty alleviation even in the urban areas of the country and is not just a facilitator of improved growth. Urbanisation is a key indicator of economic development and should be seen as a positive factor in the overall development of the economy and the country. As a World Bank paper notes, “Policy-makers are recognising that urbanisation is not only inevitable, but also a powerful force in support of economic growth and poverty reduction. “

With cities accounting globally for an estimated 70 per cent of the GDP, increasingly, the emergence of this ‘new paradigm’ is grounded in the notion that density — and the urbanisation that drives it — is essential to achieve agglomeration economies and productivity gains. What, however, is of concern here is that urbanisation in India has mainly centred around existing cities and urban agglomerations. This has led to a tremendous pressure on civic infrastructure systems, water supply, sewerage and drainage, apart from affecting the quality of life in such centres. The extent and magnitude of the urban population calls for extra efforts by city planners and managers to cope up with the ever growing strain on urban infrastructure. Special attention is needed for management and governance of urban areas which are at present fragmented between different State-level agencies and urban local bodies (ULBs), with lack of coordination.

While policy makers and decision-makers accept that urbanisation will be the locus and engine of economic growth over the next two decades, and will help realise the ambitious goal of a 9-10 per cent growth in the GDP, such growth fundamentally depends on how we make Indian cities and towns more liveable, inclusive, bankable, and competitive. The policy makers need to focus on new ways to achieve the results and on different benchmarks that capture efficiency, effectiveness, quality, and sustainability in governance, service delivery, intergovernmental municipal finances, and social development. What is important here is to understand that as rural infrastructure improves, out-migration – otherwise linked to infrastructural constraints – tends to Increase, as the aspirational levels of the poor also increase. Here, some experts argue that such migration is the result of the misconception that life is better in the urban areas, and that urban poverty and rural poverty are not very different. While it is certainly true that a majority of the migrations take place because of such perceptions, it is also true that a majority of the migrating populations end up in slums in such urban centres, seeking to climb up the economic ladder of an improved livelihood.

Out-migration and urbanisation must be looked at in the context of what are now being called global cities; cities that have established linkages with national and international markets. Here, it is often argued that the process of urbanisation is being determined by macro-economic factors at the national and global levels; one that is not strongly linked to developments in the rural economy. But it is an accepted fact that migration is considered to be a major factor for the growth of slums in urban areas. In fact, the United Nations has warned that rapid urbanisation and migration will lead to a tripling of the global slum population by 2050.

It is in this context, that the United Nations’ Millennium Development Goal (MDG) that stipulates significant improvement in the conditions of all slum dwellers assumes importance. The rehabilitation of slums and focus on urban housing is seen as a key to accelerate the pace of development. Already, the government is implementing the Rajiv Awas Yojana (RAY), which envisages a slum-free India. The scheme aims to accord property rights to slum dwellers by providing basic amenities and social infrastructure facilities, and also seeks to enable the construction of houses by slum-dwellers through access to subsidised credit. It recognises the fact that poverty leads to poor-quality housing, but poor-quality housing also acts upon poverty. More importantly, the scheme seeks to converge the various government-run health, education and social security schemes as also the connectivity infrastructure.

So far, what has been seen is that the authorities refuse to install infrastructure in informal settlements or slums, which are therefore rarely connected to municipal services, such as water and electricity supply, drainage and sewerage, transport and solid waste collection. If a service is available, the quality may differ substantially from that in other parts of the urban settlement. If the civic authorities refuse to provide basic services in slums, the residents have to rely on the informal, private sector. As a result, they tend to pay many times more and this increases their poverty. In addition, there is the high health cost of living in an unhealthy environment with inadequate water supply, sanitation, drainage and solid waste collection, high levels of air pollution, and the threat of eviction and natural hazards, such as floods and landslides.

The dynamic aspect of poverty is linked to the poor becoming even poorer, if they continue to be denied access to facilities that rightfully are theirs

Public services may not be far away from any urban household but time takes on a different connation in an urban area when compared to a rural area: income earning and not the cost being the prime differentiator. What it highlights is that urban non-income poverty is not so much a problem of availability of services or of traditional socio-cultural barriers to services but is often a form of exclusion owing to the prevailing regulatory frameworks. Thus, even while a slum dweller may be willing to pay for services, like regular water supplies, the regulatory environment denies such rights, forcing the urban poor to tap private operators and at a much higher cost.

Targeting government interventions to reduce poverty can only be regarded as supplementary to fostering economic growth, which is the more durable approach to sustained poverty reduction and overall improvement in living standards. Public investment in physical infrastructure is needed to raise productivity and achieve long-term growth. Such investment is especially critical, because ample potential remains for raising productivity and employment, thereby contributing significantly to faster overall economic growth.