Our pattern of growth has ensured undreamt of prosperity and undreamt of growth prospects for a small segment of our population which, in absolute numbers, is a huge number. But it does leave out of the trajectory of high growth approximately 900 million to 1 billion Indians, writes Mani Shankar Aiyar 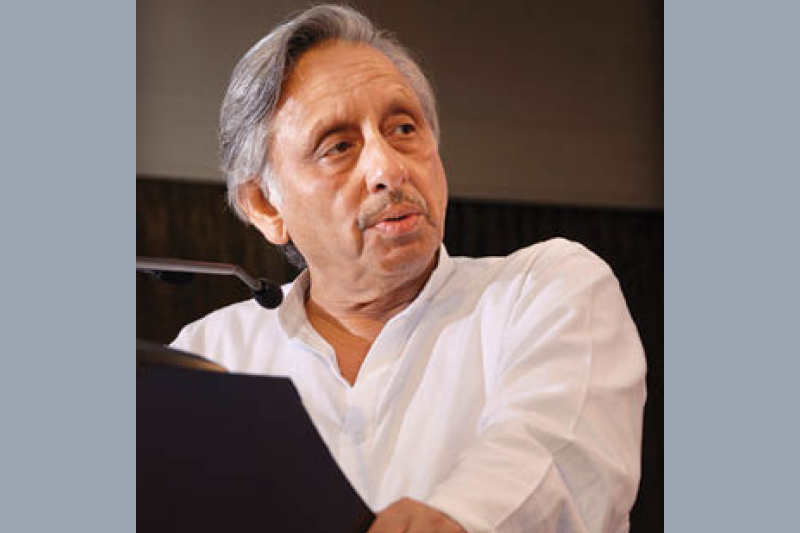 When I was the Minister of Panchayati Raj, a calculation was made about the increase in the central budgetary allocation for the social sector and anti-poverty programmes over 15 years, from 1994 to 2009. It revealed that the allocation had gone up by a factor of 15 over 15 years — from about Rs 76 bn in 1994 to about Rs 1350 bn now. Obviously the value of money has fallen over this period but, I think, it would be fair to claim that there would be very few countries in the world where financial allocations to deal with issues of equality, growth and social justice have been more impressive than in India. At the same time, the Indian rate of growth has risen to around 9 per cent now. It is one of our proud boasts that barring China there is no other large non-oil economy in the world which has been growing as fast as India and it is this very impressive GDP performance that enables President Obama to suggest that far from being an emerging country we are a country that has already emerged.

Since we cannot significantly increase per capita incomes at the bottom of the ladder, the only way of ensuring stability of our policy is to ensure the provision of public goods and services to people at affordable rates and in the quantities that they minimally require

Our pattern of growth has ensured undreamt of prosperity and undreamt of growth prospects for a small segment of our population which, in absolute numbers, is a huge number. But it does leave out of the trajectory of high growth approximately 900 million to 1 billion Indians. So, if there’s a narrow focus on a single parameter – the rate of growth of GDP – one gets the illusion that ours is an economy which is not just emerging but has emerged. Whereas the ugly reality is that India is prospering but Indians are not. This is an extremely dangerous situation and by focusing narrowly we are ignoring the political consequences of a pattern of economic growth where high growth rates are associated very closely with extremely widening inequalities in society.

I was present at a function where S Tendulkar the Chief Economic Advisor to the Prime Minister, drew attention to the Presidential Address of Simon Kuznets – the greatest authority the world has ever seen on national income – to the American Economic Association, where he said, “…all growths lead to widening inequality and therefore the higher the growth rate the wider is the chasm that grows between the better off and less well off.” He argued that this inequality does not amount to any lack of equity because the processes of growth raise the living standards of all. I think, statistically it is impossible to deny this. The only thing is that it does not apply to any one generation of people. It takes 250 years in historical terms for levels of living to be raised in society as a whole to render questions of inequality as being beyond the pale of democratic politics.

In India we ought to recognize that we are doing something that is historically without precedent: creating a full-fledged democracy before embarking on the processes of growth. In the USA, the constitution proclaimed the right of all to life, liberty and the pursuit of happiness but denied it to those who were the indigenous people of the USA. Perhaps some of the worst expropriations of other peoples land without the payment of any compensation and with death inflicted as punishment for refusing to part with land was in the same USA. It was quite late that the right to life, liberty and the pursuit of happiness was in theory granted to an entire people who had been stolen from another continent and transported across the Atlantic Sea to provide the manpower for the economic development of North America. After the proclamation of the emancipation of the slaves in 1863, it then took another 101 years till 1964 for the Civil Rights Bills to be passed to enable the American Black to enjoy the same civic political rights as others in his country.

In the United Kingdom, democracy took approximately 1,000 years to evolve from being a matter of the rights of the Barons vis-à-vis the King which is what the Magna Carta was about, to women getting the Right to Vote in 1928. In France, they had a revolution in the name of ‘liberty, equality, fraternity’ and because fraternity means fraternal relations between brothers, half the population of France – the women – did not get the vote until after Hitler had been defeated in 1945. It is not surprising that the first feminist was a French woman called Simone De Beauvoir and her most celebrated book is called the ‘Second Sex’. Trade union rights, which are a phenomenon of the second or third century of the industrial revolution in developed democracies, had been enshrined in our Constitution and our law approximately 25 years before we even began our industrial revolution. So, as a result of 60 years and more of unbridled democracy, we have created a class consciousness among people that doesn’t require a dictatorship of the proletarian. These people, who have exercised political rights, are today asking themselves increasingly the question ‘what is in it for us’? What profits us if Bangalore becomes the IT capital of the world? What profits us if in pharmaceuticals the Indian industry is unbeatable? Curiously, the question becomes more and more serious as you go down the social hierarchy for it is by the most poor, the most deprived, the most exploited and the most discriminated-against segment of the Indian population, namely the tribals, that this very disturbing question is being put to the Indian State.

All this gets illustrated in the UN Human Development Index (HDI). If India can grow from a very low rate of growth to having the second highest rate of growth in the world why doesn’t the HDI also reach position two? In the last UNHDI report, India in 2007 was at position 134, the same position that it held in 1994. In other words, at least 15 years of economic reforms have not penetrated to the people. Further, the high growth process depends so much on the prosperity of the few that government resources are increasingly pushed in their direction, directly or indirectly.

The government, couple of years back announced a one-time waiver of Rs 700 bn for farmers who had taken loans and not repaid them. The fact is that for that 1 per cent of India’s population that pays direct taxes we have given them – in one way or the other – almost as much financial relief as was given to 140 million farmer families as a one-time exemption. Also, since we have said that all companies listed on the stock exchange will pay a 16 per cent tax before they announce their dividends but the individual dividend recipient will not have to pay any further tax on his dividend income, one Indian whose annual income from the stock market is Rs 400 bn receives it on the payment of no taxes as does the Kargil widow who owns one share in one company. There is a deliberate promotion of inequality to ensure the sustainability of high growth. Therefore, it is no surprise that our annual average growth rate of agriculture is around 1 per cent per annum since 1991, whereas the economy is growing at nearly nine times that figure. As a result, the share of the Indian population in a slow growing or non-growing sector like agriculture at 65 per cent is approximately the same as it was in 1991 whereas the share of the national income going to the agriculture and allied activities sector has declined to 18 per cent. So, 65 per cent of our people are living on 18 per cent of our national income and approximately 1 per cent of our people, who are indirectly and directly involved with the services sector, primarily the IT sector, are securing approximately 57 per cent of national income. The whole system is skewed in the direction of making rich people very much richer than they are and determining India’s place on the international stage.

Since we cannot significantly increase per capita incomes at the bottom of the ladder, the only way of ensuring stability of our policy is to ensure the provision of public goods and services to people at affordable rates and in the quantities that they minimally require. There are hundreds of silos through which the CSS are delivered to exactly the same bin, the people of India. But because they are individually conceived and very zealously guarded, it is impossible to have convergence. So if MGNREGA is for manual labour, nobody thinks that that same manual labour could be — if it was connected to the Sarva Shiksha Abhiyaan — used for building a school. The programme gets criticised for being unproductive, but that is only because convergence does not take place on the ground.

But, development can take place if we take just 10-15 subjects listed in the 11th Schedule and say that with respect to these all functions, all finances pertaining to those functions, and all functionaries pertaining to those finances and functions shall be devolved to the local level. All we need to do is to ensure that the panchayat bureaucracy is responsive to the elected panchayat leaders who, in turn, are responsible to the Gram Sabha. Once you have this scientific devolution, then comes district level planning. This is what Article 243 ZD says: that the planning at the grassroots shall be in the hands of the District Planning Committee (DPC); that there shall be a DPC elected up to 80 per cent by the urban and rural bodies within a district so that they are able to consolidate the individual plans made by the rural panchayats and the urban local bodies. This means that we should have a single ministry of Panchayati Raj and Nagar Palikas whose job is to ensure that Article 243 ZD is actually implemented and that the Planning Commission doesn’t approve of any state plan where it cannot be manifestly established that this has been built up from the below through the processes indicated in the Article 243 ZD. Panchayati Raj is thus a holistic conception. If you take away any one element of it all the other elements fall to the ground. So, therefore if you want to deliver equality, growth and social justice, it can only be done through Panchayati Raj. If we keep ignoring this then we are living in a fool’s paradise.