Financial Inclusion as a Driver for Inclusive Growth

It must be remembered that the financial sector is probably the only sector that has the ability to act as a facilitator and multiplier for overall economic growth and stability, says R Gopalan 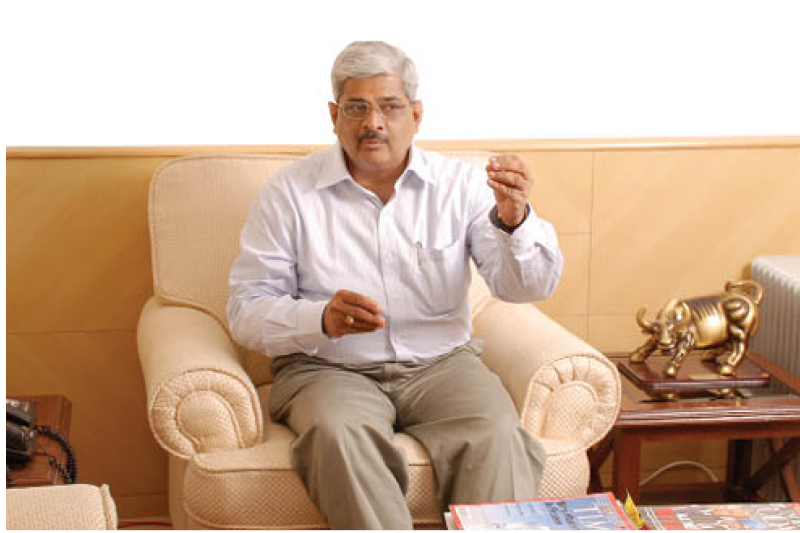 Inclusive growth is the biggest challenge that the nation faces and it is important to ensure that while the Indian economy grows rapidly, all segments of society are part of this growth process, preventing any regional disparities from derailing such growth. Thus, there is an urgent need today to provide financial services to all households that are excluded from formal financial services. Here, it must be remembered that the financial sector is probably the only sector that has the ability to act as a facilitator and multiplier for overall economic growth and stability. A well spread out financial system engenders economic activity by mobilising savings into the formal financial system, providing an avenue to urban workers to remit money to their families in villages besides weaning them away from the clutches of usurious moneylenders. This is even as it connects all parts of the country to the market economy and mitigates risks by ensuring that the poor have access to a variety of social security products, like micro-savings, micro-credit, micro-insurance, and micro-pension products.

Financial inclusion has been identified as a priority sector in the government’s efforts to make the growth process more equitable and inclusive, and technology is playing a pivotal role in this process by reducing the cost of delivery while increasing the sector’s efficiency and productivity. It is recognised by all that in the long run, the financial services sector must have the ability to service the entire real sector of the economy. This shall increase its efficiency, vibrancy, effectiveness and productivity of the real economy. The objective of the financial deepening process is to ensure the creation of adequate social security nets that shall provide citizens with a choice of financial products, including pension, insurance and saving instruments. It will also enable the household sector to convert physical assets into financial assets, which can be leveraged for productive activities spurring economic activity. Financial Inclusion is also important as it provides an avenue to the poor for bringing their savings into the formal financial system. It is thus essential to extend banking services to the rural hinterland at the earliest in order to include these regions in India’s growth story. The provision of banking and financial services to the rural hinterland will be an enabler for inclusive growth.

A well spread out financial system engenders economic activity by mobilising savings into the formal financial system, providing an avenue to urban workers to remit money to their families in villages besides weaning them away from the clutches of usurious moneylenders

But what are the challenges that the nation faces in ensuring inclusive and equitable growth. Consider this: today only 38 per cent (32,000 branches) of the bank branches of scheduled commercial banks are in the rural areas and only 40 per cent of the country’s population has bank accounts. More importantly, rural India accounts for just 9 per cent of total deposits, 7 per cent of total credit, 10 per cent of life insurance and 0.6 per cent of non-life insurance business. It is well-recognised today that the lack of formal banking facilities has led to non-banking channels as the only available source of credit for large sections of the rural population as well as the urban poor. This has resulted in very high costs of credit delivery to the poor.

The country’s banking system has already formulated its road map for ensuring financial inclusion and has identified nearly 73,000 habitations across the country, having a population of over 2,000 for providing banking facilities by the year 2012. This is estimated to cover nearly 50 million rural households and the banks hope to cover these households using a mix of the banking correspondent model, hand-held devices and mobile telephony to achieve this aim. Here, the regulators are looking into the security concerns over the use of micro ATM computers, biometric identification and are perfecting the technology, building into it the necessary security essential for customer protection. Also, the business correspondent model can be used for selling micro-pension products like Swavalamban as also micro insurance products. And the challenge of educating business correspondents to provide such financial services and achieving interoperability between financial institutions is the next set of challenges that the country’s banking system is going to face.

A key facilitator for enabling the country’s banking system to spread its reach can be the unique identification number that the Unique Identification Authority of India (UIDAI) has been mandated to do. In fact, the UID will enable better delivery of services and effective governance to all and that too at a reduced cost. The UID project is primarily aimed at ensuring inclusive growth by providing a form of identity to those who do not have any identity. It seeks to provide UIDs to the marginalised sections of society and thus strengthen equity. UIDAI believes that the plan of issuing Aadhaar numbers to the intended 600 million residents over the next four years and setting up an online biometric authentication service will help address many of the current challenges faced by the banks in delivery of financial services.

The absence of a country-wide social security system (formal pension coverage being only about 12 per cent of the working population), ageing and social change are important considerations for introducing pension reform in the unorganised sector

Recognising the fact that the agriculture sector can be a key driver of taking banking services to the excluded, the banks are trying to ensure that each farmer in India, especially small and marginal, has a smart Kisan Credit Card and access to bank credit. This is especially important since over the years the agricultural sector’s contribution to national GDP has decreased at a much faster rate than the number of people it supports; currently, 56 per cent of the population involved in agriculture account for only 18 per cent of the GDP. Thus, it is important that if farm productivity is to improve, timely credit to farmers is vital, and technology has an important role to play in ensuring timely credit to the agriculture sector. In this context, the government is seeking to add various loan products to its portfolio of financial offerings to the agriculture sector. If the first phase of taking banking services to the agriculture and related sectors included deposits, withdrawals and remittances, the second phase include loan products. These loan products, which are in the range of Rs 10,000-15,000, are being offered through general credit cards (GCC) and kisan credit cards (KCC) for economic activities.

Today, the most popular vehicles of taking Micro Finance to the rural hinterland are the Self Help Groups (SHGs) and the Micro Finance Institutions (MFIs) – bank linkage models. The SHG–bank linkage programme was launched by NABARD in 1992, synthesising the formal financial system and the informal sector, and is today considered as the largest micro-finance programme in terms of outreach in the world. The model enables members of an SHG to make small, but regular, savings, which are then revolved or loaned to its members. This model involves the SHGs being financed directly by the commercial banks, Regional Rural Banks (RRBs) and Cooperative Banks. Similarly, the MFI-bank linkage model covers financing of MFIs by banks and other institutions for on-lending to small borrowers, who may sometimes be organised into joint liability groups. The penetration of the Micro Finance Institutions is maximum in six states: Andhra Pradesh, Tamil Nadu, Karnataka, Orissa, Maharashtra and West Bengal.

In India, the absence of a country-wide social security system (formal pension coverage being only about 12 per cent of the working population), ageing and social change are important considerations for introducing pension reform in the unorganised sector. To address this problem and to encourage workers in the unorganised sectors, the Government announced the Swavalamban Scheme in 2010-11. Under this, the Government contributes Rs 1,000 to each Swavalamban subscriber, who joins the national pension scheme and contributes between Rs 1,000 and Rs 12,000 each year for a minimum of three years. These contributions are invested in different financial instruments whose returns are used to build the pension corpus. The Government is committed to encourage the unorganised sector workers to join the Swavalamban Scheme so that they can lead a safe, secured and dignified life.

But these are only the initial steps that have been taken to foster financial inclusion. Over the last 10 years India’s per capita income has nearly doubled, with the last five years accounting for an 8 per cent GDP growth rate. The banking sector has also grown rapidly during the same period. The deposit base of banking industry has increased by over five times and outstanding credit by over seven times in the last 10 years; helping unlock the potential of people and industries. Today, there is an urgent need to fast-track the financial inclusion initiatives, dovetailing these suitably with the technology that is on hand.