Chit fund and Kuri, the systems banned in 1982 is a product familiar to all categories of masses including businessmen everywhere throughout the country and there is nothing wrong if banks reintroduce this to initially attract people to the banks, says Yerram Raju 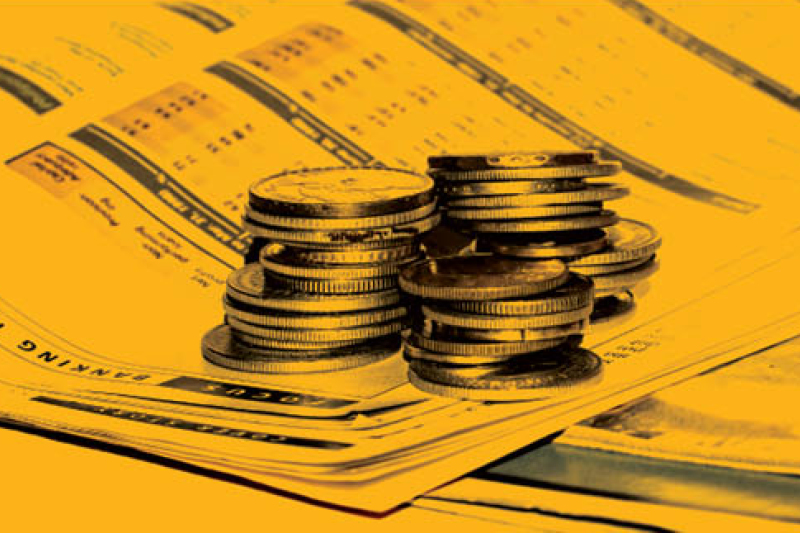 The growth of banking industry during last decade (2000-2010) in various population segments presents not so comforting a picture of financial inclusion efforts during the last few years. Following snapshot analysis would unfold interesting inferences.

What can be inferred from the above is that, even though the bank deposits grew by 4.5 times and credits by 6 times in the last decade, the percentage share of deposits and credits in semi-urban and rural centres had declined markedly whereas the relative percentage in metro and urban centres had increased substantially. That means, in spite of robust overall growth of banking industry, there seems to be uneven levels of banking penetration in semi-urban and rural centres, with more focus taking place in urban centres. Even within urban area, this unequal banking growth seems to be taking place with top six metros taking dominance.

This analysis clearly reflects the elitist trend in financial deepening and widening and should tell policy makers that depending on commercial banks solely for the financial inclusion effort would in the backdrop of the above analysis prove risky.

Based on the recommendations of the C Rangarajan Committee Report on Financial Sector Reforms, the government created the Financial Inclusion Fund (FIF) for meeting the cost of developmental and promotional interventions for ensuring financial inclusion, and the “Financial Inclusion Technology Fund (FITF)” to meet the cost of technology adoption with an overall corpus of Rs 5 billion each.

To address the problem of high transaction cost and outreach, the RBI advised the banks to migrate all their branches to the computer-based core banking solutions that allow real-time transactions, as also to increase use of information technology based solutions, such as smart cards, mobile phones and hand-held devices to extend the reach. Measures were taken to simplify account opening; these included banks being mandated to offer basic banking ‘no-frill’ accounts, with low or zero minimum balance, and simpler ‘Know Your Customer’ (KYC) norms for the low income groups in urban and rural areas for accounts with balances not exceeding Rs 50,000.

The RBI has further liberalised its branch authorisation policy for the rural areas as well as the policy for location of ATMs. It allows the banks to open branches in towns and villages with population below 50,000 without seeking its permission.

To further the reach of banking while ensuring that the government social security payments reach the rural beneficiaries on time, at low cost and without leakages, the government and the RBI are encouraging state governments and banks to disburse such benefits through bank transfers into the beneficiaries’ accounts. Presently, RBI is giving an incentive of Rs 50 per smart card account opened by banks under this scheme to partly meet the cost.

The Indian Banks’ Association has also constituted technology committees in order to formulate uniform open standards for the technologies at play so as to ensure interoperability between banks and other service providers for the benefit of the customers. The interoperable systems will facilitate the transfer of domestic and international remittances to the villagers in a seamless manner.

As a result of series of steps taken by the RBI including regular monitoring through the Task Force on UCBs their systemic financial health has improved and the State Governments, because of the MoUs that the RBI entered into, are ensuring that these banks perform to the desired level of efficiency and they are also foraying into new areas of business. With a view to increasing the coverage of banking services amongst local communities, it is proposed to set up a committee comprising all stakeholders for studying the advisability of granting new urban co-operative banking licenses under Section 22 of the Banking Regulation Act, 1949 [as applicable to co-operative societies (AACS)].

Liberalisation of Off-site ATMs by UCBs

Under the extant policy of branch authorisation, UCBs, which are well-managed and meet the regulatory criteria, are required to submit annual business plans, based on which centres are allotted to them according to their choice for opening of branches. Centres where UCBs desire to open off-site ATMs are also required to be included in their annual business plan.

Since, as per the 2001 census there are approximately 100,000 habitations with a population of over 2,000, the government proposes to advise the banks to reach all such villages by March 2012. Given the scale of this task, achieving this goal will require multiple channels and technology driven solutions.

Rural Cooperatives occupy nearly 7.5 percent of the financial space according to the Financial Stability Report of the RBI and have the potential to take centre stage in financial inclusion if the legacy and governance issues are resolved with strong political will.

Under Vaidyanathan rehabilitation package of Rs 140 bn, PACSs and DCCBs are under technological transformation, though slow. They have legacy issues that are being sorted out by the Government – both State and Central – through appropriate legislative corrections. The supervisory role for co-operative credit system assumes greater significance than any other intervention. A weak supervisor cannot be expected to usher in a strong financial system.

The UID synchronising with the PACSs computerisation would be a great opportunity to turn the latter around and extend their reach to the millions who were excluded from the financial inclusion effort. NABARD’s 2009-10 Annual Report mentions the results of Central Cooperative Banks as at the end of 2008-09, which shows that almost all the State Cooperative Banks have been running on profits and the profitability has been on the rise.

The excitement and enthusiasm on mobile technology requires slow transition and careful calibration. Poor have to be reached more in person and comfort. Cooperatives (nearly 100,000) that still have a wider reach than commercial banks therefore, still offer a more dependable solution for the financial inclusion provided some more clean up is done.

Financial Inclusion has not been picking up despite best of intentions and efforts from the authorities. The reasons can be:

Banks have to have their business correspondents to take care of the people as per their timings both in the morning and late in the evening, in addition to financial literacy. Their efforts could also be incentivised.

Intensification of the efforts in the right direction and appropriate policy support should enable the inclusion agenda move closer to the target. I would only end up quoting Oliver Goldsmith: “Let not thy winged days be spent in vain; where gone, no gold can try them back again.”