Expectations from the Budget 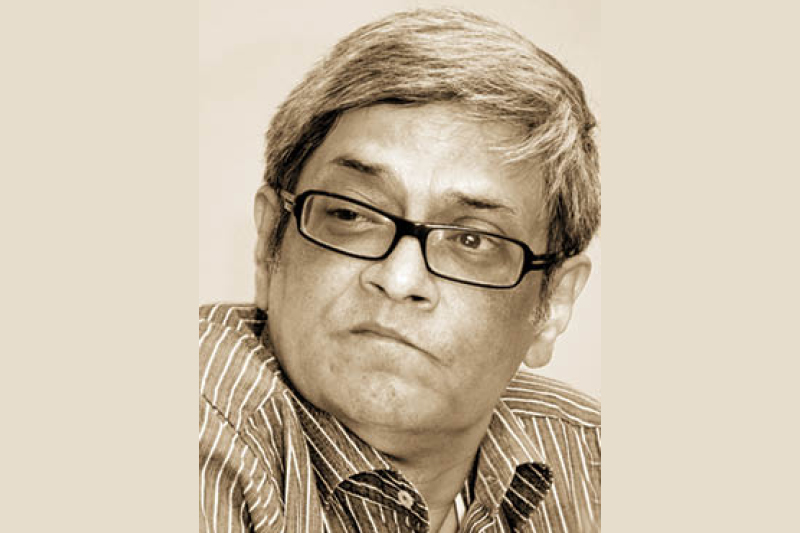 One should have no expectations from the Union Budget. There is a lot of unnecessary hype, created by media, economists and other sundry analysts, about the Budget. Constitutionally, the budget is nothing but an annual statement of the Central government’s receipts and expenditure, presented before Parliament, because without Parliamentary sanction, payments cannot be made from the Consolidated Fund of India. Post-1991, budgets have often been equated with major policy announcements. This is unfortunate, because Union Budget is a Finance Ministry exercise. Major policy announcements involve other Ministries and State governments. Therefore, with the exception of the financial sector, there have been several instances where policy announcements have been made through budget speeches. However, it has subsequently been impossible to implement them. Accordingly, any budget should stick to Part B, not the flashy Part A.

Central government receipts mean tax revenue or non-tax revenue. The latter can be disinvestment receipts or auctions like 2G and 3G. There are efficiency considerations that should determine ways of addressing non-tax revenue, though more often than not, considerations haven’t been of efficiency, but of plugging the fiscal gap. On reforming taxes, the agenda is simple. One needs to increase the tax/GDP ratio to more than 20 per cent of GDP, perhaps around 22 per cent. Whether it is direct taxes or indirect taxes, this can only be done if there is a complete elimination of all exemptions. For personal income taxes, there is a side issue of taxing agricultural income. It is more than that, because non-agricultural income in the rural sector isn’t taxed either.

There is an impression that there is a lot of tax evasion in India. Why should only 33.3 million (2008-09) people pay income taxes? That statement should be refined more. This 33.3 million is the number of people who submit income tax returns. That doesn’t mean all of them pay income taxes, or pay taxes on their right income. Why should the effective corporate tax rate be around 20 per cent instead of the apparent 33 per cent? Some amount of evasion occurs. However, tax compliance is low because of legitimate and legal exemptions. Without removing exemptions, compliance costs cannot be reduced either, since exemptions leave room for discretion and interpretation. The agenda has always been removal of exemptions and standardisation and unification. But is that likely to happen in 2011-12, notwithstanding the avowed introduction of GST (Goods and Services Tax) and the new Direct Tax Code (DTC)? Not quite, because the proposed GST and DTC have watered down the exemption removal part. Therefore, Budget 2011-12 will also involve tinkering at the margins, with some limited hopes of rationalisation and streamlining.

The debate about reforms has always been about the role of the government, since we expect the government to do several things, none of which it does efficiently. In parallel, there is an inclusion agenda. From the inclusion perspective, we expect the government to spend on physical infrastructure (roads, electricity, water) and social infrastructure (rural schools, primary health centres) where there are demonstrable market failures. Plus, there can be subsidies (food, fertiliser, petroleum products) for those who truly need them. If it is the physical and social infrastructure that we are after, then the focus should be on State government budgets, not on the Union Budget. That’s where the spending really is. How much of us spend time, and generate hype, over State government budgets?

For that matter, is the present system of subsidies at all efficient? Consider the mechanical way budgets are produced. We begin with a nominal rate of GDP growth, say around 14 per cent, divided into 9 per cent real growth and 5 per cent inflation. Almost 90 per cent of expenditure is exogenously determined, in the sense that the Finance Minister has little control over this. There are interest payments, wages and salaries, pensions and subsidies, plus the holy cow of defence expenditure. Add to that MGNREGS and right to education and right to food. Throw in a few new schemes in Part A of the budget speech so that the applause is generated, even if these are under-funded or not funded at all. We also have a fiscal reduction target. So we plug that in and given expectations of increase in tax revenue (linked to the nominal rate of growth assumed), have a number for non-tax revenue and a hole that is unplugged. To make fiscal numbers look respectable, that hole may deliberately be left unplugged, to be met through supplementary grants, when people have forgotten what the deficit figures look like. This system is not only inefficient. It hardly facilitates the cause of inclusion. On top of this, we have the entirely artificial capital versus revenue and Plan versus non-Plan distinction.

Contrary to what many people think, public expenditure does not reach the intended beneficiary not because of corruption and leakage, but because of high administrative and delivery costs. This then raises the question of whether we really need Central Ministries or a Central template for a programme that is implemented differently in different states

What should be done? For a start, we should scrap the system of Centrally sponsored schemes (CSSs) and Central sector schemes? No one seems to know how many such schemes there are. After a Central Plan Schemes Monitoring System was established in 2008-09, there are reports that there are 1045 such schemes. These proliferated, especially since the late-1960s, because the Centre wished to control inefficient expenditure in States. So we set up Central templates, irrespective of what local conditions warranted. This has a bearing on the role of the Planning Commission. Why do we need the Planning Commission, which isn’t a body that is mentioned in the Constitution? It was set up through an executive order. The relevant Constitutional body for devolution (vertical and horizontal) is the Finance Commission, but its powers were progressively diluted in the second half of the 1960s. To ensure inclusion, we need to ensure devolution to local bodies by routing and unifying devolution (Finance Commission, Planning Commission and Central schemes) through the Central and State Finance Commissions. Simultaneously, planning should be decentralised and aggregated upwards, instead of the present system of being top down. Once we accept this, the Planning Commission is no longer needed. It does some research and produces data too. However, there are private sources for such work and one need not object if the Planning Commission remains no more than a think tank. To return to the point, Rajiv Gandhi made a passing remark that only 15 per cent of public expenditure reaches the target beneficiary. Contrary to what many people think, this wasn’t because of corruption and leakage, but because of high administrative and delivery costs. Central Ministries and departments also eat into this money. In the social sectors, do we really need Central Ministries? Nor is it necessarily obvious that a Central template is desirable. For instance, assuming that we need to target infant mortality, in one district of the country, immunisation may be important. But in another district of the country, it might be ICDS. Stated differently, we can have a Central menu in terms of what the money can be spent for, say child health. But having done that, why should Delhi prescribe exactly what that money should be spent for?

The word expectation can be used in two different senses. First, what is desirable? This is a normative strand. Second, what is likely to happen? And the two should not be confused. On the first, my expectation is that one should announce the scrapping of all such Central schemes and the scrapping of the Planning Commission. On the subsidies, we don’t need the fertiliser and petroleum product ones. Even on food and perhaps education subsidies, this isn’t the way it should be done. The identification of the poor should be decentralised. Beginning with the Ninth Five Year Plan, this was experimented with, using some criteria. During the Tenth Plan, 13 specific criteria were mentioned. However, apart from Rural Development Ministry’s survey, we don’t seem to be interested in this decentralised identification. However, on the second point, is this likely to happen? Of course not.

Inclusion has been on the agenda of both UPA governments. And inclusion has been interpreted as increased public expenditure. Budget expectations shouldn’t be about liberalising banking, insurance, pensions and retail and reforming labour laws. But they should certainly be about improving the efficiency of public expenditure. But that hasn’t happened and the outlay-outcome exercise was quickly given up. Why? The outlay-outcome exercise is pertinent only at the level of citizen interface with State and local governments, especially the latter, not at the level of the Centre. Since we continually invoke Rajiv Gandhi’s name, how about pushing the decentralisation and devolution agenda in Budget 2011-12? For example, let us pass a law stating that we will never use the word “Centre” again. Centre suggests that Delhi is important and everything else is the periphery. For the record, the word “Centre” is never used in the Constitution. The Constitution refers to a “Union”. That’s what India is, a Union of States. Continual usage of the word “Centre” reflects a mindset that Delhi knows what is best. That’s not the case. Had Delhi known what was best, there would no longer have been any poverty in India and we would not have worried so much about inclusion so many years after Independence.

However, none of this is likely to happen. Consequently, when it comes to Budget Day, we will be preoccupied with whether the fiscal deficit/GDP ratio is actually 4.8 per cent in 2011-12, as was promised in the rolling plan, and whether the 5.5 per cent promised in the budget estimates for 2010-11 was adhered to. We will worry about the nitty gritty of whether nominal GDP growth rate projected is 13.5 per cent or 14 per cent. The inclusion agenda will remain unfulfilled.