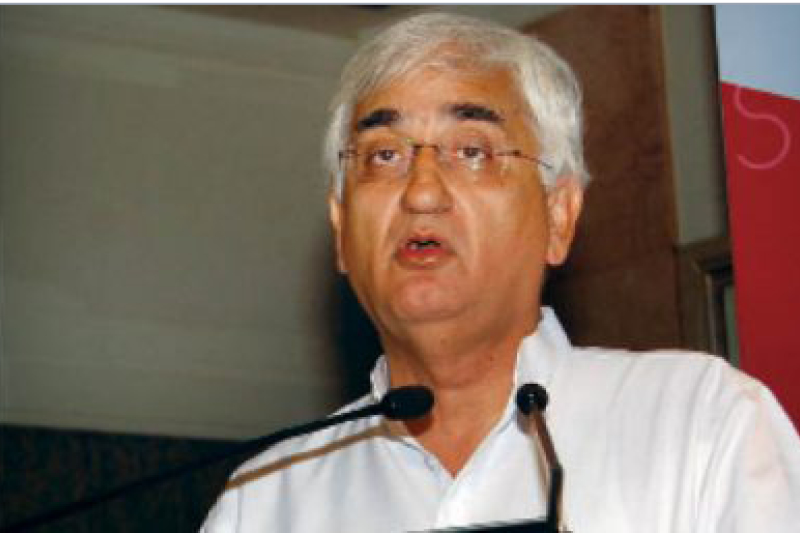 Equality is something that we all swear by, equality is something that we all believe is kind of a moral, enlightened approach to good life, equality is enshrined in our Constitution and certainly is something that intuitively we reach out to in an effort to correct the rights and wrongs in our society. Whenever we have any conflict, we first look to see whether it somehow has emanated from lack of equality; whether it is trouble in the Naxalite-ridden states or it is trouble between different communities or relating to various secessionist movements. Somehow in all this, equality/equity is there in the backdrop.

Of course, equality and equity can at times appear to be contradictory in nature, but in essence they are part of the larger whole. Equity is only an instrument of ensuring equality. Thus, if one has to give any meaning to relationships within society and among individuals, the very foundation is equality. It is on the basis of equality that we reject arguments of racism, which essentially mean one race being superior to another. Essentially, it is the idea of equality within which we contextually have to consider our decisions.

What is this idea of equality? There is endless work available on equality, but something appeals to us and is understood more easily because it has a resonance with our own cultural thinking is the idea of justice by Amartya Sen in which he gives an example of three children arguing about who should get the single flute that is available. One child says, I am the poorest, I am the most disadvantaged and if you give me this flute, I will be able to play and make some money and therefore I will be able to look after myself and perhaps look after my mother. The second child says but I am the best player of the flute and don’t you want to give me this flute so that I can bring much joy and happiness to society and certainly satisfy the innate talent that I have of being able to play the flute and therefore become a more useful member of society. The third child says it is all very well that you want to give it to somebody who is poor and disadvantaged or you want to give it to somebody who is inherently talented and outstanding. But what about me, I am the one who made this flute.

Today, we have opened up the market, leading to growth rates that surpass what had come to be known as the Hindu rate of growth. But we are still conscious of the fact that this growth should not come at the expense of those who are not able to stand in the market place

If we consider the recently-concluded Commonwealth Games, you see the many high-rise buildings, hotels and other infrastructure that has come up in New Delhi. You also see the people who have come out from the hinterlands – the construction labour. These people have come from nowhere, building palatial, attractive and comfortable buildings for us in the cities and then they disappear. They never get to live in them, they never get to enjoy those comforts, and yet that is all they continue doing year after year, while we do very little to address their concerns. Sometimes, we have mobile classes, sometimes we have little schools, sometimes we have crèches, and sometimes we provide medical help. But still we can see there is a level of inequality.

India today is moving away from its earlier system of governance. While earlier we were seen to be a socialistic society, and therefore we had a license raj and an artificial restriction on capacity and growth, because we did not want growth to lead to a greater difference between the rich and the poor. Thus, our taxation and fiscal policy discouraged enterprise. Today, faced with the fact that we are destroying ourselves by restricting our potential, we have opened up the market, leading to growth rates that surpass what had come to be known as the Hindu rate of growth. But we are still conscious of the fact that this growth should not come at the expense of those who are not able to stand in the market place. Thus, we have built in a lot of social safety nets, like MGNREGA, cashless insurance for BPL families, funding of housing for BPL families and various urban poverty alleviation programmes.

But the heart of equality in our country is lies in defining certain groups as being minority groups. This has been done on the assumption that the majority is able to look after itself but the minority requires help. Thus, some protection has been given to the minority both in the Constitution as well as in the jurisprudence that has been developed by our Constitutional courts. There is a constant debate on whether the minorities are being given too much too little. Thus, while the minorities say that they have been given too less or there is very poor delivery, the majority sections voice the opposite concerns. After all, democracy is about the choice of the largest number; so, if the majority chooses something why should the minorities stand in its way.

So, that is why you have the balancing of equities between the majority and the minority. But the protection that we have given conceptually and in terms of instruments is only to minorities vis-à-vis a majority or equalising between a majority and a minority. What we have not been able to do, at least not very effectively, is to look at minorities within a majority because the Constitution does not look for such minorities. The government has been working on trying to set up an Equal Opportunity Commission, a body for disadvantaged groups who may be from a minority or from the majority. Consider, for example, the displaced persons from the Kashmir valley, who live in other parts of India. Such people are not considered to be a minority grouping, even though in the valley they were actually in a minority. One can argue that as they are a minority in the state from where they come, they must continue to remain a minority wherever else they go and that minority attribute should be enough for us to be able to help them. But in the national sense, they are not a minority and therefore you cannot apply the same guarantees of help to them as you can to the others.

It is in instances like this that the Equal Opportunity Commission can help define a minority, not by its permanent features but possibly by its transitory features. What we have to do in the 21st century is to change many paradigms, leading to a work and lifestyle culture that takes pride in being a diversity compliant culture, where there is gender justice, and all groups– religious, linguistic, regional, cultural, and sub-cultural– are all represented, through a deliverable and an auditable process in which the outcomes are there for everyone to see. So, there are two ways of looking at equality, one is as a right and the other is as a right strategy. Diversity can be good as a right strategy because diversity gives you better outcomes. Diversity is also the right that people have that they must be able to claim equal opportunity to the best offices and to the best opportunities. Today, the time is correct for Right to Equality in every sense of the word.