Today, the Indian debt-GDP ratio appears to be the epitome of fiscal rectitude! But this ratio appears low because quasi-fiscal deficit is probably still lurking below the surface and also because questionable accounting practices are used to dampen deficit numbers, says S S Tarapore 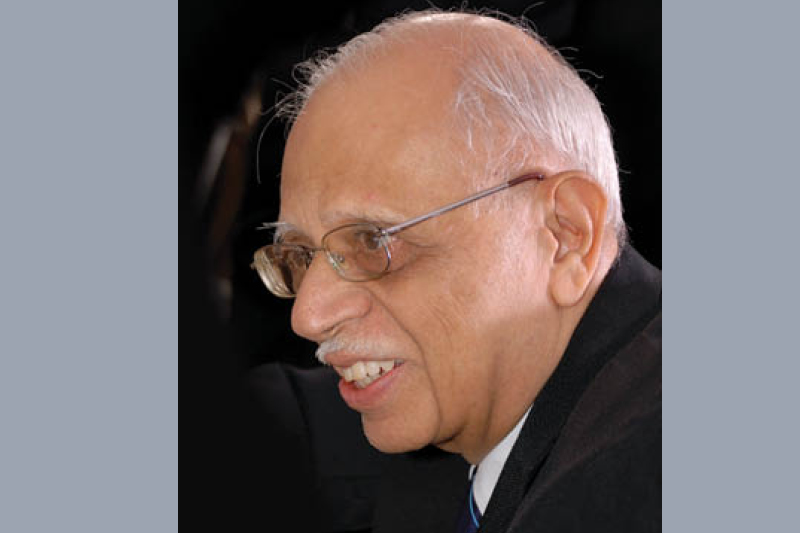 Since the global financial crisis, standard bearers of fiscal rectitude have thrown caution to the wind and are resorting to unbridled fiscal expansion. Countries with large fiscal imbalances are increasing their deficits. Greece, Iceland, Ireland, Portugal and Spain have become or are becoming basket cases and the comity of nations is concerned about a domino effect and global opinion is veering to bail-outs.

Unfortunately, internationally renowned experts, like Professor Robert J Shiller of Yale University, argue that to take advantage of rock-bottom real rates of interest, the present time is opportune for governments to step up borrowing, rather than striving for fiscal consolidation.

Countries with high public debt to GDP ratios can ill-afford to undertake reckless fiscal expansion. The consolidated government debt-GDP ratio in India in 2010-11 is estimated at 73 per cent. While opinion makers in India have, in the past, resorted to “fiscal bashing”, in the more recent period, there has been an attenuation of the fears of excessive government debt. Opinion makers argue that some countries have higher debt-GDP ratios- illustratively, Iceland (300 per cent) and Japan (200 per cent). By these standards, the Indian debt-GDP ratio appears to be the epitome of fiscal rectitude! But this ratio appears low because the quasi-fiscal deficit is probably still lurking below the surface, despite the government’s avowed policy of eschewing from quasi-fiscal operations. Again, from time to time, questionable accounting practices dampen the gross fiscal deficit numbers.

There is a considerable euphoria in the context of the government’s Mid-Year Analysis for 2010-11 released on 7th December. The report leads to the conclusion that the economy is firing on all cylinders despite an uncertain global outlook and the official estimate of real GDP growth in 2010-11 has been revised from 8.5 per cent to 8.75 per cent which, eventually, could turn out to be 9.0 per cent. Moreover, with the distinct recovery of agriculture, growth is more balanced. Inflation, based on the year-on-year Wholesale Price Index, shows a slowdown from the much-dreaded double digits to 8.5 per cent and official expectations are that it would come down to 6.0 per cent by the end of March 2011. Investments and consumption are both picking up. The balance of payments current account deficit in 2009-10 was a little less than 3 per cent. Outside analysts expect that with the widening of the trade balance, the deficit in 2010-11 could well be close to 4.0 per cent; nonetheless it is felt that this would be entirely financed by foreign direct investment and external commercial borrowings while non-resident Indian deposits and strong portfolios would provide a cushion. The Chief Economic Adviser (CEA), Dr. Kaushik Basu, recognises that there could be excessive capital inflows and his pecking order of preference for managing the capital account is first, intervention in the forex market, secondly, tax-based intervention and lastly, quantitative intervention. According to the CEA, the faster growth of the economy does not signal overheating. But the Mid-Year Analysis rightly stresses that, although the economy is on the roll, fiscal deficit and the domestic debt-GDP ratio are of concern.

While the roadmap set out under the Fiscal Responsibility and Budget Management Act has been scrapped, the government, in its recent report on Government Debt – Status and Road Ahead, has set a revised roadmap of medium-term consolidation. The Centre’s gross fiscal deficit-GDP ratio is expected to come down from 6.6 per cent in 2009-10 to 3.0 per cent in 2014-15 and the Centre’s debt and liabilities from 50.5 per cent to 43 per cent of GDP. The overall debt-GDP ratio is planned to be reduced from 73 per cent in 2009-10 to 65 per cent in 2014-15. A noteworthy feature is that the Centre’s external debt is less than 4 per cent of GDP and, as such, the chances of an externally-generated crisis are minimal. The internal debt is, however, a silent killer. The government recognises that the fiscal consolidation should come essentially from moderation of expenditure and not increased taxation. A cause of concern is that in fiscal consolidation the vulnerable sections bear the brunt of adjustment. The government has done well to stress that the adjustment should not be at the cost of reducing social sector expenditures, such as, education, health and food security.

At the outset, it is necessary to evaluate the performance of various programmes and recast those which are performing poorly; the overall support for these programmes should not be curtailed. Increased efficiency and reduction of leakages are desirable but this is easier said than done. The government should set up an Independent Evaluation Office for Special Programmes. Attention should be given to steps to bring about an improvement in the poorly performing programmes so that they reach out to the target group.

According to the Mid-Year Analysis, the faster growth of the economy does not signal overheating, adding that although the economy is on the roll, fiscal deficit and the domestic debt-GDP ratio remain areas of concern

The Ministry of Rural Development has sanctioned nine projects for Promoting Urban Amenities in Rural Areas (PURA). There are three important innovations in these projects. First, instead of concentrating on a single village (or a single family), the objective is to develop a cluster of villages. Second, instead of small projects of less than a million rupees, the scale is raised to Rs 10 million. Three, instead of using only NGOs, the PURA is a public-private partnership, with the government contributing 30 per cent and the private sector the remainder. It is also meant to be a co-operative enterprise supported by the local Panchayats. Dr P V Inderesan, former Director, IIT Chennai, argues that urban development, in its very nature, generates slums. PURA can partly alleviate the problem by reversing the rural-urban migration. According to the 80-20 rule, the top half of the population commands 80 per cent of the resources. Of the remaining half, the top quarter commands 15 per cent of the resources while the bottom quarter receives only 5 per cent of the total. Indiresan recommends that the population should be divided into three categories: the top half should bear the full cost of services, the next quarter bear the marginal cost while the bottom quarter should get these services virtually free. In the PPP model, the government’s contribution could be to make up the loss of private enterprises. The PURA model, if successfully, replicated could be a win-win situation wherein urban slums are reduced and there is a reversal of the rural-urban migration.

The Mid-Term Analysis makes an important point that the disinvestment proceeds should be earmarked to a dedicated fund which will allow a build up of the fund when there are cyclical gains downturns. Alternatively, the sale of family silver should be exclusively earmarked to a Consolidated Sinking Fund to redeem government debt. This implies avoiding the soft option of showing a reduction in fiscal deficit in the immediate ensuing period rather than using the sale of assets to ensure smooth debt repayment in the medium-term.

There are a number of creases in the proposed Direct Tax Code (DTC) which are best ironed out well before the new Code comes into effect. It is unconscionable to hurt the vulnerable sections while providing for blatant giveaways for the better-off. It would be best to consider at least a partial correction of some of the anomalies in the Budget for 2011-12.

There are a number of creases in the proposed Direct Tax Code, which are best ironed out well before the new Code comes into effect. It is unconscionable to hurt the vulnerable sections while providing for blatant giveaways for the better-off

While fiscal consolidation is vital and the government has set out a credible path of adjustment, it is essential to ensure that in the process of consolidation the weaker segments are protected. At the same time, the poverty alleviation programmes need to be subject to review by an Independent Evaluation Office and there can be significant gains in constructive improvement in various schemes. It is not fully appreciated that the quest for growth inevitably implies that the tolerance level for inflation is being made very elastic. Such an approach in a country with large tracts of poverty is a standing invitation for explosive social tensions. This thought should be upper-most while formulating the Union Budget for 2011-12.