Towards a Virtual World

There is an overall trend in enterprise IT that includes storage virtualisation, server virtualisation and workload management and the National Informatics Centre or NIC, the host of nearly all government websites, is keeping track of technology developments, says Neeta Verma 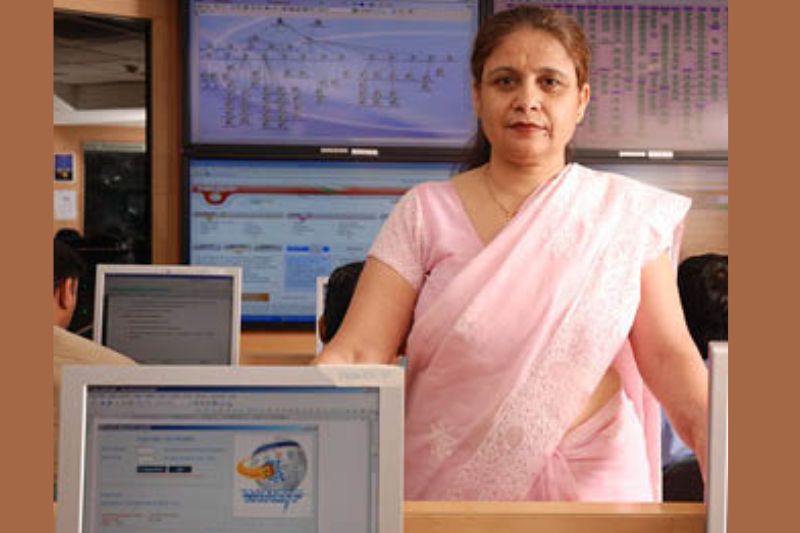 The reason why storage virtualisation was first initiated in NIC was that as the nodal IT organisation of the government, NIC initiated the increasing use of IT in government organisations in functioning of the government as well as delivery of services. And, as more and more departments began publishing information & services on the internet, they began to feel the need for more space. Virtualisation enabled NIC to have the flexibility of allocating appropriate storage & empowered the users to avail storage space on demand.

As more and more departments began publishing information & services on the internet, they began to feel the need for more space. Virtualisation enabled NIC to have the flexibility of allocating appropriate storage & empowered the users to avail storage space on demand.

India Image, the programme that NIC undertook in 1996 to facilitate & support different government departments, ministries and organisations establish cyber presence, initially resulted in large number of static websites with very little provision for feedback & interaction. But over time, everyone started realising the fact that the internet could ease interaction between different government departments and between the public and the government, how more services and information could be easily delivered that the load on the storage systems started increasing. This was also the period when NIC began a landmark initiative of publishing school results ( Class X & XII) on the internet, leading to an exponential increase in demand for ICT resources for a very short period. Number of e-governance applications were also launched during the same time such as passport application status tracking, live web cast of presentation of union budget in parliament, land records etc. leading to need for deploying huge ICT resources for short periods.

The increase in popularity of the internet and delivery of government services online raised the greater need for data protection, security & privacy besides making provisions for reliable multi tier back-up service as well as disaster recovery services. This 24×7 availability of the information systems meant that different types of mechanisms had to be put in place. It was then that the NIC thought of having their own full-fledged data centre, a unit that was complete right from the basic infrastructure to ICT Infrastructure to 24×7 services. The centre, called the Internet Data Centre, was set up in the year 2002 and today it offers secure, scalable, reliable and redundant infrastructure. The centre hosts a number of e-governance applications that come with their own demand for scalability. This is because typically in any e-governance application, while the target users in a country like India will not be less than millions, the take-off of these applications is generally slow. So, you have to be prepared for the time when use peaks.

While virtualisation has been around for quite some, its potential is being harnessed now. In NIC, we have a set of applications which are working on a shared infrastructure and then we have a set of pools, which at different times we have been allocating to different applications. As time has gone by, we have come to understand when will the demand peak for a certain application and fade for another. This has enabled us to more optimally allocate our resources in the data centre without bringing any degradation for any service. Quite often these allocation of resources are made in a proactive manner by Data centre operations team to maintain expected quality of service to citizens.

Typically a data centre possesses a whole lot of ICT resources such as storage, wide range of servers, switches, security infrastructure etc. Now, we are working on making these resources within our data centres, available to different users in a virtualized environment. Such server virtualisation enables us to run more number of machines from an individual server, leading to a lot of cost savings in term of capital as well operations cost particularly from reducing energy consumption. These initiatives also enable us to offer services to various users in the government with much more agility.

The increase in popularity of the internet and delivery of government services online raised the greater need for data protection, security & privacy besides making provisions for reliable multi tier back-up service as well as disaster recovery services.

As the access of internet increased, the people realised that such services had their potential and that is how more websites, citizen services, and the citizen data repository concept, among others, started coming up. This then made us felt that we need to have much more redundant, much more scalable, more secure and a larger facility to really cater to these kinds of things because NIC is in a unique position as it is always associated with e-governance initiatives. Today, if one looks at NICs data centre infrastructure, it has large data centres in Delhi, Hyderabad and Pune and couple of more large data centres are in process apart from smallsized data centres in each of the States. Today, NIC is powering over 6,000 website, portals and web-enabled applications from its major data centres being accessed by millions of users every day and their popularity is increasing by each day.

Parliament Proceedings, questions & answers, debates, Pensioner Portal, Passport, Overseas Citizens, Land records , Transport, Postal services, Exam Results, gov.in Domain Registry, NDNC (National Do Not Call Registry), Online counselling for Admission to Professional Courses across India, Elections are some of the popular services being delivered from our data centres. We are not only getting a lot of hits within India, we do get a sizeable number of hits from outside India, from US and Europe. Under the ambit of India Image programme, NIC hosts over 6,000 websites belonging to various constituents of government right from central government to state government to districts administrations. National Portal of India (india.gov.in), aggregates the entire web space of Indian Government through a citizen centric information architecture and presents it in a manner that can be easily accessed by citizens to access government information & services without bothering to remember 6000 individual URLs.