The role of the new pension scheme as a powerful mechanism in the economy and the capital market can be examined in terms of accumulation of institutional capital, development of capital market and corporate governance, which not only gives a momentum to growth but also improves the quality of development, writes H Sadhak 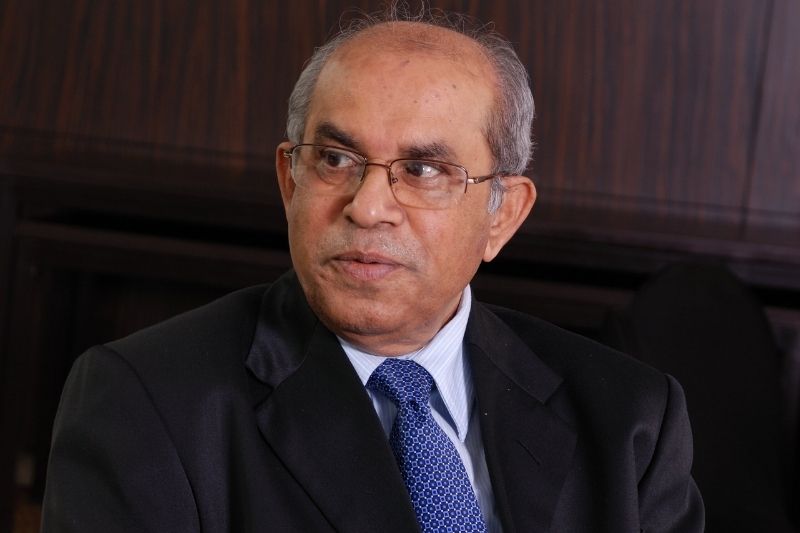 In Financial inclusion has been defined as the desired state in which all eligible people have access to appropriate financial services, which includes not only banking services but also other services like pension, insurance, alternate savings, etc. Against this, financial deepening is the development of a financial system that facilitates resource mobilisation, asset creation and resource allocation in an economy and is thus critical for economic development. While financial deepening promotes the financial and capital market, and increase the depth and free flow of service delivery, it also expands the network of services geographically to cover all sectors of the economy and segments of society. Therefore, there is a close correlation between financial deepening, financial inclusion and economic development.

Financial institutions play a critical role in the process of financial deepening by creating suitable financial instruments, processes and service transmission mechanisms. The process induces growth of savings, which they mobilise and reallocate to various sectors of the economy. Pension funds are distinctive institutional investors, which induce long-term retirement savings, mobilise the same from the savings market and create assets by investing in the capital market.

NPS is a very powerful mechanism to support the policy of financial inclusion and financial deepening since it is an affordable defined contribution pension system, mandatory for the government sector, and voluntary for all others with low contributions.

The role of NPS in the economy and the capital market can be examined in terms of accumulation of institutional capital, development of capital market through creation of demand for financial instruments, support to improve financial market research, risk rating standard, corporate governance, etc., which not only gives a momentum to growth but also improves the quality of development.

Pension reforms through the introduction of funded pension has a very positive impact on domestic savings, particularly in the household sector; since households have to save for their own retirement income, the propensity to save will go up. Secondly, ageing will induce higher growth of domestic savings. In recent years, there has been an adverse development in respect of household savings in India. While gross domestic savings consistently increased from 15.7 per cent in 1970-71 to 23.4 per cent in 2000-01 to 32.5 per cent in 2008-09, a sharp decline was noticed in respect of the share of pension and provident fund in household saving from 23.2 per cent in 1970-71 to 19.3 per cent in 2000-01 and further to 9.5 per cent in 2008-09. This trend can be reversed with the NPS. It has been noted in Latin American countries that pension assets in terms of GDP increased significantly once pension schemes were introduced.

In recent times, the capital market has emerged as the major source for development finance and efforts are there to develop an efficient capital market structure to optimise resource and mobilise resource allocation so that productive activities can run smoothly through low cost finance. Institutional investors like pension funds play a very important role in promotion of a dynamic capital market by creating demand for financial institutions, incentivising financial innovation, forcing changes in legal system, improving corporate governance, etc.

Though the Indian capital market has undergone significant changes, it is way behind the capital markets in the developed economies. Some economists have identified three stages of financial deepening: Stage One is of a cash-based economy; Stage Two is an economy with many specialised financial institutions; and Stage Three is an economy with strong bond market. India seems to be at the fag end of the second stage. With huge flow of funds to NPS, it will exert tremendous influence in market development. Currently, government sector pension funds in India are allowed to invest up to 55 per cent of their assets in government securities, up to 40 per cent in corporate securities, up to 15 per cent in equity and equity mutual funds and up to 5 per cent in money market instruments. In case of the All Citizens Scheme, however, equity investment may go up to 50 per cent. Pension funds, however, will create more demand for state sector assets like bonds,

The major beneficiaries of pension reforms will be the life insurance industry, since under NPS, at least 40 per cent of accumulated pension wealth need to be invested in life annuity at the time of withdrawal.

Pension fund managers, as institutional investors, will invest in diversified and long-term financial instruments – equity, government securities, corporate debt, etc. This will increase the demand for such instruments as well as enhance market liquidity. Since the primary objective of pension fund investment is to achieve long-term risk adjusted return, pension funds do not resort to frequent trading and thus may not increase market volatility. Experience of Latin American countries, which have introduced pension reforms, shows that demand for capital market instruments have gone up since pension reforms.

Impact on the Financial Sector

The growth of the pension funds will have a significant effect on other financial services industry like banks, mutual funds and life insurance industry. While pension funds will increase demand for funds transfer services and will directly invest in banking instruments, which will encourage banks to open branches in unbanked areas. Pension funds will also directly invest in mutual funds. The major beneficiaries of pension reforms, however, will be the life insurance industry, since under NPS, at least 40 per cent of accumulated pension wealth need to be invested in life annuity at the time of withdrawal. This will give a boost to the life insurance business (which is about 3 per cent of the GDP) in general and annuity business in particular (which is around 1 per cent of life insurance business). The example of Chile further substantiates this argument, where insurance sector has steadily grown from 7.5 per cent of the GDP in 1992 to 19 per cent in 2002.

A general understanding of financial innovation refers to product innovation. However, it is much beyond that and includes innovation in the areas of accounting, auditing, valuation, risk management, safe keeping of assets, clearing system, etc. Development of pension funds has resulted in many new products in the financial market, e.g., zero coupon bonds and index futures. Hedging pension fund risk has also prompted fund managers to invent a new strategy of risk management and increased demand for such products. Moreover, the system of disclosures improved drastically reducing the investment risk and helping the investors to take informed decisions. Pension funds, as big long-term investors, can compel regulators and the market to adjust and adapt to their requirements.

The efficiency of pension funds to support financial deepening and bring structural changes in the capital market is determined by the presence of a number of factors, which provide market stability and intermediation supported by appropriate regulatory mechanism.

Social security is the most important challenge that is essential for sustainable growth and therefore NPS must be treated as a National Mission. No national mission, however, can succeed without active association of all stakeholders. To achieve this goal, we need to promote a Public Private Participation (PPP) format.