Since 1991, economic reforms have been introduced in India. There can be no denying that reforms have stepped up GDP growth. But, the moot question is whether this growth has been broad-based enough, the so-called inclusive growth agenda, argues Bibek Debroy 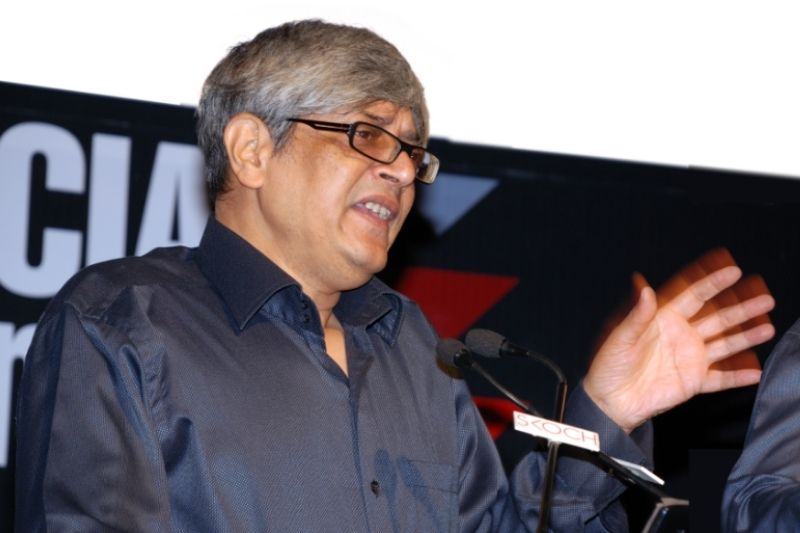 Apart from anything else, the former is a bit more precise than the latter. It is fairly obvious the term “financial deepening” became popular after Edward Shaw’s pioneering 1973 work, titled, “Financial Deepening in Economic Development”. Coincidentally, also in 1973, Ronald McKinnon’s pioneering work, titled, “Money and Capital in Economic Development” was published and McKinnon and Shaw go together. The core McKinnon-Shaw thesis is simple. Through government policies like controls on interest rates, capital flows, entry restrictions in the financial sector, public ownership of financial institutions, mandated credit allocation and so on, there can be “financial repression” in developing countries and these constrain financial institutions from performing the intermediary function well and capital is not allocated efficiently. Ipso facto, we use a term like “financial deepening” because it captures changes in the financial system.

Since 1991, economic reforms have been introduced in India, with some earlier reforms dating back to the late- 1970s. There can be no denying that reforms have stepped up GDP growth, first in the 1990s and then again since 2003, before the global financial crisis led to a slowdown. The moot question is whether this growth has been broadbased enough, the so-called inclusive growth agenda. The disparities and divides can be couched in various ways – spatial in a rural/urban sense, sectoral as in agriculture versus industry/ services, spatial across states, spatial within states, across gender/ caste/ religion/ ethnicity and at the level of personal income (more accurately expenditure) distributions.

Factually, the trickle-down benefits of growth have percolated to every segment. It is just that the percolation has not been even and this raises political economy questions, since expectations about benefits of higher growth percolate everywhere.

Factually, the trickle-down benefits of growth have percolated to every segment. It is just that the percolation has not been even and this raises political economy questions, since expectations about benefits of higher growth percolate everywhere. There is also a difference between absolute gains and relative sense of deprivation (as in measures of inequality) and there is also a difference between actual changes in inequality and perceptions. Broadly, there are two public policy questions. First, is the enabling environment of growth similar for every segment? Are public goods (roads, electricity, water, education, health-care, law and order) similar in terms of access? If not, how does one improve this? Does it have to be public expenditure? If it has to be public expenditure, rather than private provisioning, how can it be made more efficient? Second, what direct antipoverty programmes are needed for those (such as those outside workingage groups) who cannot avail of the market-based opportunities that are thrown up.

Financial inclusion is part of that broader inclusive agenda. Development doesn’t work in silos. Therefore, one shouldn’t forget the obvious point that financial inclusion cannot be driven independent of the other items on that inclusive agenda. Maplecroft has a global financial inclusion index that ranks 119 countries on the basis of access by populations to banking services, credit and insurance. India ranks 81st on this (the higher the better) and that doesn’t seem to be that bad. But that is essentially because Maplecroft indicators are too macro. They do not measure disparities within a country. Here are some sobering figures, all from Reserve Bank of India sources: 30,000 out of India’s 600,000 habitations have scheduled commercial bank branches; 40 per cent of the population has bank accounts and there are spatial differences in access. There is also the related point about whether these bank accounts are merely notion, existing essentially on paper. Life insurance cover is around 10 per cent and non-life insurance cover is less than 1 per cent. Debit cards are restricted to 13 per cent of the population and credit cards to 2 per cent. Large numbers of farmers do not have access to credit. If they do, they do not have access to formal credit from institutional sources. If they have access to credit, they do not have access to insurance, and the two often go together in the rural sector. More such numbers can be reproduced, but they aren’t terribly interesting.

India isn’t sui generis in grappling with this problem. A recent ADB conference on financial inclusion in the Asia and Pacific region centred around six themes – (a) agent banking (using agents like post-offices), mobile banking (using benefits of information technology), diversifying providers (away from public sector providers), reforming public banks, financial identification (lack of identity) and consumer protection (education, transparency, disclosure, fair recovery practices). These are themes that will resonate in India too. Across the developing world, in simple terms, the generalisation is the following:

Financial deepening (as measured by some indicators) was consciously prevented, because in an interventionist mode (recall bank and insurance nationalisation, NABARD, regional rural banks, cooperative banks) by the State, it was believed that this would push financial inclusion. It hasn’t quite worked that way and even if financial inclusion has improved, it hasn’t improved to the desired extent.

Therefore, we need to look at other means, all of which fit into ADB’s six themes. Among the ideas floating around are – self-help groups (SHGs) (these stimulate demand too), payment of wages of MGNREGS into bank and post office accounts, electronic benefit transfers, no-frills accounts, general purpose credit cards, kisan credit cards (this isn’t quite a credit card), simpler KYC (know your customer) norms, smart cards with biometric identification for opening bank accounts, use of mobile hand-held devices, business correspondent (BC) models, drives for financial inclusion, liberalisation of branch and ATM expansion, geographical focus on under-served regions like the North-East, attempts to increase financial literacy and awareness about credit and even the national identity number. Several instances can be given of impressive successes. However, we still don’t have a clear handle on what made some of these experiments (such as with SHGs) successful. What were the preconditions for success, so to speak? What leads to failure? Unless one knows answers to this, one can’t hope to replicate and up-scale elsewhere.

While there has been some liberalisation, there hasn’t been enough deviation from the historical mindsets of control. We need competition and choice everywhere. That ensures efficiency. That also ensures both financial deepening and financial inclusion.

Apart from this, one detects three tensions, so to speak. First, the “success” on banking and credit hasn’t yet been matched by success on insurance, of either variety. Second, some of these initiatives are in the nature of systemic reform and one can’t complain about them. However, microfinance is now labeled as a panacea for all ills. Notwithstanding successes with micro-credit (including in Bangladesh), it is hardly a general solution. Nor is it the case that micro-finance is necessarily financially viable to providers. There is also an element of patronisation when micro-finance is touted as a solution for the credit needs of the poor. Despite those successes, micro-finance needs to be integrated and the eventual answer has to be the addressing of those systemic problems for everyone, including the poor. Third, there is a tendency to indulge in what has been called “financial repression”. Credit has to be allocated by fiat, such as to priority sectors. Banks must be controlled, not regulated. There must be credit guarantees. There must be ceilings on interest rates. If necessary, there must be interest rate subsidies.

Such policies haven’t delivered financial inclusion after six decades of planned resource allocation. While there has been some liberalisation, there hasn’t been enough deviation from these historical mindsets of control. For delivering true financial inclusion, these need to be junked. We need competition and choice everywhere. That ensures efficiency. That also ensures both financial deepening and financial inclusion. It is by no means obvious that financial services are public goods. Drinking and irrigation water, electricity generation, rural roads, primary health centres in villages and primary schools in villages may be public goods. But that’s about it. If the state ensures these and let’s go of all financial services (subject to regulation), the country will be better off. The poor will also be better off and financial exclusion will decline.