Urbanisation of Rural Areas PURA Scheme as the Game Changer 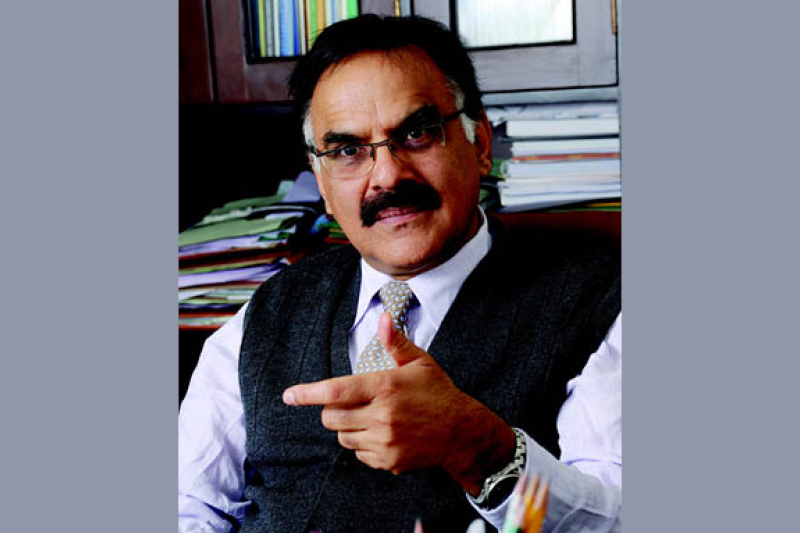 For far too long, the subject of urban development and rural development has been dealt with as autonomous activities by policy-makers, academia and civil society. This is reflected not only in the designs of various schemes and programmes, but also in the standards followed, the implementation methodology and the expected outcomes. In the end, those living in rural areas feel dissatisfied with the quality of life. This is also true for development of infrastructure. Large sums of money are being spent on infrastructure in rural areas. However, several constraints are responsible for the impact not being so visible and for lower levels of citizen satisfaction. These are:

Poor infrastructure dampens economic potential of rural areas and accelerates migration to urban areas. This, in turn, puts pressure on urban infrastructure and mushrooming slums in all large cities are a testimony to this fact. Inadequate economic opportunities in the rural areas also perpetuates dependence on agriculture for livelihood and makes the task of poverty reduction that much more difficult. The Pradhan Mantri Gram Sadak Yojna (PMGSY), one of the best run rural development programmes, has radically unlocked economic values in rural areas.

It is, therefore, important to see how the scheme for Provision of Urban Amenities in Rural Areas (PURA) can actually act as the catalyst not only for convergence between different infrastructure development schemes but also become the new model for the management of urbanisation of rural areas. The recently approved PURA scheme for running of a few pilots is likely to bring about a major change in the manner in which rural development is treated by the stakeholders. For the first time, a uniquely designed public-private partnership (PPP) model is being tested for creation and maintenance of rural infrastructure assets, with predetermined service delivery standards almost akin to urban standards. While most of the capital expenditure requirements will be met from existing Central schemes, with the service charges determined by the government, the construction and maintenance of assets and service delivery for a predetermined period will be done by the private partner on commercial considerations. To attract the private sector, the scheme is designed to be ‘project based’ with well defined risks, measures for risk mitigation fully explained and allocation of risk between the sponsoring authority (panchayat), Central/State government and the private developer clearly spelt out.

The idea that the rural areas must be provided urban amenities was first mooted by the then President, Dr APJ Abdul Kalam, in his address to the nation on the eve of Republic Day 2003. The Government responded positively and the then Prime Minister announced the PURA scheme on Independence Day in 2003.

In the first phase, the Ministry of Rural Development implemented seven pilot projects from 2004-05 to 2006-07, with a total outlay of Rs 3 billion in the states of Assam (Gohpur), Andhra Pradesh (Rayadurg), Bihar (Motipur), Maharashtra (Basmath), Rajasthan (Shahpura), Orissa (Kujanga) and Uttar Pradesh (Bharthana). The pilots did not succeed as PURA became another rural development scheme and only provided some additional funds over and above those available under other schemes. Based on the experience of the pilot projects and feedback from various stakeholders, including the participating state governments, it was decided that the PURA scheme should be completely revamped and made more meaningful. The recently approved scheme for running a few pilots with a total plan outlay of Rs. 24.8 billion for the remaining period of the XI Plan is an attempt to provide a different framework for the implementation of rural infrastructure development schemes and inject private sector efficiencies in the management of assets and delivery of services.

For the programme to be successfully implemented, it is critical that the objective should not be multiple and should be simple to comprehend and measure. Therefore, for the revamped PURA, true to its nomenclature, provision of urban amenities in rural areas should be the primary objective and the programme has been designed to achieve this objective. However, sub-objectives include reduction in the pace of migration from rural to urban areas and creation of in-situ livelihood opportunities.

The definition of provision of urban amenities has been refined. The following will constitute PURA: notified listing of urban amenities that are essential for fulfilment of PURA. These are drinking water supply and sewerage, drainage, solid waste management, skill development and development of an economic activity. In addition, electricity distribution, telecom services, street lighting through non-conventional energy sources, etc., can also be provided.

The latter is only an illustrative list and this can be modified. In addition, it is expected that the private partner will also undertake some add-on commercial activities that not only create revenue streams but also add to the economic infrastructure of the identified villages. However, it is imperative that the list is firmed up and frozen, and once the mandatory and the optional activities are bundled in a project, all identified activities become mandatory and part of project deliverables. This will be necessary for ring fencing the project. No private developer will venture to invest in a project unless all risks are identified and mitigated to the extent possible and properly allocated. Similarly, the government also would not be able to commit resources without mitigating the risk of the uncertainty of deliverables.

The mode of delivery is PPP and the relationship between the public sector entity and the private sector partner will primarily be through a concession agreement. Each PURA project will have to be within a single legal jurisdiction of a local government. Project spilling over too many jurisdictions will create legal risks unacceptable to the private party.

As the returns on investment will be based on a thin revenue base, most of the capex will have to come from government schemes. The mandatory activities will be from within the Ministry of Rural Development (MoRD) schemes. Secondly, only community development schemes will ordinarily be included, as individual beneficiary schemes have a different level of political sensitivity and private developer will find it difficult to manage them. Thirdly, an omnibus provision will be made in all schemes and programmes included to allow the execution to be done through the private developer in place of panchayats or government departments.

Fourthly, the PURA project ought to include at least one scheme of other ministries that are available “on tap” as some areas of critical infrastructure are not within the purview of the MoRD.

The implementation will be done within the guidelines for each of the identified schemes/programmes. However, it is possible that the essential infrastructure may not be fully funded by government schemes and the developer will have to invest some capex.

Lastly, it will be necessary that a few “commercially viable” and “people centric” projects be developed, preferably in partnership with the PRIs. These will typically not be funded from government schemes but through private investment and run on commercial considerations. Such projects can include:

A necessary ingredient for all these projects is the availability of land. This can be made available by the PRI in return for a percentage of revenue-share in the commercially viable projects. The profit that the private partner makes in such subprojects can partly cross-subsidise to pay for “urban amenities” infrastructure services that may not have commercial viability at this stage. Again, revenues generated for the panchayats can become their incomes. Alternately, the developer may acquire land on his own and run these activities for earning revenue.

The ‘returns’ for the developer will also be from the revenues that can be generated within the overall framework of the rural economy. For example, sewerage outfall can be captured, in addition to agriculture waste, in a large bio-gas digester and the gas so generated can in turn generate grid-enabled electricity, which can be sold to generate revenue. Maintenance of infrastructure assets and provision of services can be part funded through such revenues. Other similar innovative revenue streams can be identified from the list of the add-ons.

The viability gap that may still exist will be met from the PURA scheme, under which up to 35 per cent of the project cost can be given as a grant. As the concept is very new for rural infrastructure development and it may be difficult for the private sector to identify all the risk for pricing, for the pilots, the grant will be fixed based on the appraisal of the DPR (detailed project report) and approved by an interministerial committee. To ensure delivery of all elements, add-ons submitted as part of the DPR shall become ‘essential’ for the purpose of performance guarantee.

It was seen an overall project cost of about Rs 10 billion will cover 7 “urban” amenities, apart from a skills development activity covering one person from each household and support for a lead economic activity making it a total of nine activities. In addition, three add-on activities which are people centric and are expected to create in-situ livelihood for local people will also be covered. This will result in attaining to a large extent the goal of inclusive growth.

However, given differences between rural locations in terms of topography, population distributions, the state of economic development and the development of PRIs, actual costs for such an exercise will require detailed study. While for the purpose of costing this project, no user fees have been assumed, it is desirable that some fees, to the extent that it can be reasonably borne by the beneficiaries, be charged and the services not be entirely free.

The third category of projects constituting “add-on activity” will primarily be self-sustaining in nature and will include people centric activities. Funding support will not be required from MoRD. It is conceivable that these projects can be developed as a partnership between the PRI and the private developer. The PRI can contribute land towards these projects in return for a share of equity or profit. Surpluses thus generated will go back to the PRI to support development and operations of rural infrastructure.

If the PURA pilots succeed, there will be a paradigm shift in the manner in which rural infrastructure is developed and maintained. It will also redefine the quality of services delivered in the rural areas.

Based on the above premise, a costing exercise was undertaken for providing urban amenities for a rural area covering 30-40,000 people in one or more adjacent PRIs in an area of about 20-25 sq km. In addition, the cost of a lead economic activity and skills development programme was also included based on available benchmarks of spending.

The following key assumptions were made for the purposes of estimating the overall
costs of the project: