The India Decade How the UID can Make Growth Inclusive

The Unique Identity Number project will enable the poor to access important resources and services hitherto denied to them, partly due to their invisibility and partly because of the leakage and fraud that have become an inherent part of our system, says Nandan Nilekani 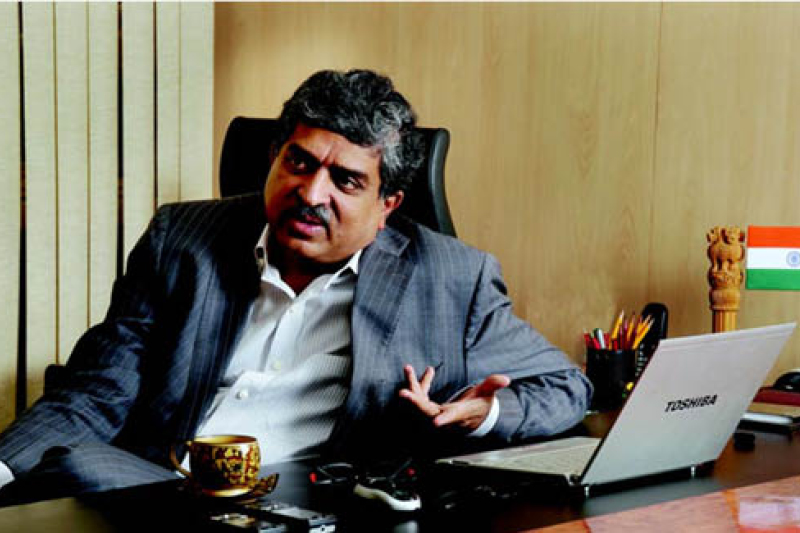 Is the coming decade ‘India’s decade’? Substantial change is elusive to see when you are in the same place for years at a time, but for a visitor, it can be startling. Across India, in our cities, smaller towns and increasingly our villages, what we are now seeing is a burgeoning of economic activity – greater investment, more jobs, and rising economic activity that is visible in the hustle and bustle of our local markets and mandis. The ground reality thus seems to confirm the upward trajectory of our growth figures. There are certainly qualifiers to this – our growth remains visibly uneven across states, and the issues of unaddressed inequality, poverty and illiteracy persist. But there are clearly immense possibilities emerging for us in the opportunities to better our social indicators, drive industry growth and urban expansion and create jobs.

The Unique Identity Number (UID) project will play a fundamental role in shaping these possibilities. The goal of the Unique Identification Authority of India (UIDAI) is an ambitious, but simply stated objective: issue a unique identity number for every resident in the country. The impact of this move, however, is likely to be broad-ranging over the next decade and will permanently change how we tackle poverty and how we approach our welfare programmes, service delivery and development and governance in India.

The UIDAI and its Impact

Over the past several months, the UIDAI has held consultations with a broad list of government bodies as well as civil society and private sector organisations. Although, the people we met were from different sectors, with varying goals and challenges, their concerns overlapped when it came to identity. For government programmes as well as public and private agencies in finance, insurance, energy, education, health, labour and so on, the difficulty they face in verifying the identity of residents affects the delivery of services, the success of welfare schemes and the ease with which residents can access the resources they are entitled to.

Denial of access to state resources and services has created a large, unstable and inefficient informal economy that the poor rely on for basic services, turning to slumlords for housing, moneylenders for finance, unregulated schools for education and the informal sector for jobs.

The digitisation that the unique identity number (UID) brings to identity verification will replace a vast paperbased system that had long established itself across India’s service infrastructure. The number can enable the targeted delivery of services and prevent leakage and fraud in government programmes. In the longer term, the UID number also has the potential to transform how we address our development challenges.

In particular, the UID has significant implications in how we tackle poverty. For a long time, our governments have worked to address poverty issues by delivering to the poor basic essentials – such as food to feed their family, fertiliser to grow their crops, and fuel to cook and to light their homes. But poverty is less about mere shortage and more about systemic exclusion and lack of access. The poor, for example, lack the resources to build the skills they need to earn a higher wage. They cannot access the facilities to give their children proper healthcare or the right schools to educate them. They cannot avail of the markets that will earn them higher prices for their goods.

Everywhere they turn, they find important resources and services denied to them, partly due to their invisibility – given the difficulty of the state to identify who and where these residents are, and how to reach resources to them without leakage and fraud. The absence of such access has created a large, unstable and inefficient informal economy that the poor rely on for basic services, turning to slumlords for housing, moneylenders for finance, unregulated schools for education and the informal sector for jobs.

UID Across the Lifecycle of Services

The UID number will help us address these challenges – a clear, transparent identity system will enable residents to avail of resources and services that have long been out of their reach. The number can open up access for the poor to a lifecycle of services, and such access can be tailored to an individual’s age, their socio-economic group and their particular needs. For example, the child of a BPL (Below Poverty Line) family can be eligible for healthcare vouchers linked to the child’s UID number, enabling the child to receive free immunisations from any hospital. The BPL family can also be eligible for UID-linked direct cash transfers, which will allow them to purchase basic necessities such as food and clothing for their children and family.

Once a child enters school, UID-linked education vouchers will allow him/her to attend the school of choice. As an adult worker, UID-linked access to finance and insurance will encourage savings and investment into entrepreneurial ideas. A mobile identity, with mobile rights and entitlements, will also enables the resident as an adult to migrate with greater security and safety, in order to get the best possible income and to contribute most effectively to the economy. And during periods of unemployment, reliable, UIDlinked welfare schemes will ensure a subsistence wage and access to pension in old age will ensure a level of security.

Linking the UID across the lifecycle of services will make governments far more accountable to individuals in the benefits they receive, and their entitlements. And it will enable new, targeted investments into human capital, which will in the long term, provide us with an important fillip to growth.

The UID number, by tackling these challenges in access, helps address the shift in aspirations that have accompanied India’s development over the last two decades. In the 1970s and 1980s, people’s aspirations had focused on basic essentials – roti, kapda, aur makaan (food, clothes and a house). Since the reforms in the 1990s, the emphasis moved to community infrastructure, in the form of bijli, sadak and paani (electricity, roads and water). In recent years, as growth has accelerated and access to basic infrastructure has improved further, aspirations among the poor have shifted again. The focus today is on ‘soft’ infrastructure that empowers the individual, and the demand is for a ‘bank account, mobile phone, and identity’. Each of these is something the poor aspire to for their ability to improve the access to resources and markets.

The Possibilities of the UID

During discussions UIDAI officials and I have had with organisations and people across the country, one thing that soon became apparent was the sustained interest in the UID Authority’s proposed biometric system. Many have appreciated the accuracy it will bring to identity verification; some expressed their concern on how this will impact privacy and increase the visibility of residents to the state. But the reality is that such visibility goes both ways – a clear identity system vastly increases the accountability of both public and private agencies to the resident, and it becomes difficult to deny the resident services they are entitled to. Biometrics-linked authentication, for example, will make it very difficult for service providers to deliver resources and benefits to those who are not eligible for them. A UID-linked system at an NREGS worksite, for instance, will require workers to verify their presence onsite through biometrics. The wages that are due to them can be transferred directly to a UID-linked bank account, from where money can be withdrawn only through UID authentication.

Reliable identity authentication also makes it easier to deliver public resources and benefits through a variety of agencies – public, private, and non-profit. Once identity verification is mobile and easily done, benefits can be delivered directly to the resident in the form of vouchers and cash, which can then be redeemed at any agency.

While the goal of the Unique Identification Authority of India (UIDAI) is simply to issue a unique identity number to every Indian, the impact of this move, however, is likely to be broad-ranging and will permanently change how we tackle poverty and how we approach our welfare programmes, service delivery and development and governance.

The ability of individuals to verify themselves anywhere in the country also becomes valuable as migration and urbanisation intensify with growth. The UID number, with its ‘anytime, anywhere, anyhow’ online verification process, can make geographical distances irrelevant to the delivery of a multitude of services, allowing agencies across a variety of sectors such as banking and finance to provide remote services.

Considering the broad implications of the UID project, the UID Authority has encouraged widespread public participation in the crafting of its policies and implementation strategy. The UIDAI has, for example, consulted with a wide range of organisations on the proposed number, and sought their perspectives – this has included governmental agencies, including central ministries and departments, and state governments, civil society organisations, educational institutes, private agencies such as banks, microfinance institutions and industry groups, and multilateral agencies, including the UNDP and the World Bank. The Authority is also setting up advisory groups, including the awareness and communication strategy advisory council and the global academia council, which includes concerned citizen representatives, to recommend steps for engaging and enrolling the public in the UIDAI process.

Creating a transparent approach to UID implementation and encouraging the broad involvement of the public will be key to having an identity system that is well-designed, secure and effective. The Authority is not restricting such involvement to experts and skilled professionals – it plans to build a broadbased volunteer force of ordinary residents from across the country who will aid the UIDAI in the implementation of the number, help spread the message on its benefits and pinpoint emerging challenges and issues with its implementation.

An initiative of this scale is certainly unprecedented in India and all the more of a challenge considering the size and diversity of the country’s geography, and the difficulties in reaching marginal communities. The UID can be the beginning of a new charter for development in India. It has the potential for us to leapfrog an entire generation in terms of development and the delivery of services. It can become a way to bridge the distances that exist between our political and economic structures and the poor. And it can transform, how we approach the implementation of governance projects in India, embracing an approach that is potentially more participative and collaborative. If we do this right, we are at the cusp of reforms that can fundamentally change the lives of all Indians.