Is the Government Ready for Change?

Can government offices use the cloud infrastructure? A letter of Ministry of IT, which is more than two-years-old, advises against use of foreign servers for hosting Indian government websites. This advisory does not take into account the advent of the cloud computing platform but effectively prevents use of cloud computing by all government departments says Korath V Mathew 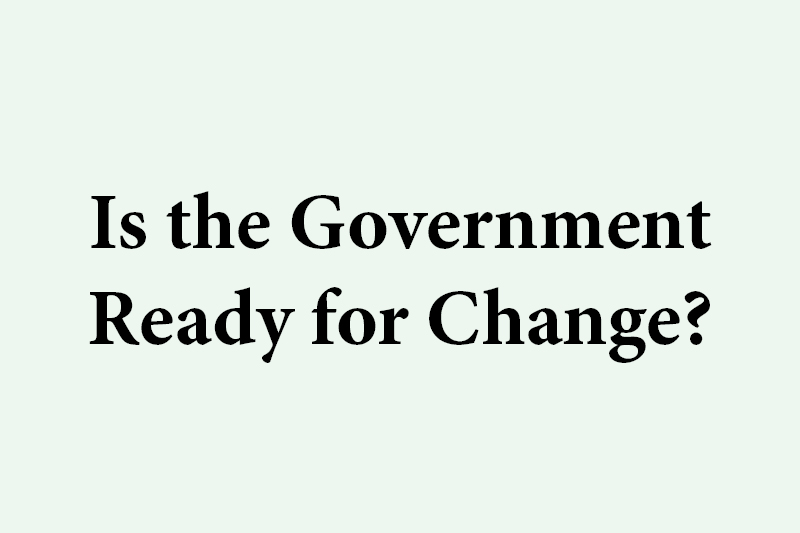 Cloud computing is a fairly new technology that has evoked considerable interest in the IT industry because of its capability to offer high quality of service (QoS) at a fraction of the cost of making exclusive infrastructure. A computing cloud can be defined as a pool of abstracted, highly scalable and managed computer infrastructure, capable of hosting endcustomer applications and billed by consumption. Cloud computing uses power of multiple servers functioning from multiple geographic locations, simultaneously optimising on resources based on diversified load distribution.

In other words, it is “economies of scale,” which causes the costs to come down drastically. Multiple servers and locations enhance reliability and availability, to almost hundred per cent of the time. To create an exclusive system equally reliable will cost millions and require similar amounts to maintain.

Cloud services are broadly divided into three categories: Software as a Service (SaaS), Data as a Service (DaaS) and Hardware as a Service (HaaS). Application as a Service is another version of SaaS, which is the highest form of cloud computing service and by default includes all the other three services. A customer has the option to buy any of the cloud services at any level depending upon the requirement. Thus, cloud computing has enhanced every feature that is required with IT solutions, namely, scalability, reliability, security and flexibility, while reducing the total cost of ownership and project time by many folds.

In such a scenario, it looks almost absurd that the Indian government has effectively shut doors on usage of cloud computing due to some vintage rules; a major disadvantage for government organisations. Probably, it is a shallow assessment of security of data which stems from the fear that servers are not located in India that is preventing them from going onto the cloud.

There was a time when government websites used to be on foreign servers if one goes back in time. In fact, in the initial years of the internet, servers were only located in the US and it was a time when all websites of all countries, including Indian government websites, used to be on US-based servers. Subsequently servers came up in other countries. The Indian domain (.in) was one of the last to come up despite India being an IT powerhouse.

Security of data has very little to do with the physical location of the data. The recent hacking of servers of the Ministry of External Affairs, which are located in the safest rooms of North Block, is a case that proves that physical location of servers does not provide any extra security. This is because all data is stored in an electromagnetic form (binary codes) and transmitted as electromagnetic waves. It has no physical form and thus is practically invisible. In such a scenario, ascribing physical protection or boundary makes little sense.

Data security is essentially provided through encryption, firewall and procedures. All of these are covered by standards like ISO 27000 series, and which are also followed by all cloud service providers. The better the firewall and encryption techniques, the higher the level of security. High quality firewall and security systems are prohibitively costly and hence to create an exclusive system will be economically unviable. Yet, it is possible to have the very best security system if one optimises, using economies of scale. And it is seen that the reputed cloud service providers offer state-of-theart security, which is difficult to be matched by private data centres.

Let us see what Oracle CEO Larry Ellison said two years back: “The interesting thing about cloud computing is that we’ve redefined cloud computing to include everything that we already do… The computer industry is the only industry that is more fashion-driven than women’s fashion. It’s complete gibberish. It’s insane. When is this idiocy going to stop?” But, look at what Larry Ellison is saying now: “If orange is the new pink, we’ll make orange blouses. I’m not going to fight this thing (cloud computing).”

No one can deny the obvious: innovation and change is inevitable for being competitive. Most developed countries like the US, Japan and many European Governments have adopted cloud computing with little hesitation. They have understood the merit of the new technology and have encouraged their governments to get better value and service.

In the past, people have moved from main frames to desktops and from local data centres to centralized infrastructure. Similarly, in the software sector, companies are using ERP in place of bespoke applications. Moving to cloud computing, an integrated, flexible platform is the next big step. The cloud is more reliable, cheaper and fast to implement as it uses economies of scale. New technologies leapfrog in geometrical proportion. The policymakers have to be nimble to reap their benefits.