Post the worst financial crisis of all times, it is now an era for continuous global dialogue in the way we understand and the way in which we run business. We have to move in a direction of transparency, unison and collective responsibility, writes Vinayshil Gautam, while creating the vision for the decade ahead 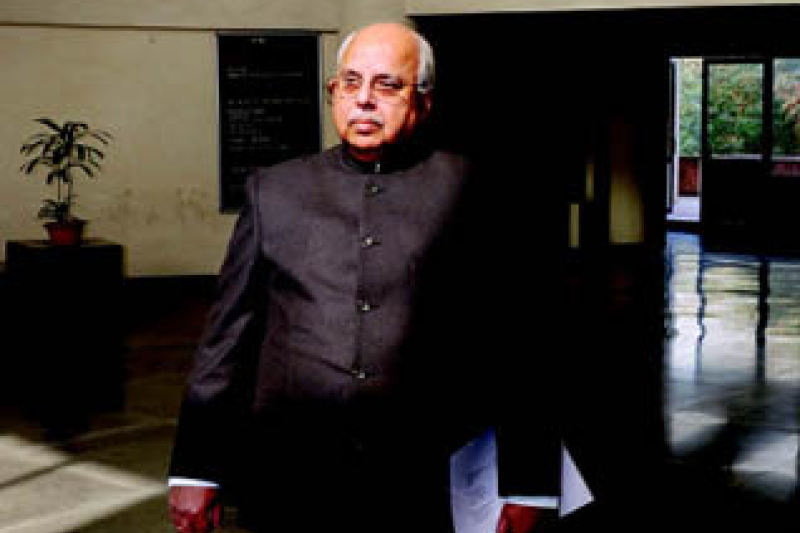 The new decade has begun. One, which for many rises from the ashes of one of the worst financial crises to hit the world in living memory. At the beginning of this decade, we begin with hope based on trends and hopefully with greater clarity in understanding and thought and firmer support systems for purposive action. The lessons of the meltdown are still to come in fully and their collation and analysis is just about beginning. The agenda for the new decade will also involve plugging in the gaps in regulatory mechanisms and organisational processes. It will also mean, refining the patterns of action. The emerging times have something special in them.

Strictly from the Indian point of view, no matter how much we gloat over containing our losses, the fact is that we know it was more to do with our ‘unique’ procedures and methods, chance, rather than careful planning. We also know that some of our major economic policies need some rethinking and some fine-tuning and we need to revisit some of the fundamental paradigms of our financial system updating them where necessary and plugging the gaps where required, thus ushering the new decade in a more robust manner.

We also need to plan for the times. Changed technologies have woven a web and we need to create strategies that take a broader view of income and expenditure. An illustration would help to clarify the point, both from the sovereign state point of view and the enterprise perspective.

Microsoft has two subsidiaries: Round Island One and Flat Island Company. They are both in Ireland. Microsoft has parked all its software licences, the intellectual property, in Ireland, in these two companies. Round Island is the most profitable company of that country. Every single subsidiary of Microsoft, anywhere else in the world has, therefore, actually to transact with Ireland. Of the estimated $40 billion revenue of Microsoft, about 75 per cent comes to Ireland. That Ireland has 12.5 per cent corporate tax rate is a major reason why Microsoft went there. Extremely strong intellectual property protection laws and a rational tax structure make it an ideal location to do business.

Vigorous efforts have to be put in to strengthening the economic foundations of the country. We need to be competitive as a nation before our enterprises can become competitive. To attract investment and take advantage of the emerging principle of international economic relations would require Ministry of Law, Ministry of Finance and Ministry of Corporate Affairs to work together.

This leads to a logical poser for the Indian economic environment. Why were we not the preferred choice? Vigorous efforts have to be put in to strengthen the economic foundations of the country. We need to be competitive as a nation before our enterprises can become competitive. After all no one can run faster than the train, he is on!

To draw investment and take advantage of the emerging principle of international economic relations would require Ministry of Law, Ministry of Finance and Ministry of Corporate Affairs to work together. It holds to reason that what can happen in Ireland can also happen in India provided we can get our vision clear. Microsoft is not the only company which has used its multinational character wisely. Google has also done well so far as similar action is concerned, so has Intel. In the early 1990s, the pharmaceutical companies, given their dependency on intellectual property rights, were important players in this kind of operation. Clearly, a closer relook at our financial governance processes can further alter things for the better.

In 1994, James Haynes did a study on income shifting from one jurisdiction to another and concluded that about 1 per cent tax rate increase in a year on an average leads to about 7 per cent drop in reported earnings. Repeating this study in 2000, he concluded that it was about 2.5 per cent. The significance can be large in terms of tax aligned supply chain management. The meaning of this has, also, to be understood in other operational terms. It is not a linear function we are looking at here. It is not a 1 per cent increase and 1 per cent drop. It is 1 per cent increase to 7 per cent drop. The magnitude of these financial figures has to be understood.

Then there is the role of offshore corporations which tend to gravitate towards locations with non-existent/low tax levels. The offshore companies are also circumspect on fiscal data exchange with other countries and have an attractiveness for shelf companies with fictitious name. To complete the picture, it needs to be recognised that there are cooperative states and non-cooperative states.

Cooperative states are the states which actually share information. Today, if I am based in UK and I say that I have not seen this company based in Isle of Man and I need to know what the company is all about, the Government will readily go ahead and share that information. The noncooperative states are the ones which do not cooperate and which do not share information, Monaco, for example. Ultimately, the objective must include the need to know where the companies could put away the profits. Clearly, there are ways of avoiding the kind of vagueness which some of the smart corporates get away with as well as there being a need to draw investments to this land.

There are groups of people who believe that innovation in the area of finance should not be curtailed and the market should be given a free run. These market fundamentalists have been variously questioned. Studying a pattern and doing content analysis is an effective learning instrument. A conference organised by the International Institute of Finance was held in Athens in the summer of 2007. It was a high powered conference; discussions revolved around whether hedge funds and private equity funds should be asked to disclose their business or be asked to disclose their numbers. In that international gathering, no one even talked of whether they should be regulated. The flavour of times was free market and the approach was of promoting and encouraging innovation. Incentives and bonuses were amongst the instruments thought to promote it.

Then came the slump; and the state auditors got into action. The lavish earnings which actually came in the way of some in 2008, was almost parallel with the slump. It involved people getting mind-boggling perks. People got all varieties of bonuses, and some bought themselves private jets. The immediate advantage for the person who was doing it within a system, within a financial company, led to such things happening. Clearly, nobody was supervising, much less regulating.

A moot question which to this day remains unanswered in an institutional mode is whether that was all something like a private contract or was it something which could lead to public harm? The question is not as complicated as it seems. If there are two persons in a room who are venturing with their own money and they are not borrowing money from anybody, this may be something between the two of them. But, if there is something where public money is involved, where money is kept in fiduciary capacity, then somebody has to supervise and look at it. It was not happening enough when the so-called ‘slump’ took place and it is not happening adequately even today.

One thing is clear – when there is a company, the company is taking a credit risk. If the company is exporting or importing, it is taking a foreign exchange risk. The truth is they are taking an interest rate risk on the economy. So, one has to hedge. There is a natural case for you, a business case for you to hedge against your normal business – whether it is an interest risk or credit risk or forex risk. It was a sad day when speculation became so important even for the corporates. The examples are many in India. Some sugar companies in India, or some auto component suppliers or some exporters in India who are exporting their merchandises started hoping that 30-40 or even 50 per cent of their revenue will come from forex hedging. Clearly, it is not their core business. Consequently, when the hedge went against them, several of them went to various courts all over the world saying they did not understand this instrument. One can only wish they had realised it earlier. So long as they were minting money, they never went anywhere and when they lost money, complainants started saying they did not understand it and courts must provide protection!

Whatever be the instruments or systems which are being implemented in or are being planned for India, one has to accept that flow of capital will happen either way. All monetary policies, all regulatory architecture and all instruments have to be fully prepared for eventualities of huge amount of capital flow.

Whatever be the instruments or systems which are being implemented in or are being planned for India, one has to accept that flow of capital will happen either way. All monetary policies, all regulatory architecture and all instruments have to be fully prepared for eventualities of huge amounts of capital flow. It is interesting to note that the amendment in 1999 of the Securities Contract and Regulation Act began the process for creation of exchangetraded derivatives. One recalls that India has a contract law where its Section 30 says that wagering contract is not legal. Any sort of wagering is not permitted and that is why this law provides that if trading is happening in exchange, exchange trading means that one party does not know the counterparty. It is an anonymous order driven on the screen. So it was allowed. Once exchange derivatives were allowed, this led to the creation of index futures, followed by singlestock futures, index options and single-stock options. There is a story of the ups and downs of interest rate derivatives. But, that is another matter and there are certain turf issues between the Securities and Exchange Board of India (SEBI) and the Reserve Bank of India (RBI) as well.

We can consider ourselves fortunate in a way. The crisis highlighted the gross inadequacies and all the cracks in the system. This has given us an opportunity to correct our shortcomings in the areas of governance and regulation. In spite of all the talk of globalisation and free trade, we need to understand that the time has come for greater international consultation and collaboration. It is now an era for continuous global dialogue in the way we understand and the way in which we run business. Ethics have been brought to the fore in a much bigger way this time and we have to learn from our mistakes. We have to move forward. We have to move in a direction of transparency, unison and collective responsibility. This should be an important component of our vision for the decade ahead.