Increasingly, everyone is recognising the important role that the private sector can play in upgrading India’s power sector. But, the more important issue is how to synergise the reforms that are taking place in different arms of the sector so as to achieve cohesive growth 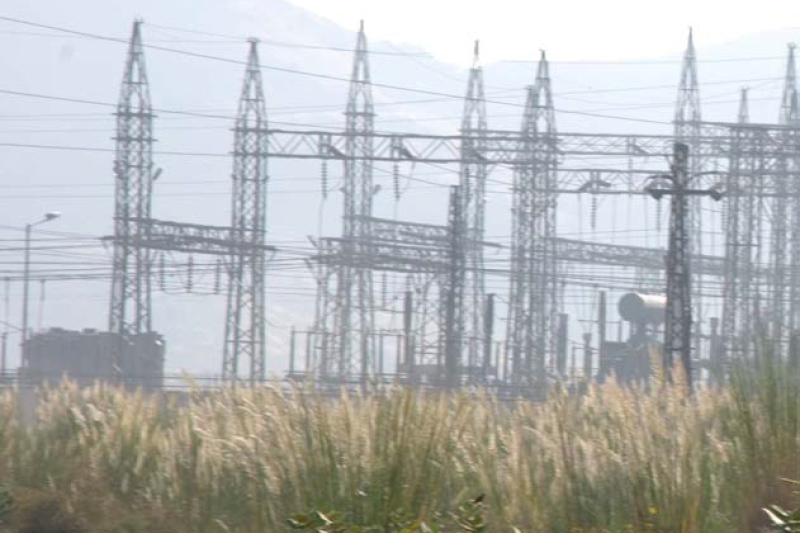 If there is one sector in the country  where everyone-policy-makers, the  bureaucracy, the industry and the civil  society-knows what the problems and  what the solutions are, it is the power sector. But it is in the implementation of the solutions that the difference seems to arise: for some, the answer to power sector woes lies in correcting the demand-supply gap, i.e, by increasing generation capacity; for others, the solution lies in increasing the coverage by expanding the distribution reach; while for yet others, the solution lies in cutting down on the transmission and distribution (T&D) losses. Increasingly, however, the realisation is setting in that all three arms of the power chain will have to be tackled simultaneously, if the situation is to change for the better.

Facts and figures about the physical growth of India’s power system may sound hollow and deceptive. But what is true is that per capita consumption of electricity in the country at only 280 KWH per year has increased nearly 14-fold since Independence. But today demand is outpacing supply and this is why the sector is facing a scrutiny more intensive than ever before. Says former Power Secretary P Abraham, when initially reforms started being implemented in the power sector, the focus was on the generation side. “It was only after 1994 that people started realising that adding more capacity only to lose more in the transmission and distribution leg would not work. So, that is when attention shifted to checking T&D losses.”

“So far, all solutions being sought to be implemen-ted in the distribution utilities to reduce losses are engineering solutions.  But, the utilities also need to look at the managerial solutions as well.”

As B K Chaturvedi, Member, Planning Commission, notes, “today in value terms the country’s T&D losses are between Rs 40,000 crore and Rs 50,000 crore, which is a substantial loss, considering the number of areas where electricity is yet to reach the people.” According to him, the need to check such losses is all the more important since the capacity addition during the 11th Plan period is expected to be over 60,000 MW. Normally, the practice is that investments are carried out in the ratio of 2:1:1 for generation, transmission and distribution. Also, if the capacity addition targets are met, Chaturvedi said recently that there would be a need to have a suitable transmission and distribution network in place.

Given the backlog that already exists in these two arms of the power sector and huge resource requirements to meet the government’s target of Power for All by 2012, the Planning Commission, Chaturvedi says, sees a major role for the private sector. Conceding that the first attempt at involving the private sector in distribution in Orissa was a failure, Chaturvedi says subsequent initiatives have started yielding the desired results. (See Box: The Bhiwandi Story) As Abraham reiterates, the working of Delhi Electric Supply Undertaking, the state-run power utility in the national capital, before partial privatisation was a complete drain on resources, with the T&D losses being over 50 per cent. “Today, the active participation of  the private sector has resulted in such losses coming down significantly, with the result that the government is today making savings on the annual grant it used to give to the utility. This is not to say that the utilities do not have to undertake more improvements.”

According to him, it is not that the staff in the various power utilities in the country are unaware of where and how the losses are taking place, it is just that there is lack of accountability, both political and systemic. “We continue to see provision of power as a social service, the cost of which has to be borne only by the state.” As G D Gautama, Power Secretary, West Bengal, says “in a monopoly business, one can only make a loss when one is thoroughly inefficient and thoroughly corrupt.” According to him, “the bane of the power utilities has been that its managements have been the thieves, the police and most surprisingly, the judges as well. They had just been sweeping the problems under the carpet.”

In this connection, Mitra, raises a note of concern when it comes to the restructured Accelerated Power Development & Reform Programme (R-APDRP). While not contesting the fact that the programme would allow the power utilities to map T&D losses, he said that it was necessary that such skills upgradation of the staff be undertaken across a state and not just across cities and towns. “In the cities and towns, where the programme is implemented, the utility staff will have a set of skills and capabilities very different from what their counterparts in other parts of the state will have. In fact, it was to avoid such problems that West Bengal has chosen to implement an ERP (enterprise resource planning) solution across the entire state.

Concurring with him, Chaturvedi says, the cautious note struck by many companies in the R-APDRP programme that the existing staff of the utilities would not be able to implement the IT-intensive nature of the suggested reform solutions was not right. “I do not agree with the perception that the existing staff cannot be retrained for this purpose.  It is a question of (a) motivation and (b) our taking up appropriate changes in our organisational structures.”

“I do not agree with the perception that the existing staff cannot be retrained for this purpose.  It is a question of (a) motivation and (b) our taking up appropriate changes in our organisational structures.”

Agreeing with Mitra that accountability would be an important driver of the R-APDRP, Bhatnagar said that for this the utilities would have to put in place systems that ensure regular monitoring and timely decision-making. “This will ensure that decisions are taken in such a manner that ensure that the right message goes down the line and people down the line actually see and are able to inform their superiors of the result of such decisions. There has to be a two-way communication.” This is reinforced by Gautama when he says that the key to the success of any programme is the people behind it. “While it true that today there is a greater role for technology, one must remember that the increased use of technology brings in greater transparency and greater transparency always leads to greater resistance from those opposed to change.”

Yet another issue that Bhatnagar flags is ensuring suitable human resource (HR) management policies are in place in the power utilities. “A key element of a programme like the R-APDRP is having the right people in the right place not just for the actual duration of the project, but beyond. This is not simply an 18-month-long project. Training and deployment of the right people has to become the norm in the power utilities otherwise all the gains will be frittered away.”

Drawing parallels with the IT deployment over two decades in the banking sector where similar manpower issues had come up, Rajeev Asija, EVP, HCL Infosystems, says that the biggest challenge to the R-APDRP programme was change management. “It is a question of a mindset change. People who have had no experience of computers before are now being expected to use IT devices to do their everyday work.” In this context, he feels that an important part of the project has to be on learning and training. And, obviously, training cannot be a one-time event, it has to become a continuous process. “It is here that the hand-holding obligation of the system integrators becomes extremely important.”

However, unlike the banking sector where IT and computerisation had a very long gestation period, Asija sees IT incorporation by the country’s power utilities as “leapfrogging over technologies and systems. Today, technology allows us to look at such systems as part of any upgradation process and not independent of them.”  This is reinforced by Biswapriya Mukherjee of SAP India, who says that  “once we are talking about timeless software, we need to have in place a very robust backend system because business paradigms change.”

In a study of the power distribution model in Bhiwandi after it was privatised, Prayas, a Pune-based NGO, says that the franchisee model has improved supplies, cut down on losses and improved access. However, recovery of arrears and lack of customer confidence for metering and billing systems remains a problem, says the NGO.rayas says that the franchisee, Torrent Power Ltd (TPL), has been able to significantly reduce losses in the Bhiwandi circle. In the first two years of operation since the agreement was inked in 2007-aggregate technical and commercial losses have come down from 63 per cent to about 19 per cent. These reductions have been brought about by a capital infusion of over Rs 200 crore in the first year of operations to upgrade the distribution system coupled with several management and administrative changes.The study also reported improvement in the supply quality post-implementation of the franchisee model. However, lack of post-franchisee monitoring by the licensee has also been highlighted as an important shortcoming in the model.MSEDCL handed over power distribution in the power-loom town of Bhiwandi to TPL under a 10-year franchisee agreement in January 2007. The urban, input based franchisee model is considered to be the next step in distribution reforms. Prayas undertook the study of this model for the Planning Commission.