The rural/urban divide seems to offer an imperfect understanding of what is happening in India today, although the divides are fundamentally geographical and spatial. 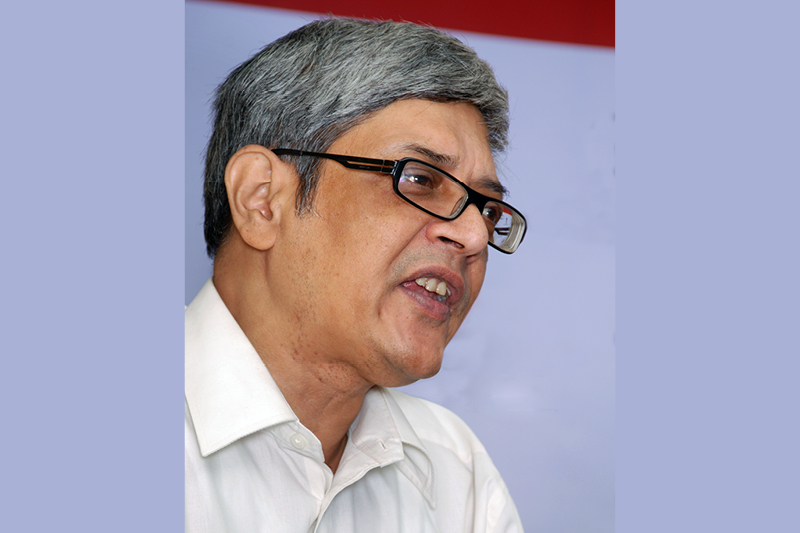 While there can be no quarrel with this statement, the question is how is this to be done? And what forms of exclusion are most serious? As the 11th Plan document chapter on Inclusive Growth states, “A person is poor because her endowments of capital, land, labour and skills are meagre, and also because her access to public goods and services and natural resources is limited. Often, a poor person is trapped in the prison of illiteracy. Disease and ill-health prevent her from getting the most out of the one asset she has, her labour. Without training and skills she cannot aspire to do a better job. Without an all-weather road that connects her habitation to the nearest market, she cannot get a fair price for her produce. Without electricity and access to credit, her ability to increase productivity of land or of artisan activity is limited. Without the sewers and drains, water works and water mains that service her town; without the policing that should protect her life and limb, property (however meagre), person and dignity as an equal citizen of India; she cannot function effectively. Thus, while in the short run, access to basic facilities such as health, education, clean drinking water, etc. impacts directly on welfare, in the longer run, it determines economic opportunities for the future. Without access to these services one cannot be considered to have equality of opportunity.” One cannot state it better.

Market-based reforms, requisite for increasing growth, don’t automatically mean income opportunities for the poor and the backward, since there can be differential access in physical infrastructure, social infrastructure, the financial sector and law and order, with biases based on gender and ethnicity sometimes complicating matters.

This is one of India’s most serious policy challenges. One interpretation of disparities is in terms of personal distributions of income. A second in terms of disparities across collective identities like caste, class, gender or religion seem. And yet a third is geographical. The rural/urban divide seems to offer an imperfect understanding of what is happening in India today, although the divides are fundamentally geographical and spatial. To state the obvious, India is a large and heterogeneous country. There are wide divergences in development and in deprivation.

In understanding India’s development, especially after the 1991 reforms, one often tends to often use a North-South framework, since the traditionally backward regions generally tend to be in the North. This North-South dichotomy is a trifle too simplistic, as is the East-West dichotomy, with a dividing line vertically drawn between Kanpur and Chennai, regions to the West of this line performing better than regions to the right. Indeed, the use of State boundaries to facilitate our understanding is itself somewhat flawed, since development and deprivation do not follow such administrative distinctions. However, there is an in-built bias in favour of using States, since data problems are easier to handle then. Data problems become more difficult to overcome, if one thinks of India’s regions, or even districts and villages.

Of India’s 600 districts, around 100 are truly backward, by any objective criterion. The National Food for Work Programme had a list of 150 backward districts, the Rashtriya Sama Vikas Yojana (RSVY) increased the number to 167 and the National Rural Employment Guarantee Act originally had a list of 200 backward districts. Most of these backward districts are geographically contiguous and are also associated with violent movements. Similarly, out of India’s 600,000 villages, around 125,000 are truly backward. If one considers these backward districts, one notices that these are generally concentrated in Central India, extending eastwards, and going all the way up to the North-East, thus reinforcing the earlier impression. India cannot prosper if significant sections of India continue to be bypassed and marginalised.

The inherent assumption in the 11th Plan quotes mentioned above is that these are areas characterised by market failure. Ipso facto, public sector provisioning is required. That’s a debatable proposition and market failure is by no means axiomatic. India now is considerably different from the India of the 1950s. Consequently, the assumption that the areas mentioned represent public goods is also not valid. They can be merit goods, warranting subsidisation. But they are fundamentally individual, or at best collective, private goods. Can one, therefore, delink public sector financing from private sector provisioning? Does the apparent market failure exist because government licensing and control policies create artificial barriers to entry? And if public sector provisioning are the answer, what about efficiency, transparency and accountability?

The Economic Survey rightly argues the following. “It has been variously argued that the government at the cutting-edge level, where it interfaces with individuals and economic agents, is the most important constraint on raising and sustaining the growth rate of the economy. As substantial resources, both public and private, are being mobilised to fuel the growth of the economy and make it more inclusive in character, there is a legitimate concern that every bit of the public effort should count and yield better results. There is a need to strengthen the accountability mechanisms in the public domain and give them teeth. The enactment of the Right to Information Act at the Centre and in many states has bridged a critical gap in the public decision-making process, ushering in greater accountability of the public servants. This move towards greater transparency and right to access public information has been greatly aided by developments in information technology and e-governance….There is also a need to strengthen the project monitoring and evaluation system for public programmes and linking the performance and feedback with subsequent allocations of resources and continuation of programmes.”

“There is a legitimate concern that every bit of the public effort should count and yield better results. There is a need to strengthen the accountability mechanis ms in the public domain and give them teeth.”

This is indeed the stuff of governance. The expression “governance” has now become a buzzword. Indeed, any definition of governance is contingent on what role one expects the State to assume. How do we ensure improvements in governance? Do we have to wait for income and literacy levels to increase or are there other ways? There is a great deal of variation across States. There is also a great deal of cynicism about the three main organs of State, the executive, the legislature and the judiciary. But if the three organs of State are to deliver, or deliver better, countervailing force has to be exerted by civil society. And the catalyst for civil society action or civil society pressure invariably has to come from the successful sections, who are more educated and more literate, and also more aware of their rights.

Today, administrative reforms are required to ensure better delivery of governance. However, administrative reforms are often interpreted as civil service reforms, although they should be much more than civil service reform. The broader agenda of administrative law reform involves two kinds of relationships that can overlap – dealings between the citizen and the government and dealings between an enterprise and the government. The latter can again be divided into three phases of an enterprise’s existence – entry, functioning and exit. The former involves birth certificates, death certificates, land titles, assorted requirements of establishing one’s own identity and issues connected with accessing public services. For both the citizen and the entrepreneur, the years since 1991 have witnessed the exertion of countervailing pressure, documenting corruption and inadequate delivery of services, even if this countervailing pressure tends to be located in certain geographical parts of the country. These have questioned not only executive inaction through public interest litigation (PIL), but also the inefficiency and leakage in government expenditure.

On the entrepreneurial side, countervailing pressure, highlighting constraints to efficient decision-making through discretionary subordinate legislation, have been highlighted in reports brought out by larger chambers of commerce and industry like FICCI, CII and ASSOCHAM.

At the Central government level, the Fifth Central Pay Commission (1997) also flagged the need to make government more citizen and business friendly. And also in 1997, there was a Conference of Chief Ministers on Effective and Responsive Administration. In 1995, Finance Ministry sought to introduce reform measures in different Central Ministries and government departments. In 1997, this was followed by an exercise started at the initiative of the Prime Minister’s Office. Reportedly, 43 Ministries and government departments identified administrative law (and statutory law) where simplification, rationalisation and harmonisation are possible. There is no report card on the extent to which these recommendations were implemented.

The Action Plan, emerging from the afore-mentioned Chief Minister’s Conference, focused on three areas where administrative law reform was important – (a) making administration accountable and citizen friendly; (b) ensuring transparency and right to information; and (c) tackling corruption and motivating the civil services. There is also a Central government identification of departments where the citizen interface is the most. The intention behind this identification was to increasingly resort to e-governance. While this was a Central government list, many of the issues concern State governments and even local bodies. Indeed, the citizen’s interface with the government is often at the local body level. At the State government level, reform initiatives have varied across States and have also sometimes been a function of the extent to which donor agencies have pushed governance reform. While few States may have set up Law Commissions, the track record on setting up Commissions or Task Force on administrative reforms is better. But, the implementation varies widely from State to State. And we have already alluded to e-governance initiatives earlier. Notwithstanding these isolated successes, one doesn’t form the impression that implementation of administrative reforms has snowballed and acquired sufficient momentum.