The digital divide is a challenge of both access and the ability to effectively use information and communications technologies. Thus, inclusion can no longer just be seen as having a device and a connection. A report by Team Inclusion 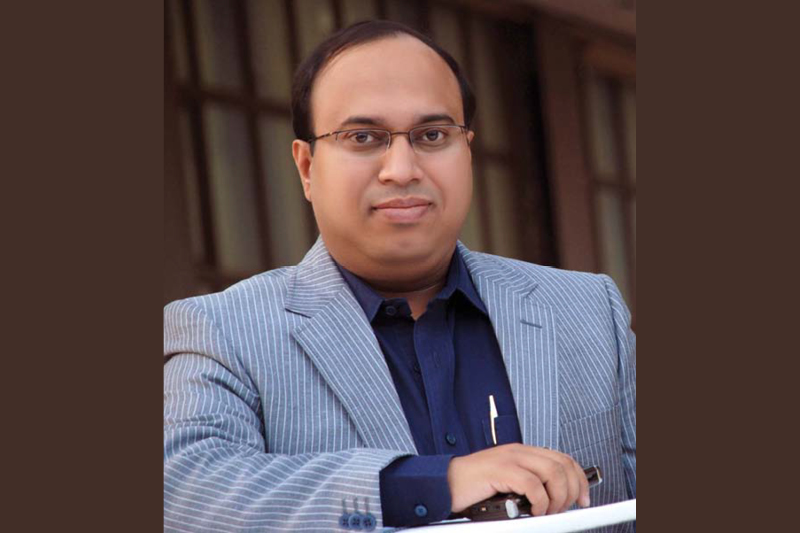 Micro-insurance has become a buzzword today, reaching out in ways not imagined earlier to the financially excluded. It has helped create awareness about savings and security-based instruments even amongst the not-so-literate and the financially weak. But this was not always the case even though over 60 per cent of the country’s population operates out of segments that have hitherto been beyond the reach of insurance companies. The reasons were varied: logistical difficulties, poor paying capacity of the people or the operational structure of the financial institutions which rendered operations economically unfeasible or the quantum of investment was very low value-wise.

“The approach in launching this scheme was a bottoms-up approach, i.e., the rural poor. This was a market that leading FMCG, consumer durables and other companies have just begun targeting in the hope of adding incremental volumes to their businesses, while insurance companies were yet to realise its potential.”

What was also not understood was that such insurance could help enable financial inclusion of these excluded communities, something that has been on the agenda of all governments. What was also not understood that micro-insurance, is different from insurance in general as it is a low value product, which requires different design and distribution strategies such as premium based on community risk rating (as opposed to individual risk rating), active involvement of an intermediate agency representing the excluded communities and so forth. Understanding the necessity to reach out to this vast uncovered population, which no insurance company, both public and private sector, had thought to serve in a structured way, Bajaj Allianz Life Insurance sought to create a revolution by covering a huge, geographically widespread mass, educating people on the need for personal security and saving avenues. Motivating it were these stark facts:

A joint venture between Bajaj Finserv and the Munich-headquartered Allianz SE, Bajaj Allianz pioneered the introduction of insurance linked financial inclusion by launching a savings linked insurance solution in April 2008. Its scheme, Swayam Shakti Suraksha, was the first-ever solution launched by a life insurance company in the country for this particular segment. Extensive research was conducted to understand customer requirements and the entire process of design, development and implemen-tation for the scheme was completed in only 45 days. The result: the company is optimistic of achieving a total of 10 million customers by March 2011 for its product, making it a landmark achievement not only in India but across other countries where such initiatives are pursued, including South East Asia, Latin America and Africa.

The approach in launching this scheme was a bottoms-up approach, i.e., the rural poor. This was a market that leading FMCG, consumer durables and other companies have just begun targeting in the hope of adding incremental volumes to their businesses, while insurance companies were yet to realise its potential. The challenge here was to convert a consumer, who could not even afford to buy a chocolate for Rs 2 or a shampoo for 50 paise, into a client for an Insurance policy requiring a good amount of premium and cumbersome documentation. This was also the chunk of our population, who were either hovering on or were below the poverty line, a segment just a notch below that banks and Insurance companies were already catering to.

“Understanding the necessity to reach out to this vast uncovered population, which no insurance company, both public and private sector, had thought to serve in a structured way, Bajaj Allianz Life Insurance sought to create a revolution by covering a huge, geographically widespread mass, educating people on the need for personal security and saving avenues.”

The task was daunting. Consider this: how does one convert for a 35-year-old woman, with two children running a vegetable vending business in village like Soro in Orissa, which few people know about, to become our client? There reasons why she would not become a client included irregular income and wafer-thin disposable income; her semi-literacy and lack of knowledge of financial products; complex documentation; inability to lock in money for a long period due to emergency needs; no bank or post office account; and the intimidating prospect of having to go to an office to deposit premiums or to collect refunds.

The challenges to evolve a scheme that catered to such excluded section of the population were huge. These included:

The solution that Bajaj Allianz India came up with was the result of an extensive study of the dust-laden tracks of rural India and it took the form of the Sarva Shakti Suraksha (SSS). This is a unique endowment plans on a group platform to provide the benefits of life insurance and savings combined to the financially excluded population. The scheme, which comes with easy to understand features, is a financial inclusion product in the real sense, as it seeks to bring the common man under the ambit of life insurance for the first time. The company has succeeded in creating an attractive risk pool and today its scheme comes with low premiums, enabling it successfully cross-sell micro-credit and insurance.

There are several firsts credited to this product. The scheme does away with the cumbersome application form and requires no documentation. Furthermore,

Currently, the solution is distributed through a rural mix of distributors, including micro-financial institutions, regional rural banks, co-operatives, societies and associations. There are also plans to offer this product to other segments such as milk federations, and talks are underway with various public sector companies to integrate this product across their inclusion mandates in different States. The reason why such a unique mix of distributors is being used to popularise the scheme is simple: opening up branches or having a direct sales force was cost prohibitive.

All along, Bajaj Allianz was clear that the best way to reach this untapped segment for its unique product was through self-help groups, non-banking financial companies and micro-finance institutions In fact, one of the leading partners in its venture to distribute this product is SKS Microfinance, one of the country’s largest micro-finance institutions, which has helped make this need-based, mass-customised product successful.

A major challenge that Bajaj Allianz overcame in distributing this product was on educating prospective clients on the importance and benefits of Insurance. This was aided by our service-at-the-doorstep policy. In fact, it was probable for the first time in Indian insurance history that a sales officer became the single point of contact for a customer’s service needs, one who was available to them almost on demand. It was this single point of contact, which educated and helped a claimant to prepare documents for claims and initiated the process of claims. This was probably the first end-to-end solution provided to all its customers by an insurance company in the country. Aiding Bajaj Allianz company in this is its countrywide network, connected through the latest technology for quick communication and response in over 200 towns; from Surat to Siliguri and Jammu to Thiruvananthapuram, all offices are interconnected with the head office in Pune.

More importantly, this is probably the first micro-insurance scheme in the country that has been able to tie-up with regional rural banks to financially include the excluded. Given its simple documentation, affordable premiums, and lack of procedural procedures, the Sarva Shakti Suraksha scheme was able to tap customers of these banks, who otherwise had been avoiding such personal and financial security coverage avenues. The over-the-counter offering from Bajaj Allianz has been such a success that within a year, it has been able to enrol 300,000 customers from the RRBs alone.

Today, Bajaj Allianz is seeking to launch newer variants of the scheme, including single premium options, a child variant and a never-before conceived unit-linked plan offering consumers the benefits of investing in capital markets with premiums as low as Rs 500 per year.