Nelson Mandela couldn’t have been more apt even in today’s environment. Fifteen years later, the Prime Minister’s observations are in a similar vein, if only focusing on India in particular. The rapid march of technology innovations in the 20th century has not only enhanced communication means but the advent of the Internet and World Wide Web have also had a dramatic effect on how people communicate, paving the way for what is referred to as the information-based society. 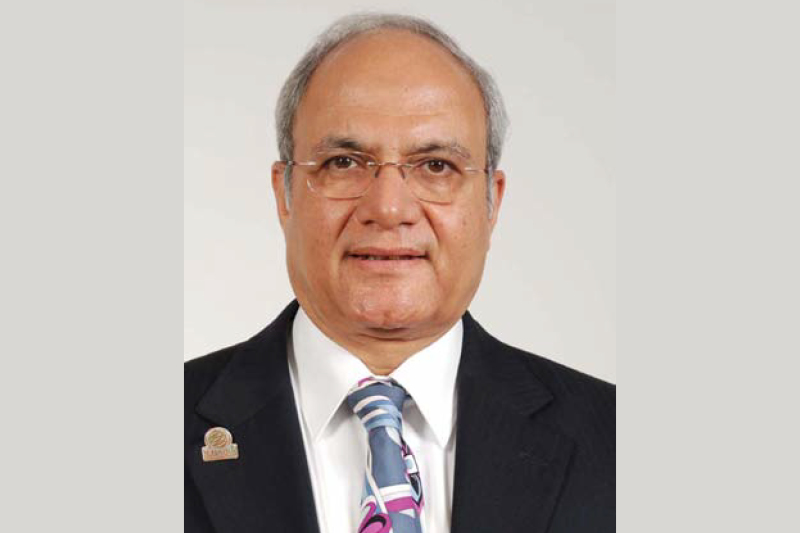 Nelson Mandela couldn’t have been more apt even in today’s environment. Fifteen years later, the Prime Minister’s observations are in a similar vein, if only focusing on India in particular. The rapid march of technology innovations in the 20th century has not only enhanced communication means but the advent of the Internet and World Wide Web have also had a dramatic effect on how people communicate, paving the way for what is referred to as the information-based society.

It’s not surprising then, that by 2012 end, one in every four households in the world will be wired to the Net, touching a total subscriber base of 499 million, according to IT research firm Gartner’s estimates.

But there is a serious flipside to this – growing reliance on information and communication technologies (ICT) is increasingly excluding the digitally excluded from public services, working life and society itself, thus creating yet another division in this world already divided by geographies, race, creed, colour and finances — a digital divide.

Digital Divide and its Effects

Simply put, ‘digital divide’ is defined as the gap between persons who have access to ICT and the tools to use it effectively and those who do not, resulting in imbalances in access to technology as well as skills needed to compete in modern day’s highly competitive environment. And like so many other services, ICT penetration fails to reach the most vulnerable and disadvantaged across the world, alienating them further.

Another key aspect of the digital divide is the global digital divide, reflecting, and increasing, the existing economic divisions in the world. Countries with limited Internet penetration are not able to provide wholesome education to their citizens and are thus slipping further in a globalised economy.

“While celebrating the growth and substantial achievement of the telecom sector in India, it is important to be conscious on the large digital divide that exists in our country.” —Manmohan Singh, 2009 “In the twenty-first century, the capacity to communicate will almost certainly be a key human right. Eliminating the distinction between the information-rich and information-poor is also critical to eliminating economic and other inequalities between North and South, and to improve the life of all humanity.”

And it’s not only about common good. From an economic perspective too, economists are making strong links between ICT use and innovation, and increased productivity and competition.

A recent study published by UK Online Research Centre found that the cost of dealing with the 1.3 million most disadvantaged people is a staggering £44,538 per person or £57.9 billion a year.

A 2006 study assigned by the US Department of Commerce to researchers from MIT and Carnegie Mellon University concluded that broadband access “does enhance economic growth and performance” and communities with access to broadband experienced faster growth in employment and getting businesses from 1998 to 2002.

“Like so many other services, ICT penetration fails to reach the most vulnerable and disadvantaged across the world, alienating them further – many people are yet to have access to telephones let alone Internet. Rural teledensity is abysmally low, at just 8 per cent, and a JuxtConsult report pegs India’s rural Internet usage at just 5 million.”

A similar study by the International Telecommunications Union (ITU) has found that lack of affordable broadband access in the US undermines the competitiveness of its workforce. Not surprising then, rolling out broadband and putting more computers in schools prominently figured in President Obama’s first massive economic recovery package announced in January this year. The stimulus included $7.2-billion funding for broadband projects.

With the spiralling number of Internet users and unbundling of more Net-enabled applications, unreliable dial-up connections have given way to the demand for speedier connections with much higher data rates. Governments across the world have widely acknowledged broadband accessibility as an imperative for long-term economic growth. Apart from providing public services like e-governance and e-learning, broadband has opened up new avenues for growth, helping economies become, and remain, highly competitive.

Broadband access is now vital to new jobs and other opportunities. Internet has become so significant that neglecting it would leave an economy vulnerable in a changing market with its direct impact on GDP too. According to the World Bank, a 10 per cent increase in broadband connection results in a 1.3 per cent increase in real per capita GDP.

Increased access to computers and Internet is expected to push China’s per capita GDP to $18,000 in 2015 from $8,000 in 2005. Broadband penetration is the growth engine for emerging South Asian economies like South Korea and Singapore, and even the erstwhile European backbenchers – the East Europe countries. The secret of inclusive growth of countries like Denmark, Sweden, Switzerland and Finland also lies in effective broadband penetration.

Incidentally, Denmark leads in broadband penetration with 37.2 per 100 inhabitants, according to the latest OECD report on web connections. The Netherlands, Norway, Switzerland and Iceland make up the top 5, followed by Sweden, Korea and Finland, who maintain their lead with broadband penetration well above the OECD average, each surpassing the 30-subscribers-per-100-inhabitants threshold. US comes a distant 15 in the December 2008 survey.

Increased Internet penetration across the country — in both urban and rural India – is an imperative. Such a move will only help the second fastest growing economy in the world connect to its vast and varied population, bringing even those in the hinterlands to the mainstream.

Realising the significance, the National Taskforce on IT & Software Development had suggested that the government encourage the establishment of Internet Service Providers (ISPs) to provide access to network-based services in even the most remote locations.

More recently, the task force on digital inclusion in Jharkhand suggested “mainstreaming ICT in research, development, education, extension and training” of the agricultural sector for sustainability, while calling for significant measures for “digital inclusion for fostering rural prosperity and grassroots development”.

The reasons are not difficult to fathom: In addition to connecting Bharat to India, increased Internet penetration will also go towards effective governance and help in areas like agriculture, health, education, banking… the scope is vast.

To put behind its current laggard show and realise its full potential, the highest contributing sector in the country’s GDP has to make appropriate use of information technology for efficient resource use. Besides technically skilled manpower, the need of the hour is agricultural informatics and communication, empowering farmers with digital networks, strengthening the agricultural marketing information system and capacity building for agricultural marketing and support services through human resources development.

Studies have shown broadband access benefits both consumers and healthcare providers with faster access to healthcare information, improves communication between doctors and patients, besides speedy online delivery of results and requests.

Net connectivity would go a long way in connecting rural/far-off schools and colleges to main cities and education establishments, help in e-learning initiatives and networking libraries. Only 10 per cent of schools in the country have personal computers at present, and broadband access is near zero. Digital inclusion, in addition to providing computer education for students, would also help teachers learn how best to use technology to improve classroom teaching. ICT-assisted learning is known to not only stimulate learning but also found to be related to academic achievement at higher levels.

The road to India’s development goes through its villages. There is no way a nation can grow by ignoring two-thirds of its population.

The existing infrastructure in the country results in an unequal flow of communication between people. The constantly evolving ICT landscape has not been able to include the vast rural majority — many people are yet to have access to telephones let alone Internet. Rural teledensity is abysmally low, at just 8 per cent, and a JuxtConsult report pegs India’s rural Internet usage at just 5 million.

However, with effective deployment of network, millions of people could be of brought into education-fold, helping create jobs for an estimated 21 million rural citizens over the next five years.

“The existing infrastructure is inadequate to connect rural areas and many small towns in urban India, requiring immediate laying down of high-speed fibre across the country. This needs high investments to the tune of around Rs 17,000 crore. The government must treat broadband connectivity not merely as a necessity but as a national priority, vital for maintaining its growth trajectory.”

High-speed Internet connectivity could make rural BPOs a feasible option, providing employment to the local population. This will also discourage the current migration trends of the rural populace to cities in search of work, reduce their dependency on agriculture, and contribute towards inclusive growth.

But India still has a long way to go – both in terms of numbers as well as quality and pricing. A TRAI estimate for the quarter ended June 2009 put India’s broadband connections at 6.62 million, far short of the regulator’s target of achieving 20 million subscribers by 2010. In terms of Internet speed, India is way down at 115 among the nations studied recently by Akamai Technologies. India’s average connection speed was measured at 772 Kbps against the global average of 1.5 Mbps. The numbers are failing to pick up because of poor Internet connectivity. Even in well-connected urban areas, unsatisfactory quality and high costs are a hindrance.

However, the scene is not all gloomy. According to Analyst firm Futuresource Consulting, India is the country to watch out for over the next four years. “With one of the lowest household penetration rates for fixed broadband at the moment, at just over 2 per cent or 5 million subscribers, the market is projected to grow five-fold by 2013, to almost 25 million lines,” it says. The CII-IMRB report estimates the number to touch 214 million by 2014.

Further, the existing infrastructure is inadequate to connect rural areas and many small towns in urban India, requiring immediate laying down of high-speed fibre across the country. This needs high investments to the tune of around Rs 17,000 crore. In the US, the Obama Administration has earmarked $7.2 billion to enhance broadband connectivity. China has earmarked $50 billion for this year to push its broadband user base to 100 million by 2009 end. The South Korean government subsidised broadband to achieve 93 per cent penetration. Similar efforts are on in Australia. In India too, the government must treat broadband connectivity not merely as a necessity but as a national priority, vital for maintaining its growth trajectory.