Indian financial markets have made significant contribution to speedy economic development post-1990 reforms. The robust regulatory infrastructure and gradual adoption of best practices have added depth to these markets and gradual implementation of IOSCO principles has made these markets transparent, efficient and well integrated with the domestic market. As a vibrant segment of the financial markets, the debt market – comprising of primary as well as secondary market for G-Secs and Corporate debt – is an important agent for resource allocation in the economy. 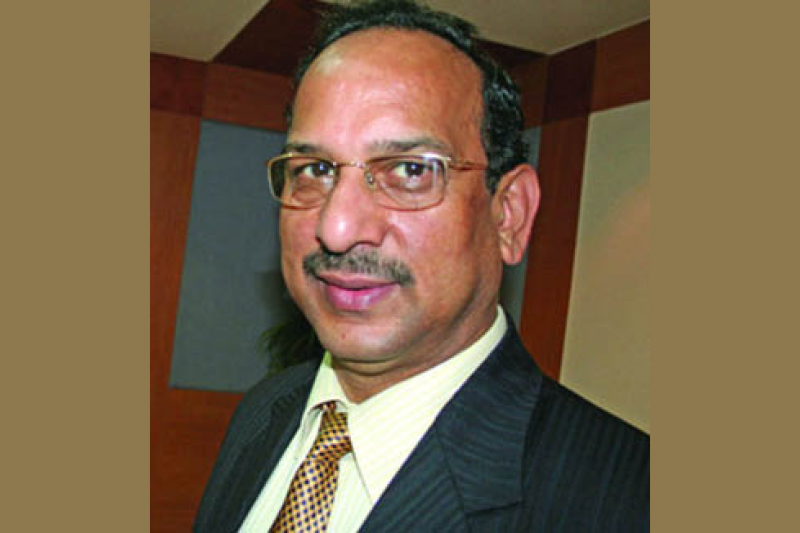 Indian financial markets have made significant contribution to speedy economic development post-1990 reforms. The robust regulatory infrastructure and gradual adoption of best practices have added depth to these markets and gradual implementation of IOSCO principles has made these markets transparent, efficient and well integrated with the domestic market. As a vibrant segment of the financial markets, the debt market – comprising of primary as well as secondary market for G-Secs and Corporate debt – is an important agent for resource allocation in the economy.

Following the reforms initiated since 1991 in moving to market based price discovery, widening of investor base and establishment of electronic trading and settlement infrastructure, the G-Sec market has developed significantly, with the turnover on G-Secs increasing to Rs 29,570.70 billion during 2007-08 from Rs 17709.80 billion during the previous year. The holding pattern of G-Secs, which despite being open to individuals remains largely a wholesale market. The major share of the outstanding G-Secs is held by the commercial Banks, followed by LIC, others and RBI.

The Centre’s deficit is expected to reach 6.5 per cent as a combined effect of lower tax receipts and increased expenditure on welfare programmes, etc. To part finance the fiscal deficit, the government has embarked on a heavy borrowing programme during the current fiscal at Rs 3,617.82 billion as against Rs 2,050 billion during the last fiscal. The market fears that the borrowings could surge higher than planned in the interim budget to Rs 4,000 billion approximately despite sizeable redemptions, which are falling due. This is evident from the total Government borrowings in

April and May 2009 exceeding those in the April and May 2008 by 82 per cent. Despite heavy borrowings, the yield on the benchmark 10-year government bond is keeping low at around 6.5 per cent–7.5 per cent because there have been heavy investments. Banks have invested around 26 per cent of their aggregate deposits against the statutory minimum of 24 per cent of DTL, as per section 24 (2A) of the Banking Regulation Act 1949. The aggregate deposits of the SCBs as of March 2009 were at Rs 38,303.22 billion achieving a y-o-y growth of 19.8 per cent and are estimated to grow further at over 18 per cent during the current fiscal. Due to the downturn, credit has not picked up despite lower interest rates and large liquidity in the system due to the accommodative policy stance of RBI.

Under these circumstances, the SCBs have the easier option to deploy their surplus funds by investing in securities. The credit-deposit ratio has steadily come down from 72.32 as at March 2009 to 69.42 as on June 5, 2009, whereas, the investment –deposit ratio during the same period grew from 30.43 to 32.10 with the bulk of bank investments going into government securities. G-Secs accounted for 98.63 per cent share of the investment portfolio of SCBs as of June 5. In addition, LIC has also earmarked an investment of Rs 620 billion in G-Secs.

At present, comfortable liquidity conditions prevail as a result of expansionary monetary stance of the RBI and availability of surplus funds with the SCBs on account of aggregate deposit maintaining nearly 20 per cent growth and credit growth remaining subdued. Under these conditions, the bulk of SCBs’ investments shall continue to be made in G-Secs, which should have led to lower G-Sec yield. However, yields have moved up due to large government borrowings to the tune of Rs 150 billion per week Inflation remains critical even though the WPI-based inflation for the week ended June 13 stood at negative 1.14 per cent. It was negative only due to high base effect, i.e., 11.80 per cent during the corresponding week of the previous year. This high base effect itself is expected to wear-off in the coming weeks. Further, within WPI, primary articles having a weight of 22.02 per cent actually rose by 0.1 per cent and manufactured products having a weight of 63.75 per cent rose by 1.0 per cent during June 13, 2009.

Likewise, CPI-based inflation for urban non-manual employees for April rose by 8.8 per cent over April 2008. Crude oil has started hardening and there is a perception that commodity prices too have bottomed out. All this can lead to inflation moving up and have an adverse impact on G-Sec yields.

The Committee on Financial Sector Assessment, under the chairmanship of Rakesh Mohan, the then Deputy Governor of Reserve Bank of India, in its report had suggested the following measures for development of the corporate bonds market : Corporate bonds could be made repo-able in a phased manner. To begin with, it may be permitted for AAA-rated corporate bonds only and subsequently be extended to other highly rated bonds (AA and above).

On the monetary side, the RBI may have to revisit its stance to keep a check on inflationary tendencies. Also, in the coming weeks, credit is expected to pick up due to the impending busy season requirements and quick estimates of IIP indicating a recovery. Under these conditions, liquidity is expected to come under pressure and the heavy government borrowings programme is expected to send the yield curve northwards.

Corporate bonds represent the relatively less traded segment of the debt market. The collapse of Lehman Brothers led to a drying up of funds for corporates and brought into focus the less than expected growth and vibrancy of the corporate bond market – both primary and secondary. Following the global financial crisis, demand for bank credit has increased as other sources of finance for corporates have dried up. Ability of corporates to raise funds via high profile instruments, such as GDRs, and private equity has fallen steeply from the peak in 2007. Similarly, the ability of the commercial banks to meet the requirement of corporates is severely restricted on account of limitation of asset-liability mismatches.

Despite corporate India coming of age, the funds raised via fresh issue of bonds during the first two months of the current fiscal were 31 per cent less than the amount raised during the corresponding period of the previous year. The rates peaked during October 2008 at a maximum of 24 per cent following the financial crisis but have moderated since then, indicating improvement in liquidity and return of investor confidence. As regards the secondary market, trading data of corporate bonds reveals interesting patterns. As on March 2009, both the number and amount of trades grew, with the amount of trade increasing by over 54 per cent. During 2008-09, the amount traded on the BSE decreased by over 7.5 per cent, whereas that on the NSE increased by 57.39 per cent. The trades reported on FIMMDA platform too have increased during 2008-09 by 162 per  cent over 2008-09.

As a vibrant segment of the financial markets, the debt  market–both for G-Secs and  corporates bonds – is an i mportant agent for resource allocation in the economy.

Consolidation of all trades reported on different platforms can be disseminated through SEBI or any other centralised agency to enhance transparency.

Expediting development of hedging instruments like credit default swaps can be considered. To enhance liquidity in credit default swap markets, shorting within specified limits for banks and primary dealers can be allowed taking into account recent developments in international financial markets.