True decentralization to local governments broadly follows a certain paradigm of inter governmental design. One has to start by giving them a clearly defined functional space comprising of powers and responsibilities in which no other agencies function. This has to be followed by assigning to them financial sources that match the range of functions and responsibilities devolved upon them. Third, a strong accountability framework has to be put in place for people to hold their local governments to account in case they fail to perform their responsibilities. When these fundamental design elements are in place, there is a strong incentive for local governments to acquire the capacity for effective performance, be it the staff, the infrastructure or an IT network. 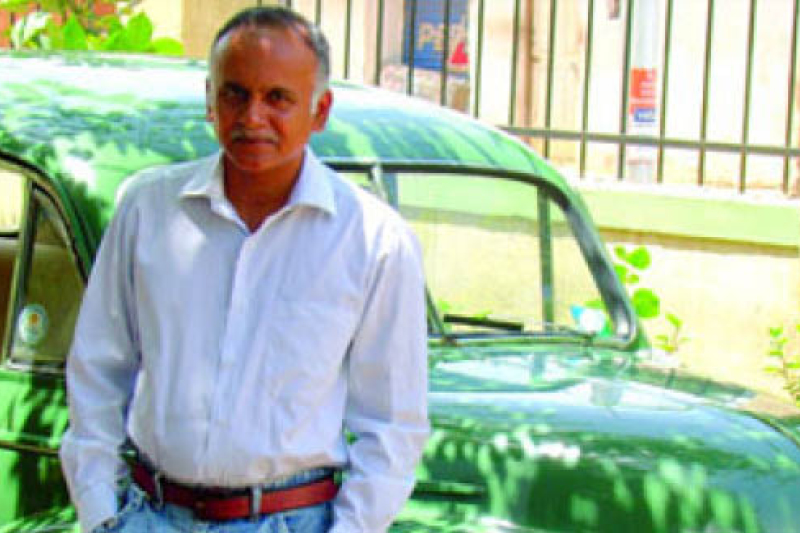 True decentralization to local governments broadly follows a certain paradigm of inter governmental design. One has to start by giving them a clearly defined functional space comprising of powers and responsibilities in which no other agencies function. This has to be followed by assigning to them financial sources that match the range of functions and responsibilities devolved upon them. Third, a strong accountability framework has to be put in place for people to hold their local governments to account in case they fail to perform their responsibilities. When these fundamental design elements are in place, there is a strong incentive for local governments to acquire the capacity for effective performance, be it the staff, the infrastructure or an IT network.

However, in India, we are far from achieving this arrangement in spirit. Our local governments are strictly hemmed in by government directions; they are dependent upon doles from above packaged in the form of rigid schemes and have very little discretion in exercising powers that are formally devolved upon them in paper. There is still a stifling licence raj in place in the development sphere!

Our effort in empowering local governments has been patchy over the past fifteen years. Remarkable success, ignored by the media, has been achieved in political empowerment. Today, more than 3.2 million elected representatives are in place in Panchayats and Nagarpalikas across the country. Of these 37 percent are women, nearly 1.2 million of them. While these women continue to be scoffed at and treated with condescension, there is no doubt that even the most silent of them is making an emphatic statement that the power balance is shifting. We do not celebrate either the success of the politics of ‘presence’ that womens’ reservation has achieved nor the individual achievements of countless of them against severe local odds and prejudice. Today, the fact that  the Lok Sabha has the maximum ever number of women representatives is perhaps due to the increasing comfort that the electorate has with women in positions of power, a situation for which reservations in local governments should be given credit.

If one truly empowers local governments and holds them accountable for their newly earned responsibilities, they will have an incentive to define and seek out the capacity support they need

However, we have a long way to go in providing local governments with the right financial assignments, so as to incentivise them to assume their rightful role as local governments. There is a feeling that the entrustment of schemes such as NREGA to the Panchayats has empowered them. However, such conclusions are premature. Most such schemes still remain officially directed and local governments are positioned as nothing better than obedient agents. Quite often, there is a severe time lag in providing them the staff and other capacity required for implementing NREGA and yet, social auditors, in collaboration with higher level officials are quick to blame the Panchayats when something goes wrong, and conversely take credit for everything that goes right!

Given that most funds given to Panchayats are tied to schemes, there is very little flexibility for local planning. Consequently, there has been no pressure on higher level governments to provide to the Panchayats staff and institutional support for undertaking local planning and technical support for implementation.

There is a need to utilize fully the potential of panchayats to raise taxes. In Several states, this is a neglected aspect of Panchayat empowerment. Unfortunately too many simplifications and wrong assumptions are made by policy makers, including the widespread ones that Panchayats are disinterested in collection of taxes, that the poor would suffer and that this is politically inadvisable. On the other hand, there are a slew of good practices emerging where Panchayats on their own have collected taxes. There is a need to concentrate our energies on this vital area of Panchayat finances. States need to create an enabling environment for Panchayat taxation. Champions within the Panchayat system could be used as roving consultants to help design state specific solutions to improve Panchayat level taxes.

Quite often, the lack of capacity of Panchayats is cited as the reason for not devolving any powers or responsibilities to them. However, this is a red herring. If one truly empowers local governments and holds them accountable for their newly earned responsibilities, they will have an incentive to define and seek out the capacity support they need. Capacity building then becomes demand driven. Thus, devolution itself becomes a trigger for accelerating capacity building. In fact, real devolution could quickly expose the reality that higher governments and departments themselves have themselves limited capacity to perform; not to speak of low capacity to deliver capacity to the Panchayats, in the form of training, technical support and staff.

Once the idea of demand driven capacity building for local governments kicks in, huge opportunities would open up for a new kind of PPP, namely, private-panchayat partnerships. This paradigm is that Panchayats represent a market for capacity building services, driven as they are to perform their entrusted responsibilities, by an engaged and powerful civil society supported citizenry.  In such a scenario, the substantial financial allocations now available for capacity building of PRIs could be put to effective use by a host of capacity building service providers, vying for their attention and thereby incentivised to provide relevant and high quality advice and implementation support.

While these principles and theories are well known, the real question on the ground is whether we are prepared to take a leap of faith and invest in true decentralization. If we are, how well are we going to manage the transition? In this respect, there are clearly worked out steps, if only we are willing to take them. The key trigger is to undertake activity mapping, which is the attribution of activities within a sphere of responsibility to different levels of local governments based upon the principle of subsidiarity. The next step is to rejig the fiscal transfer system to match the activities entrusted to each level of Panchayat. This would require the reduction and rationalization of schematic transfers, provision of more untied funds and a release and expenditure tracking system that ensures that funds are not parked or diverted on their way to the Panchayats. Finally, one has to strengthen accountability processes. While social audit gives good sound and visual bytes, it must not deteriorate to vengeful witchhunting. Instituting a local body Ombudsman to whom citizens can have recourse for acts of omission and commission of local governments, could be a far more effective, though low profile solution.

In this process of transfer of power from higher levels to local government and the attendant political negotiation, IT can have immense value as a value neutral agent. While higher level governments could use IT to dis-intermediate local governments from certain kinds of service delivery, it could also be used by the people and their local governments to enforce transparency upon higher levels of governments. Recently, the C&AG expressed his concern at the huge amount of central funds that are trapped in the pipeline of implementation. The current system where releases from the government of India are actually accounted as expenditure is a serious flaw in fiscal accountability, which ought not to be tolerated any longer. Similarly, the reckoning of final expenditure on a district wise basis does not incentivise individual panchayats to perform well. Using a robust IT enabled accounting system and tracking releases and expenditures of funds at all levels from the centre to the Gram panchayat, there would be huge efficiency gains in terms of just in time releases of funds.

What is required for bringing about these fundamental and far reaching changes, that, in the words of the Prime Minister, can unlock the potential of 700 million people? Essentially, nothing more than a change in mindset of higher level governments, particularly of their bureaucracies, to the whole grand vision of decentralization. Bureaucrats have always inwardly scoffed at the value of democracy; yet there is nothing more valuable for a country struggling to erase years of poverty and discrimination. We officers have been hesitating at the brink of true decentralization for a long while now. In 1993, a few brave souls suggested the first steps of economic reform in India. While there were many who predicted that this would lead to doomsday, others were willing to take a leap of faith. We need to do the same with empowering of local governments; for long, we have kept them leashed, and fobbed them off with political promises, but not given them their entitled share of the country’s financial pie.

The time has come to look at local governments as the biggest opportunity for rapid poverty eradication, and not as a liability. District administrations led by six hundred odd collectors have strived for sixty years to rid this country of poverty. The result is that today, we have more poor people in India than there were Indians in 1947. We do not have more time. Let us back the local governments in the true sense of the term, as empowered partners in development and not as our obedient slaves. We need to facilitate and not to compete with them. Let us dismantle the licence raj for development.