By N A Mujumdar 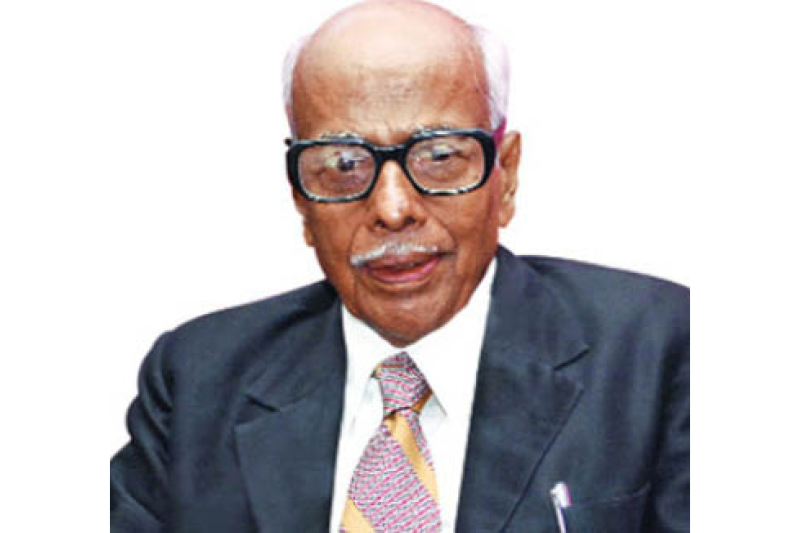 The publication in 1955 of the Theory of Economic Growth by Arther Lewis became a classic in what later emerged as the discipline of development economics. This pioneering work was regarded as belonging to the same genre as Adam Smith’s “Wealth of Nations”. Of course, growth is central to achieving a number of development objectives, including poverty reduction. In the subsequent 55 years or so, we have built up a mountain of literature on growth and development. One wonders whether we are any wiser today in terms of offering a workable blueprint of growth and development to a developing country, than what we were in the mid-1950s. But one thing is clear. As Peter de Haan puts it: “The study of development economics provides the student with aesthetic pleasure. For instance, the neo-classical growth model and the subsequent improvements do indeed arouse aesthetic enthusiasm…” (“Development in Hindsight” by Peter de Haan). He doubts whether increasing sophistication of growth models and emergence of a new breed of development workers linked to aid disbursement has contributed substantially “to the promotion of growth and eradication of poverty in poor countries”. No doubt these tomes of research and reports, including the present “Growth Report”, have facilitated a better understanding of the process of development. But this understanding has, alas, not led us to effectively tackle the problem of poverty.

Erudition is no substitute for practical policy. In the final analysis, poverty and hunger are an affront to any civilised society. How does one explain then, the alarming increase in hunger worldwide? FAO estimates that the number of under-nourished at 923 million in 2007 was higher by 80 million than the figure in 1990-92, the base period for the World Food Summit hunger reduction target. “This makes the task of bringing the number of undernourished to 420 million by 2015 more difficult, especially in an environment of high food prices and uncertain global economic prospects” (The State of Food Insecurity in the World, 2008, FAO).

Market fundamentalism based on the notion that markets are self-correcting, allocate resources efficiently and serve the public interest well, has collapsed with the collapse of American capitalism

Furthermore, have the more recent events overtaken development economics? The collapse of the American capitalism in 2008 is as traumatic as the collapse of communist Russia in 1991. It has changed dramatically the development policy-making landscape. Market fundamentalism based on the notion that markets are self-correcting, allocate resources efficiently and serve the public interest well, has collapsed. The so-called “Washington Consensus” in favour of privatisation and liberalisation, and independent central bank, focusing on the single-point agenda of controlling inflation, now stands stripped of its sanctimonious robe.

The Commission on Growth and Development, sponsored by, among others, the World Bank, started working on the theme in April 2006 and submitted its report in June 2008. The Commission, comprised of 19 well-known leaders, mostly from developing countries, and experienced government and business leaders. It included two Nobel Laureates in Economics, Robert Solow and Michael Spence, with the latter chairing the Commission. From India, there was Montek Singh Ahluwalia. The Commission held 12 workshops on a wide range of policy issues relating to growth and development. More than 300 distinguished academicians presented papers. Of course, the report bears the imprint of the World Bank philosophy, because Danny Leipzir of the World Bank was the Vice-Chair of the Commission. In his preface, the Chair, Michael Spence, claims: “There is perhaps for the first time in history a reasonable chance of transforming the quality of life and creative opportunities for the vast majority of humanity. This report is an attempt to increase the likelihood that the hope becomes a reality.” Judging by the main recommendations emerging from the report, this appears to be a tall claim. This is not to deny the report provides useful insights into the development process, especially to Indian contemporary policy-makers.

The Commission’s main recommendations stem from an investigation into the empirical experiences of 13 economies, which recorded an average annual GDP growth of 7 per cent for 25 years or longer, since 1950. These countries were: Botswana, Brazil, China, Hong Kong, Indonesia, Japan, The Republic of Korea, Malaysia, Malta, Oman, Singapore, Taiwan, and Thailand. The Commission said that two other countries–India and Vietnam–were on their way to joining this group.

These success stories demonstrate that fast and sustained growth is possible. At this pace of expansion, an economy almost doubles in size every decade. The Commission rejects the view that these are “economic miracles”. When Japan grew at this pace, some critics dubbed it as a special case, propelled by post-war recovery. When the four East Asian tigers–Hong Kong, Taiwan, Singapore and Korea — matched it, some critics said that it was possible because they were so small. When China surpassed them, critics said that it was only possible because China was so big. The Commission believes that there are perfectly rational explanations for these success stories.

Distilling the empirical experiences of these 13 countries, the Commission comes up with five essential ingredients for fast and sustained growth: (i) these countries fully exploited the world economy; (ii) they maintained macroeconomic stability; (iii) they mustered high rates of saving and investment; (iv) they let markets allocate resources; and (v) they had committed, credible, and capable governments.

So far so good. Can these ingredients help us to draw up blueprints for growth and development of other poor countries? “But it is hard to know how to replicate these characteristics,” the report reveals. That is the tragedy of development economics. The Commission admits that there is no generic formula for growth. “Each country has specific characteristics and historical experiences that must be reflected in its growth story”. Indian policy-makers in the post-1990s phase were soaked in the market theology of IMF-World Bank and tried to mimic the American capitalist model. This was reflected in some financial sector reforms and in the obsession with privatisation. The Commission itself cautions that: “governments in the high-growth economies were not free-market purists.” Both the high-profile reformers whether it is the Narasimham Committee, which submitted its Report in 1998, or the Raghuram Rajan Committee of 2008 advocate privatisation of public sector banks. In the global financial conflagration that took place when the major private sector icons of commercial banks, investment banks, mortgage houses and insurance giants collapsed both in America and Europe, the Indian financial system, dominated by public sector, stood rock-like. It is to the credit of Indian public sector banks that they were able to blend successfully the objectives of social banking with the market philosophy of optimising profitability.

The tragedy of development economics is — as the the Commission on Growth and Development sponsored by, among others, the World Bank, admits — that there is no generic formula for growth

Take another example of our over-zealous attempt, in the post-1990s phase, to propitiate foreign capital, both in terms of foreign direct investment (FDI) and portfolio investment. The Growth Commission is categorical on the issue. “But capital inflows over the past several decades have a mixed record. Our view is that foreign saving is an imperfect substitute for domestic saving, including public saving, to finance the investment a booming economy requires.”

If India’s growth story continues to be intact, despite the global financial mess, it is because India has emerged as a high saving economy, with gross domestic savings of 34 per cent of the GDP. Investment as a percentage of the GDP increased from 25 per cent in 2002-03 to 38 per cent in 2007-08. Of this, 10 percentage points increase was financed domestically through higher household, public sector and corporate savings. It is high time contemporary policy-makers begin paying more attention to raise domestic savings.

Some market theologists, including the World Bank, have been highly critical of the employment provided under NREGA. The “Growth Report” provides the rationale for such schemes. “Governments should also establish social safety nets, which provide a source of income to people between jobs, and ensure uninterrupted access to basic services. These policies are both ethical and practical. Without them popular support for a growth strategy will quickly erode”. On the whole, the “Growth Report” provides useful insights into formulating development policies. This is a defining moment in the history of world economic thought.

In more recent years, the Indian policy makers were soaked in the market theology of the World Bank and IMF and there was the danger that they could become “free market purists”. This is reflected particularly in the proposals for the financial sector reforms. Now there is a need for introspection. The lessons derived from the collapse of the American capitalist system and the useful insights provided by this “Growth Report” should assist in the process of introspection.