The Indian economy has done well in the recent past. The average rate of growth in the last five years has been 8.5 per cent. Between 2005-06 and 2007-08, the annual growth rate exceeded 9 per cent. However, growth slowed down to 6.7 per cent in 2008-09 primarily due to external factors. The growth rate in 2009-10 is likely to remain at this level. Even as we address the immediate problems, we must keep in mind the medium and long-term goals, and the constraints that need to be overcome in order to achieve these goals. 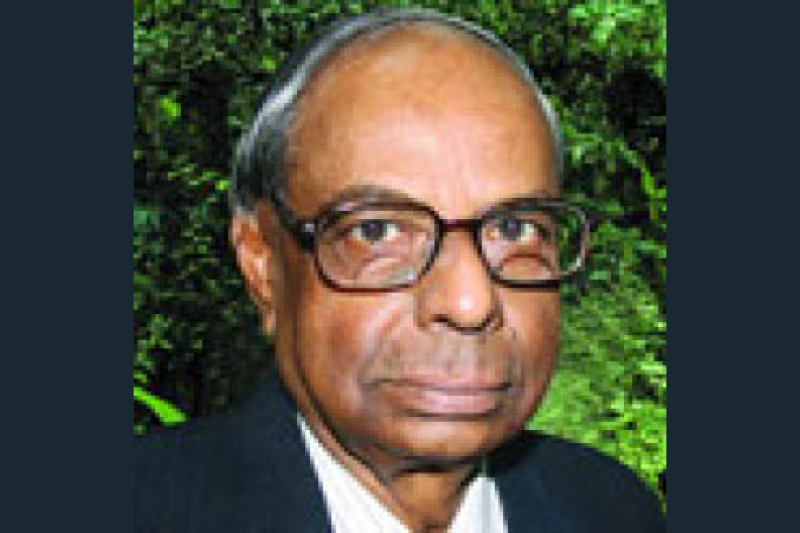 The Indian economy has done well in the recent past. The average rate of growth in the last five years has been 8.5 per cent. Between 2005-06 and 2007-08, the annual growth rate exceeded 9 per cent. However, growth slowed down to 6.7 per cent in 2008-09 primarily due to external factors. The growth rate in 2009-10 is likely to remain at this level. Even as we address the immediate problems, we must keep in mind the medium and long-term goals, and the constraints that need to be overcome in order to achieve these goals.

Economic Reforms – Break with the Past

The break with the past came in three important directions. The first was the dismantling of the complex regime of licenses, permits and controls that dictated almost every facet of production and distribution–what to produce, where to produce, how to produce and how much to produce. An entrepreneur now has greater freedom to decide. The second change was to reverse the bias towards State ownership of means of production and proliferation of public sector enterprises in almost every sphere. Areas once reserved have been thrown open to private enterprise. The final change in direction was to abandon our inward looking trade policy. This elusive, and in hindsight ill-advised, quest for self-sufficiency was driven by the belief that there was a value to minimising external dependence and producing what we needed ourselves, even if it meant high costs and low efficiency. By embracing global trade, India signalled that it was abandoning its export pessimism and was accepting the challenge and opportunity of integrating with the world economy.

That the content and process of our reforms are on the right track is vindicated by the performance of the economy since they were started. Between 1981-82 and 1990-91, i.e., the decades before the reforms, the economy grew at 5.6 per cent per annum on an average. The year 1991-92 was an outlier because of the balance of payments crisis and should therefore be omitted for the purpose of discerning trends. In fact, there is every justification for including it in the pre-reform period because it was also a culmination of the policies pursued previously. The effect of the reforms should be judged starting with the economy’s performance in 1992-93. Between 1992-93 and 2007-08, the economy grew at 6.8 per cent on a compound average annual basis, a significant improvement over the pre-reform record.

There are many imperatives on the way forward. We need to sustain the present rate of growth, if not accelerate it. We need to translate growth into poverty reduction. In other words, we need to generate poverty reducing growth, i.e., growth to which the poor contribute and from which the poor benefit. We need to expand employment opportunities and improve productivity across all sectors. We need to narrow economic disparities across and within states without compromising on efficiency. We need to improve on social indicators too; India still ranks a low 128 in the UNDP’s Human Development Index. The agenda for achieving growth and poverty reduction is thus formidable.

Six Challenges on the Way Forward

If we have to sustain the high rate of growth and, in fact, accelerate it to higher levels, and translate such growth into broad-based poverty reduction, we must address some important challenges. The most important challenges warranting priority attention are:

First, we need to step up the growth rate of the agriculture sector. We have come a long way from the chronic food shortages and occasional famines that marked our pre-Independence and immediate post-Independence history. That we have achieved near self-sufficiency is a remarkable achievement. We now need to ensure that food production, more particularly cereal production, keeps pace with the increase in population and income. It is a sad fact that our agriculture is characterised by low productivity, both of land and labour. The most critical problems are low yields and the inability of farmers to exploit advantages of the market because of the lack of infrastructure. Clearly, we need to modernise and diversify our agriculture sector by improving both the forward and backward linkages. These will include better credit delivery, investment in irrigation and rural infrastructure, improved cropping and farming techniques, and development of the food processing industry and cold chains. Agricultural growth is critical for expanding employment, generating broad-based growth and sustained poverty reduction.

Infrastructure Development: The second critical constraint to growth is the infrastructure deficit, particularly in power. Our infrastructure needs are large because of the demand generated by economic growth, rise in population, rapid urbanisation as well as the need for making up the accumulated backlog. Provision of infrastructure was once considered to be the exclusive responsibility of the State.

However, advances in technology, which have made unbundling possible, as well as innovative financial products have changed the characteristics of infrastructure provision, making both private sector participation as well as competition possible. In order to mobilise the necessary resources and build quality infrastructure, we need to put in place appropriate legal, regulatory and administrative frameworks to attract domestic and foreign investment.We also need to address issues of pricing and cost recovery, with subsidies where required being made transparent and explicit. This, in turn, will require the establishment of credible regulation for ensuring fair competition across public and private operators, and for protecting consumer interest, public safety and environmental integrity. Efficient and speedy implementation of projects is critical in all spheres but more so in infrastructure.

Building Social Infrastructure: The third important challenge is investment in social infrastructure, particularly primary education and health. There are any number of studies that establish a positive correlation between levels of poverty and indicators of health and education. We need to spend more on these areas. But we also need to spend more efficiently because better education and health are a function not just of the quantum of expenditure but also of its quality.

The fourth critical challenge is fiscal consolidation, which is a necessary pre-requisite for sustained growth. The negative consequences of excessive fiscal deficits are the standard fare of textbook economics as also the staple of the current debate. In India, we have long been conscious of the need for fiscal adjustment, both at the Centre and in the states. After much debate, the Centre enacted the Fiscal Responsibility and Budget Management (FRBM) Act, taking upon itself the obligation of reducing fiscal deficit to 3 per cent of the GDP and completely eliminating revenue deficit by 2008-09. In response to the incentives provided by the Twelfth Finance Commission, several states too enacted such fiscal responsibility legislations.

In 2008-09, faced with a severe decline in aggregate demand because of the international financial crisis, the Government increased its expenditures, providing a fiscal stimulus to the economy.  As a consequence, the fiscal deficit for 2008-09 is estimated at 6 per cent of the GDP – 3 per cent above the FRBM target. It is quite likely that the fiscal deficit for 2009-10 will also be of this order. In the context of the situation in which the economy was placed, such a high level of fiscal deficit may be justified. However, such fiscal deficit is not sustainable over an extended period. As the economy recovers, this fiscal deficit will have to be brought down. It is best to treat the FRBM target as an cyclical average, so that over the cycle, the target is achieved.

Next on the list is the challenge of globalisation. This has been a contentious issue and a topic of often-acrimonious debate as also high profile protests. Globalisation, defined as the free movement of goods, services, ideas and people across borders, is here to stay.  No revolution has been totally benign.

So is the case with globalisation, which comes with its costs and benefits. We cannot wish away globalisation, nor can we shut our doors and remain indifferent. The only option is to manage globalisation in such a way so as to maximise the benefits and minimise the costs. Consider, for example, our headstart in the knowledge economy. We got off the block here because of our superior technical manpower. But other countries are fast catching up and our comparative advantage will be threatened unless we stay continuously ahead of the curve in terms of technical sophistication and competence levels. More than any other developing country, India is in a position to wrest significant gains from globalisation.  Even as we make efforts to modify international trading arrangements to take care of the special needs of developing countries, we must identify and strengthen our dynamic comparative advantages.

Identifying the above-mentioned challenges and drawing up plans to address them is the relatively easy part. What is infinitely more difficult is the translation of those policies into action. That brings us to the sixth and final challenge that we need to confront: the issue of governance.

What is good governance? As per textbook definition, good governance is the manner in which the authority of the State is exercised in the management of a country’s economic and social resources for maximising welfare. In the ultimate analysis, it is the quality of governance that separates success and failure in economic development. Across countries, application of the same policies in roughly similar contexts has produced dramatically different results. In India too, we have seen vast differences across States in outcomes arising from the same mix of development policies. These differences arise because of differences in governance. Indeed research shows that per capita incomes and the quality of governance are strongly correlated, indicating a virtuous circle in which good governance results in economic development.

In the final analysis, what is the model of economic growth that is appropriate for India? Development has many dimensions.  Economic growth is only one aspect. Nevertheless, accelerated economic growth is a necessary condition for achieving many other dimensions of development that ensures equality of opportunities. However, equality of opportunities does not necessarily guarantee equalities in incomes. With some people good at converting opportunities into income and others not being so, different individuals will end up with different levels of income. That is why it is necessary to assure everyone a minimum level of living along with equality of opportunities. Every person must have his or her basic needs—access to services, such as food, education, healthcare and shelter—met. And, without sacrificing these goals, the economy must be efficient. It is only an efficient economy that can generate surpluses necessary to meet socio-economic goals.

We, therefore, need to stress simultaneously on economic development in the conventional sense of accelerating the growth rate as well as securing for everyone their basic needs. The two have a mutually interacting beneficial impact.

These are the two legs on which the country must walk. Any strategy, which ignores any one leg, will only make the country limp along.  Growth and equity should not be posed as opposing considerations. They must be weaved together to produce a coherent pattern. Therein lies the challenge of development.