Of Being Accountable to the People

In the last decade-and-a-half that India has successfully embraced reforms, a curious problem has haunted the country and vexed its policy-makers: India’s excellent growth has had little impact on its social indicators and India is likely to miss achieving the Millennium Development Goals in respect of health, nutrition, sanitation and gender. This clearly suggests failure of government programmes and delivery. There are disturbing indications that gener inequalities in critical human development indicators like life expectancy, health and employment have either remained stagnant or increased. 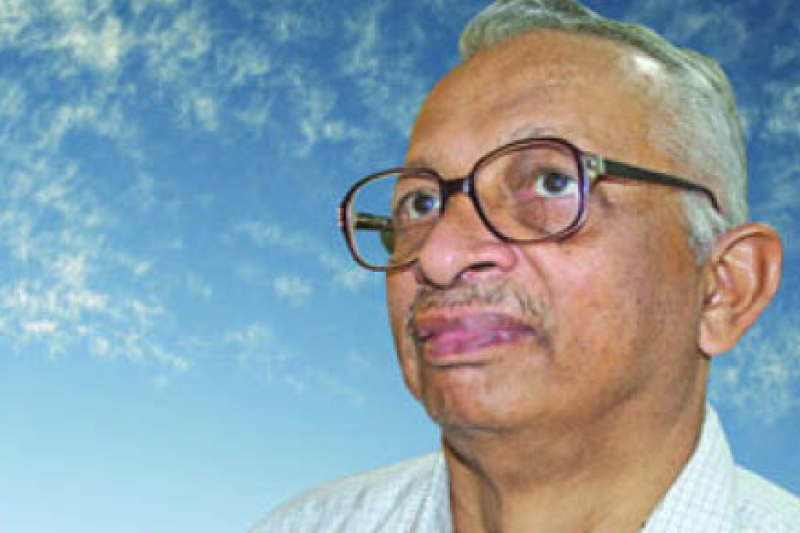 In the last decade-and-a-half that India has successfully embraced reforms, a curious problem has haunted the country and vexed its policy-makers: India’s excellent growth has had little impact on its social indicators and India is likely to miss achieving the Millennium Development Goals in respect of health, nutrition, sanitation and gender. This clearly suggests failure of government programmes and delivery. There are disturbing indications that gener inequalities in critical human development indicators like life expectancy, health and employment have either remained stagnant or increased.

It is not the size of allocations on pro-poor services alone that matters. The central government transfers thousands of billions of rupees every year to the states. If even half of it was to be sent to the 60 million poor families, directly by money order, they would receive more than Rs 70 a day! It proves that public expenditure needs to be effectively translated into public goods and services that reach the poor for it to have an impact on poverty and social outcomes. Unfortunately, different kinds of distortions can come in the way of resource allocations reaching the intended

beneficiaries. There is enough evidence to show that government’s capacity to deliver has declined over the years due to rising indiscipline and a growing belief, widely shared among the political and bureaucratic elite, that the state is an arena where public office is to be used for private ends. Weak governance, manifesting itself in poor service delivery, excessive regulation and wasteful public expenditure is one of the key factors impinging on the development and social indicators.

In a well-functioning democracy, the political process will ideally find answers to governance problems, but this is not happening in India. The political system in many states is accountable not to the people but to those who are behind  individual MLAs; these are often contractors, mafia, corrupt bureaucrats and manipulators, who have made money by using the political system and are therefore interested in the continuation of chaos and patronage-based administration.

The state resources are the most valued prize for both politicians and their constituencies, which leads to a client-patron relationship between the holders of state power and those seeking favours. Patronage is controlled by individuals, not established institutions bound to follow set procedures. Where power is highly personalised and weakly institutionalised, the decision-making process is replaced by arbitrary and behind-the-scene transactions. When the fence starts eating the field, there is little chance of development reaching the poor.

The development and sharpening of the human mind and creating useful knowledge inside it, must be the hallmark of education at every stage.

In almost all states, people see the bureaucracy as wooden, disinterested in public welfare and corrupt. Bright men and women join the civil services, but adverse work environment, constant political interference, meaningless transfers and corruption leads to the death of idealism, and encourages them too to misuse authority. Greed, and not need, is the driving force for graft amongst civil servants.

A high degree of professionalism ought to be the dominant characteristic of a modern bureaucracy. Presently, there is no incentive for a young civil servant to acquire knowledge or improve skills. An important factor which contributes to the surrender of senior officers before political masters is the total lack of any market value and lack of alternative employment potential.

Over the years, whatever little virtues the civil services possessed – integrity, political neutrality, courage and high morale – are showing signs of decay. Many civil servants are deeply involved in partisan politics. This is understandable, though unfortunate, because between expression of the will of the state (represented by politicians) and the execution of that will (through the administrators) there cannot be any long-term dichotomy. In the long run, administrative and political values have to coincide.

If power is abused, or exercised in weak or improper ways, those with the least power — the poor — are most likely to suffer. For instance, teachers need to be present and effective at their jobs, just as doctors and nurses need to provide the care that patients need. But they are often mired in a system where the incentives for effective service delivery are weak and political patronage is a way of life. Highly-trained doctors seldom wish to serve in remote rural areas. Since the shirkers are rarely monitored, the penalties for not being at work are low..

Although many civil servants hold the view that it is the nature of politics which largely determines the nature of the civil service and the ends to which it will be put, and therefore civil service reforms cannot succeed in isolation, causation is also in the other direction. Non-performing administration leaves little choice to the politicians but to resort to populist rhetoric and sectarian strategies.

Who will Initiate Reforms?

The vicious cycle of distortions in politics leading to bureaucratic apathy (and vice versa), and both resulting in poor governance can be set right by taking a number of simultaneous measures. A discussion on political and electoral reforms though absolutely vital, is outside the scope of this paper. However, many states in India, especially the poorer ones, have lost the dynamism and capacity to undertake reforms on their own without any external pressure. These states are ruled by people who understand power, patronage, transfers, money, coercion and crime. The language of professionalism, goal orientation, transparency, building up of institutions, and peoples’ empowerment is totally alien to them. In these states, neither politics nor the administration has the capacity for self-correction, and therefore only external pressure can coerce them to take hard decisions. In the Indian situation (where foreign donors provide very little aid to the states as compared with what is provided by the Centre), this can come only from the Centre, backed by strong civil society action.

As already stated, the Centre transfers roughly Rs 3,000 billion (this amount does not include subsidies, such as on food, kerosene, and fertilisers) annually to the states, but very little of it is linked with performance and good delivery. Often incentives work in the other direction. For instance, the Finance Commission gives gap-filling grants so that revenue deficit of the states at the end of the period of five years becomes zero. Thus, if a state has been irresponsible and has ended up with a huge revenue deficit, it is likely to get a larger gap-filling grant. In other words, the Commission rewards profligacy.

The concept of good governance needs to be translated into a quantifiable annual index on the basis of certain agreed indicators, such as infant mortality rate, extent of immunisation, literacy rate for women, sex ratio, feeding programmes for children, availability of safe drinking water supply, electrification of rural households, rural and urban unemployment, percentage of girls married below 18 years, percentage of villages not connected by all weather roads, number of class I government officials prosecuted and convicted for corruption, and so on. Some universally accepted criteria for good budgetary practices may also be included in the index. Once these figures are publicised, states may get into a competitive mode towards improving their score. Central transfers should be linked to such an index. States should be divided into three categories, those whose per capita income is below the national average, those where it is above the national average, and the special category states (such as the north-east and hill states). The advantage of this categorisation, which already exists in the Planning Commission, is that poorer states like Orissa will not be competing with better off states like Tamil Nadu.

‘Outward accountability’, therefore, is essential for greater responsiveness to the needs of the public and thus to improve service quality. Departments such as the police and revenue, which have more dealings with the people, should be assessed once in three years by an independent commission, consisting of professionals such as journalists, retired judges, academicians, activists, NGOs and even retired government servants. These should look at their policies and performance, and suggest constructive steps for their improvement. At present, the systems of inspection are elaborate but often preclude the possibility of a ‘fresh look’ as they are totally governmental and rigid. The system should be made more open so that the civil service can gain from the expertise of outsiders in the mode of donor agency evaluations of projects.

Shift from Input Controls to Monitoring of Outcomes

Most secretaries, both at the central and state level, are not prepared to accept the reality of poor service delivery, lest they and their ministers are taken to task in Parliament/Assemblies. Thus, vested interest develops from top to bottom in hiding the reality and resorting to bogus reporting. In UP, the number of fully immunised children that is being reported by the state government is almost cent percent, but independent surveys put the figure of fully immunised children at less than 30 per cent! The President gave awards to village panchayats that reported 100 per cent use of toilets, but a recent survey showed only 65 per cent toilets were functional.

The CAG audit focuses mainly on financial irregularities and while systems or performance appraisals are carried out, these fall short of management audits and do not indicate how management can be strengthened. Also, physical inspection is rarely undertaken. CAG should involve social scientists and professional experts in auditing programmes. All departments and Ministries should publish in their annual reports action taken on CAG’s findings in the last two years.

The government should introduce social audit by assessing the experience of the people. With community participation, the evidence should be collected from stakeholders, so as to promote accountability, equity, effectiveness and value for money. Such an audit will supplement conventional audit and will often provide leads to it.

A pliable and unskilled civil service is actually desirable from its point of view; public employees dependent on a regime’s discretionary largesse are forced to become corrupt, cannot quit their jobs and reluctantly become the regime’s accomplices. Providing financial assistance to such states without linking it with performance and reforms will be a waste of resources. In all other cases, reform is manageable, albeit difficult, complex, and slow.