Every citizen dreams of a nation which is true, beautiful and egalitarian. When Mahatma Gandhi wrote India of my Dreams in 1947, he dreamt of an India that was beautiful and inspiring. Today, 62 years after Independence, India is a true democratic beacon. While we have progressed as a nation in the last few decades, we are still grappling with significant issues such as poverty and deep-rooted corruption. 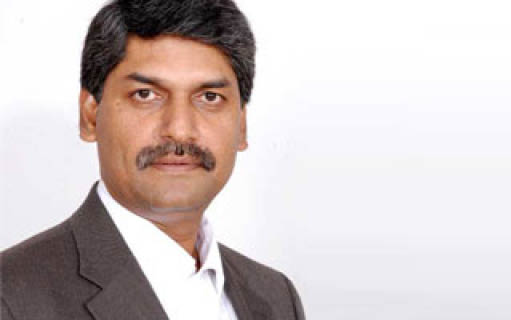 Every citizen dreams of a nation which is true, beautiful and egalitarian. When Mahatma Gandhi wrote India of my Dreams in 1947, he dreamt of an India that was beautiful and inspiring. Today, 62 years after Independence, India is a true democratic beacon. While we have progressed as a nation in the last few decades, we are still grappling with significant issues such as poverty and deep-rooted corruption.

I dream of India as a nation that is prosperous, healthy, secure and developed. So, here comes my wish list, a few simple things which will go a long way in making things easy and systematic for people and carve a sustainable growth path.

Education for the Masses

Mass education designed for the industrial age meets the needs of neither the pre-industrial village nor the post-industrial future. Education in India has to be totally re-conceptualised. Today, technology offers educators a tool for customising education to meet the needs of diverse cultures, small groups and even individuals. We are approaching a time when we can provide connectivity in every village at a very low cost. Yet, the inequitable access to information and communication technologies (ICT) has led to a digital divide not only in deveoping countries but globally as well.

Although India has made encouraging efforts to bridge the gap by initiating a number of projects and programmes, a lot more needs to be done to bring all the people into the information society. All that is required is strong determination among the people, good policy-makers and strong political support. Openness has always been a powerful force for progress. Open technologies are seen as the key to social, educational and economic growth and greater digital inclusion. The development of IT and open source brings new demands and new challenges to higher education and high-end talent cultivation while at the same time bringing in new opportunities.

In India, there is a growing trend towards urbanisation. Haphazard construction and lack of planned civic amenities often cause great inconvenience to the population. In this context, it is important to follow systematic urban planning and proper urban governance. Every citizen should have access to basic services and livable habitats. Civic amenities such as water, electricity, sanitation and transport, should be efficiently managed. It also requires healthcare systems that address issues of nutrition while providing medical care. India needs a coherent and sustainable plan that addresses the healthcare needs of the masses.

For any country or state to progress, every government must be mandated with the objective of economic growth, social inclusion, cohesion and stability. While increased participation of the labour force enhances economic growth, it does not necessarily enhance the standards of living. An effort must be made by the authorities to enable the people at the bottom of the pyramid to meet their aspirations.

The government must liaison with various stakeholders to make sure that every citizen receives basic education, training, skills and opportunities they need to take part in the workforce and contribute to the quality of life in their communities. Special schemes and platforms must be created to support an array of activities, such as increasing employability skills, providing work experience and preparing individuals for self-employment. The government should be committed to break down barriers that prevent citizens from reaching their full potential with a wide range of effective policies, programmes and services, and help people achieve economic independence rather than offering government sops.

Law and order is the backbone of any organised society. A recent article says that India averages only 142 policemen per 100,000 populace when the UN standard is 222. If we were to extrapolate it to a billion plus population, we have a deficit of 800,000 policemen. It is, therefore, a pressing issue that needs to be taken care of on a priority basis.

Modernising the police department by procuring better weapons and modern gadgets is the need of the hour. Not just internal law and order, even our external security in terms of counter terror measures must be strengthened.

Protection to women is yet another issue. The shocking spate of recent attacks on women in Bangalore and Mangalore threaten to destroy the social fabric of our so-called educated urban society. If this is any indication of the menace against urban women, then it leaves a lot to be answered on the protection for rural women. The need of the hour is special helplines for women. More importantly, women have to be empowered to stand up for themselves; for their rights and protection.

Corruption is everyone’s favourite grouse against the government, its stranglehold exists across all the states of the country. Consider these statistics from Transparency International and Times Research:

Partly the blame lies with us as it we who contribute to and encourage corruption. The onus, therefore, is today on each one of us to try and reduce corruption. The government on its part can tighten the existing laws on corruption and take strict punitive action against both the parties involved, but it is we who have to move forward.

India’s rapidly growing economy has been placing huge demands on power networks, roads, railways, ports and transportation systems. But, infrastructure bottlenecks have been eroding the country’s competitiveness. Increase in power generation during the Tenth Plan period fell short of target–when the economy was growing at a rapid 8 per cent a year, power supply grew at only 4 per cent. While the national highway network doubled in size between 1997 and 2007–almost 35,000 km were added during this period–soaring demand has far outstripped supply. While India’s long-term infrastructure goals remain appropriate, issues of implementation need greater attention. In India, creating a world-class infrastructure needs to be a national priority, bringing toge-ther federal and state authorities, and public and private players in a common national enterprise. The availability of a world-class infrastructure can serve as the platform for faster, consistent growth and for India to become a major economic power.

Climate change is the biggest single threat facing our planet and combating it requires everyone’s engagement and participation. In today’s interconnected world, ecology and economics are linked like never before. High fuel prices and concerns about climate change are focusing attention on energy efficiency. Developed countries have started taking various measures to reduce their emissions at all levels, right from schools, universities, colleges to houses, markets, production units, industries and so on.

Today, technology offers educators a tool for customising education to meet the needs of diverse cultures, small groups and even individuals

In India, the government and corporate houses need to work together in promoting eco-awareness. We, as responsible citizens, should aim to inspire to take a leading role in solving this crisis. The best place to start such reform should be schools as they serve as a catalyst. All should come forward to look for ways to expand recycling and raise awareness on waste reduction and its harmful effects. We need to get together, take necessary actions and pave the way for pure and clean surroundings for our future generations.

Steps on all these fronts have already been initiated, and we are definitely headed in the right direction. India is on the brink of a great opportunity. Our trillion dollar economy has more than just caught the fancy of the world. Now our responsibility is to spearhead this so as to put India into the trajectory of super-growth. The government can take this forward with commitment and determination. But the youth, the educated and the corporate world too have a role to play to catalyse this growth.