Govt’s IT Agenda What’s Next?

The Central Government is cognisant of the huge responsibility placed on it to meet the expectations of continued development. Its ‘proposed work agenda’ in its electoral manifesto has now culminated into a 100-day plan – akin to the ‘quarter plan’ that businesses are familiar with. And within this plan, a keen eye on balance appears to be the hallmark – and perhaps the trump card. As outlined, the government has been focused on maintaining the right balance between rural and urban development; economic growth and inclusion; and national security and global standing. 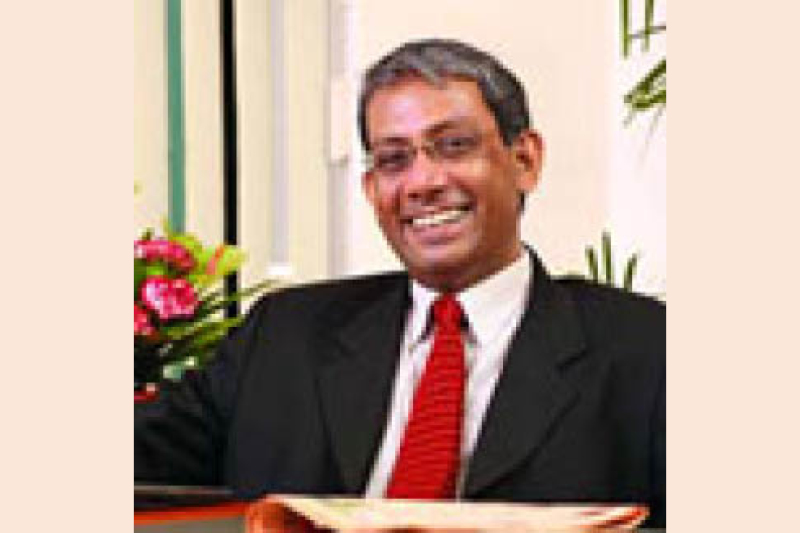 The Central Government is cognisant of the huge responsibility placed on it to meet the expectations of continued development. Its ‘proposed work agenda’ in its electoral manifesto has now culminated into a 100-day plan – akin to the ‘quarter plan’ that businesses are familiar with. And within this plan, a keen eye on balance appears to be the hallmark – and perhaps the trump card. As outlined, the government has been focused on maintaining the right balance between rural and urban development; economic growth and inclusion; and national security and global standing.

There is yet another area, however, that we need to strike a balance in – building hard and soft infrastructure. The focus on traditional forms of physical infrastructure, such as power and roads, balanced with an equally sharp focus on building the right skills to equip us for the future is imperative for the nation to forge ahead.  In order to strike this balance, we need a strong fulcrum — and that is recognising the role information and communication technology (ICT) can play.

Every era finds a symbol for transformation. During the freedom struggle, it was the charkha that galvanised the entire nation. In the present knowledge economy, Professor CK Prahalad believes that it is the personal computer that will lead to empowerment. As far as potential is concerned, the PC is the modern spinning wheel of India, but we have some way to go before it bridges across divides and becomes the ubiquitous symbol of all Indians..

We need to shift from looking at IT as an industry to viewing it as part of the essential infrastructure for development and job creation. A report by the industry body, NASSCOM, titled ‘Information Technology in the Economy of India’, found that IT uptake positively impacts all countries through greater GDP contributions, increased labour productivity and positive network effects. Every rupee invested in the IT capital of a country impacts GDP growth by 2.5-3.5 per cent and labour productivity by 4 per cent. It is surprising, therefore, that we have not focused on IT penetration with greater zest and conviction, because our GDP per hour is less than three-fourths of the average rate in all economies under-invested in IT capital. This is especially worrying in today’s economic scenario.

The figures are stark: PC penetration at 30/1000 people is about a quarter of that of China; Our 6 million broadband connections pale when compared to over 100 million in China; The number of secure servers is lower than those in Bangladesh. India’s rank in the global ICT indices is only in the 30-40 percentile range.

The paradox continues to be seen in India’s success in exporting IT services and the emergence of world-class home-grown IT companies even as it has failed in deploying IT in its own backyard. The prime factors for this low IT usage are accessibility and relevance. If we want India to become a developed nation, we will have to marry technology with business innovation. In fact, IT enablement should be made an integral part of the Government’s common minimum programme, which promises huge spending on education, health, employment guarantee and rural development.  Today’s Government is in that time and space where it can transform this reality and leave a legacy of modern and pervasive IT infrastructure that will serve as India’s backbone for sustained economic growth. The following steps can play a crucial role in setting the wheels of ICT transformation turning in the country.

Increasing the number of PCs and the reach of broadband is the first step to making ICT all pervasive. Priority must be given to connecting universities, colleges, schools, gram panchayats and post offices. Wireless connectivity should be encouraged by releasing additional spectrum and through a flexible licensing regime for broadband service providers to overcome the challenges of the ‘last mile’.

To increase the number of PCs, telecom operators, such as BSNL, must be encouraged to offer an affordable ‘Education PC’ at less than Rs 500 per month that includes a laptop, broadband facility and basic software.  Second, fiscal incentives must be given for the uptake of IT both by industry and households. For instance, 100 per cent depreciation on capital investment in IT and income tax rebates to individuals for acquisition of computers once in three years, subject to a limit of Rs 50,000 and up to Rs  1,000  per month, will encourage the use of broadband.

Creation of an IT literate Workforce by 2015

With the explicit focus today being on outcomes rather than enrolment, it is important to note that the current education system is labour intensive and is subject to vagaries of shortages of teaching staff, infrastructure and funds. Leveraging ICT is the best way the Government can work around this challenge and put its education budget to good use. Instead of only focusing on IT literacy, we must use IT to impart knowledge. For instance, today we have new online learning and blended learning approaches available at low-cost. Rich multimedia curriculum, consisting of text, animations and videos from the best professors in country and interactive simulations, virtual labs and online quizzes, can make a world of difference to aspiring students, especially those from the rural areas.

Used right, ICT has the power of becoming the very lever on which we can transform our common minimum programme into collective maximum performance.

The Government should make universal IT literacy mandatory for 6 million school and college teachers by 2015. The mantra should be ‘one laptop per teacher’ with access to free content on a national teachers’ portal. Second, a time-bound programme must be designed for creating ICT-enabled class rooms in 1 million Indian schools by 2017. Third, acquisition of globally relevant ICT skills must be made mandatory for the 12 million higher secondary students by 2012. A National Digital Literacy programme to make all students ‘digitally’ certified by 2015 and vocational training through ICT enablement should be introduced by 2012 in all ITIs and secondary schools and colleges.

The important role that can be played by ICT is not limited to the development of infrastructure. It also has the potential of playing an equally critical role in other areas, such as national security, healthcare, e-governance and financial inclusion.

This will not only address our security concerns by fighting terrorism and crime, but also bolster e-commerce and citizen services, especially schemes for below poverty line families.

With IT becoming pervasive, our systems and critical assets are becoming increasingly vulnerable to cyber attacks by criminals, terrorists and hostile states. This demonstrates the urgency with which India needs a National Cyber-security Authority. This should be headed by a National Cyber Security Advisor under the Prime Minister’s Office to provide a single point of leadership and authority to protect our critical cyber-infrastructure.

While the National e-Governance Programme is making great progress, a few simple steps can provide it with much-needed fillip. For instance, more visible recognition for the innovative use of technology will encourage adoption of ICT. Online transactions such as tax returns, bill payment and land records could be made mandatory rather than optional. Fiscal incentives such as a 0.5 per cent rebate will go a long way in boosting ICT adoption.

Public-private partnerships can be the best way forward in this regard. The private sector internet ‘cloud’ can be utilised to deliver services affordably and at scale. Here, the IT Act 2000 will have to be amended to balance the powers given to law enforcement agencies to ensure that there is no harassment of legitimate business and hence encourage the establishment of more data centres.

While the Indian healthcare industry is growing at a rapid pace, the vast majority of the poor suffer from a poor standard of healthcare infrastructure. IT can play a significant role in addressing some of the challenges. Currently, telemedicine has had only sporadic success. The government can consider the establishment of a National Telemedicine Mission to drive the delivery of telemedicine in a focused manner. This mission should connect all primary health centres, through a broadband network and appropriate communication and collaboration technologies, to enable delivery of quality services.

IT enablement should be made an integral part of the Govt’s agenda, which promises huge spending on education, health, employment guarantee and rural development.

The second initiative here is the implementation of electronic health records for all BPL families. This will enable cashless access to healthcare facilities and medical insurance,, and also ensure access to the history of the beneficiaries.

Financial inclusion is a major challenge in India where financial literacy is low and more than 90 per cent of employment is in the unorganised sector. Once again, ICT can offer a number of solutions in this regard. Payment gateways and an intermediary layer of service providers can replicate the success of mobile telephony through proliferation of stored value cards for savings and purchase of goods and services. Currently, efforts such as Oxicash, M-check offer these experimental models. Similarly, technology platforms can be used by banks through the banking correspondent model, provided some fundamental policy reforms are undertaken. Usage of IT platforms for individual MFI firms and SHG implementations needs to be expanded. All these efforts need to be suitably supported by an appropriate financial literacy campaign, similar to the national literacy campaign –Sarv Shiksha Abhiyan.

In ways more than one, ICT is the single thread that runs through all aspects of development, stringing together the country’s needs and potential. ICT is the enabler of inclusive growth. You address ICT and you address unemployment, education, healthcare, economic growth and every other factor that defines a developed nation. For India, the stakes are high. If we are able to educate and impart skills to 500 million people by 2020, we will take our place among developed nations.