Gender Budgeting in the context of the ICDS would require that the Budget takes cognizance of each of these factors and ensures corrective mechanisms to translate the phrases such as “inclusion” and “Government is committed to universalisation” that are used by the Finance Minister in his Budget Speech, into outcomes, says Aasha Kapur Mehta 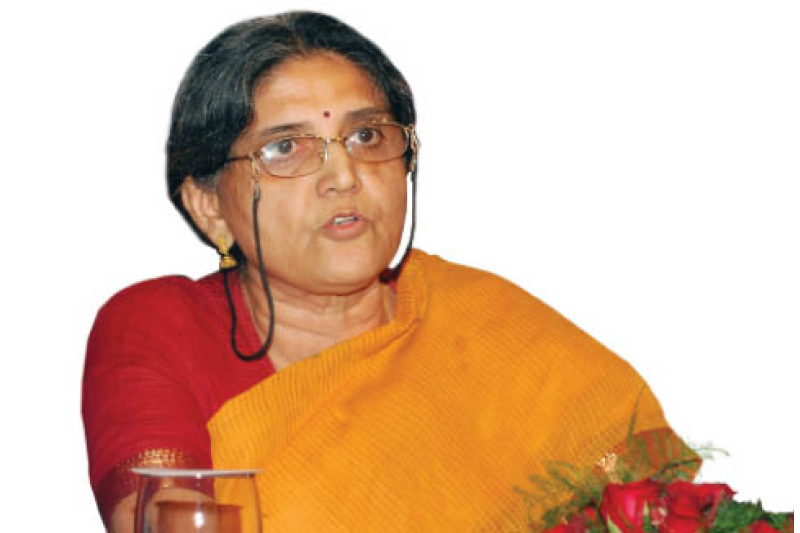 The Union Budget is not just an annual statement of receipts and expenditures. It is an instrument for fulfilling the obligations of the state and a political statement of the priorities set by the government in allocating resources. As Elson1 explains:

Gender Budgets are not separate budgets for women or for men. The purpose is to monitor expenditure, public service delivery and taxation from a gender perspective.2

Gender budgeting is a tool that can be used to ensure that the aggregate national, state, sector, departmental, programme, corporate or any budget is gender sensitive. It is an approach to developing plans in a participatory way, based on identifying priority needs of women as well as men and not just of those with voice. The purpose of Gender Budgeting is to achieve gender-just allocations and outcomes of all public expenditure. This requires identification of needs and priorities of women, especially those who are poor; examination of existing policies, programmes and schemes to determine whether or not they meet these priority needs; corrective reprioritisation of budgetary allocations so that they are adequate for meeting those needs; and taking requisite follow-up actions to ensure that desired outcomes are attained.3

What are women’s priorities in allocating the Household Budget given a budget constraint: Gender Budgeting at the micro or household level4 – Routinely, when women decide how to spend the household budget, however small or large it may be, they give the highest priority to providing nutritious food for the family; health care for family members who are ill; expenditure on education and skills for children; followed by expenditure on necessary clothing, transport etc. Purchasing the essential quantities of food and other necessities requires access to money or purchasing power. This in turn depends on earned income or borrowing or wealth.

Most of us do not have wealth and would prefer not to borrow. In theory, income is a function of returns to the factors of production, land, labour, capital and entrepreneurship or in other words, rent, interest on savings, dividends, profits, etc. However, the income earned by most Indians depends primarily on:

Good health and low mortality rates in turn depend on a large number of factors that include:

Budget priorities at the Macro or National Level viewed through a Gender and Poverty Sensitive Lens given a Budget Constraint: Women’s Priorities in Budget Allocation – Women constitute almost 50 per cent of the population and as equal citizens, women have a right to stake a claim to their entitlements under all categories of public spending and not just token women’s programmes.

As described above, in any budget, however small, women give the highest priority to nutritious food for the family. The objective is good health. Purchasing power is needed to buy food. Purchasing power depends primarily on availability of work or employment opportunities for the able bodied and remuneration or wage or salary for work. Therefore if we determine budget priorities at the macro or national level on the basis of micro household priorities in budget allocation, or if we build macro budget priorities from a gender and poverty sensitive lens, then national priorities must include:

What are the tools that can be used for Gender Budgeting?

Gender Budgeting in any area requires firstly, participatory assessment of the needs of women and men and the extent to which they remain unmet; analysis of sex disaggregated data pertaining to the relevant indicators; gender appraisal of legislation, policies, programmes and expenditure. Where gender-based gaps exist these need to be identified and rectified. Second, the adequacy of the budget allocated to each component of the programme needs to be checked. Subsequently, monitoring is required to see that the money gets spent as intended, in both financial and physical terms. Through impact assessment it is possible to determine improvements in gender equity in the initial situation through the interventions that were made.

Why do we need participatory planning and budgeting?

Because this will ensure that women are involved at the initial planning and decision-making stages of policy formulation and their needs will be taken on board and will determine the direction taken by policy. When playgrounds are planned for children, is the planning participatory? Are children asked what games they would like to play? Are both boys and girls asked this question? Are the constraints to girls using playgrounds identified and addressed? Are women asked where street lights should be installed in the village so that their security concerns are met? Or where the community tubewell or toilet block should be built?

Why does gender budgeting include appraisal of legislation?

Because even the most poverty sensitive of policies and legislations such as the Right to Work, can be gender blind or gender inequitable. For instance, historically, women constituted a large proportion of those who demanded the right to work under the Maharashtra Employment Guarantee Scheme (MEGS). The MGNREGS was patterned on the MEGS and many women have worked on MGNREGS worksites. However, while the MEGS guaranteed the Work on Demand to all adults willing to do unskilled manual work provided they were above 18 years of age and this was available round the year (except for the peak agricultural season), the MGNREGS provides the guarantee at the level of the household and not that of the individual. Therefore, the rights of women get subsumed under those of the household. Subsequently, the Ministry of Women and Child Development intervened and the Act provided that at least one-third of the beneficiaries should be women. However, if Gender Budgeting was a mandatory requirement for all new legislation, programmes and schemes, the right may have been vested in all adult individuals at the time of formulation of the Act.

With 42% of the world’s underweight children and 31% of its stunted children living in India according to IFPRI, 2010, malnourishment in the country is now a global concern

In the context of a programme such as the ICDS, Gender Budgeting would firstly require the identification of the extent of Grade I, II, III and IV malnutrition among girls and boys. The data available on the website of the concerned ministry shows that only half the children weighed in anganwadis were of normal weight. While levels of malnourishment vary between States/UTs, Uttarakhand recorded a shocking 95.64% of children as malnourished. Therefore it is not surprising that India is one of the four countries with the highest prevalence of underweight in children under five. With 42% of the world’s underweight children and 31% of its stunted children living in India according to IFPRI, 2010, this is now a global concern.

Gender Budgeting in the context of the ICDS would require that the Budget takes cognisance of each of these factors and ensure corrective mechanisms to translate the phrases such as “inclusion” and “Government is committed to universalisation” that are used by the Finance Minister in his Budget Speech, into outcomes. Monitoring, evaluation and corrective action based on follow up and feedback would be needed across spatial units to determine changes in malnourishment levels for both girls and boys on a regular basis.

In Budget Speech 2010, the Finance Minister stated that:

“Government is committed to universalisation of the Integrated Child Development Services (ICDS) Scheme in the country. By March 2012, all services under ICDS would be extended, with quality, to every child under the age of six.”

However, juxtaposed against the reality of massive malnutrition, the statement is just words that cannot get converted into action. Such pronouncements are made about a host of “inclusive” schemes with similar results. The ICDS programme cannot deliver the outcomes required of it either for boys or for girls, due to a host of reasons. These include the unsanitary conditions in and lack of regular cleaning of public spaces in slums and jhuggi-jhopris (squatter settlements); poor and unsafe water; lack of funds for basic equipment such as toys, weighing scales, charts, medical kits, mats, stationery, brooms, etc., which are inexpensive but important sources of support; overloading ICDS supervisors with overseeing an unrealistically large number of anganwadis that are scattered in terms of geographical coverage leading to poor monitoring; overloading of staff with non-ICDS tasks such as attendance at events organised by political parties; poor supervision owing to non-ICDS-related demands on time; lack of training, skills and motivation of workers and helpers; unrealistically low provision for rents of Rs 400 to 700 per month for an anganwadi centre; unrealistically low levels of honorarium for anganwadi workers and helpers; poor quality of supplementary nutrition provided; among other factors.5 It is therefore hardly surprising the programme cannot make a dent in malnutrition.