Private participation is a must for bridging the gaps in basic facilities in urban areas. States have to be pro-active in laying down clearly how the local bodies and parastatals can pursue the agenda of seeking increased private participation and policies in this regard have to be stated clearly, says M Ramachandran 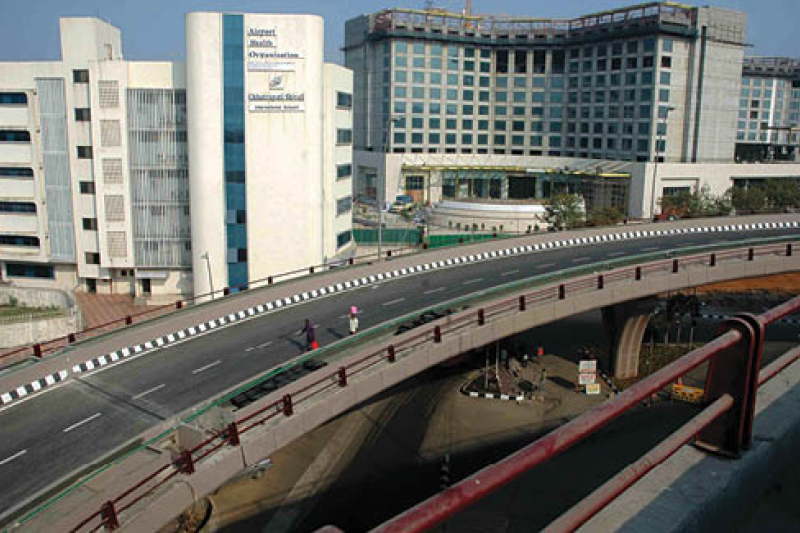 If the JNNURM facilitated focus on the urban agenda in the country, two major reports on India’s urban issues and resource requirements brought to the fore estimates as to what is required to be invested in our urban areas if certain basic levels of services and activities are to be achieved. The McKinsey Report on India’s urban awakening highlighted the point that unless we dramatically step up construction of the urban infrastructure needed, India will not be able to bridge the gap between demand for services and their provision. In per capita terms, the report stated India’s annual capital spending in urban areas was only $17. While China spends $116, UK spends $391. This report estimated the need to invest $1.2 trillion, just in capital expenditure alone, in our cities during a period of 20 years. This means increase in urban per capita spending from an average of 0.5 per cent of GDP currently to 2 per cent annually.

Though these projections of investment requirements are there, the question is do we have the will to look for this type and level of resources and can we really find such huge resources, whether through gross budgetary support or also from other sources. It is another issue as to even if resources can be found, do our local bodies have the capacity to undertake this level of spending. The 12th Five-Year Plan document, which is the one policy document that provides the road map for the way forward in the context of the unsatisfactory state of affairs in terms of infrastructure and service delivery in our 7,935 cities and towns, once again underlines the basics of our urban issues – only 70.6 per cent of urban population has individual water connections, duration of water supply is only one to six hours, per capita supply of water in cities ranges from 37 lpcd to 298 lpcd, our non-revenue water accounts to 50 per cent of water production, even a partial sewerage network is absent in nearly 5,000-plus towns, 13 per cent of urban households do not have access to any form of latrine facility leading to defecation in the open, substantial part of the solid waste generated does not get properly collected and scientifically disposed, there is a housing shortage of 18.78 million units, projected slum population is about 100 million and about 26 per cent of the urban population is below poverty line. The Plan does not clearly state what part of the resources required would get generated through different sources and what the final outcome at the end of the plan is going to be, but projects an outlay of about `1,650 billion for the urban sector over a five-year period. What the States would be bringing in, is something that is not clearly known.

The Urban Renewal Mission has been instrumental in some cities taking up PPP projects in many areas. If PPPs are well-structured, they are expected to bring in better service delivery and they can also serve as instruments of governance and for service delivery improvement

One common feature noticeable in all these reports and documents is the reliance proposed to be placed on private participation and Public Private Partnership (PPP). It is in the interest of the private sector also that when they are likely to get more business opportunities in cities as a result of the rapid urban expansion, they also partake in the process. The rise of a substantial section of the urban population and the accompanying increase in per capita incomes will accelerate demand in markets. Reforms undertaken will help unlock a totally new market for private participants. New businesses are expected to come up. The Urban Renewal Mission has been instrumental in at least some cities taking up PPP projects in areas, like water supply, solid waste management, urban transport and e-governance. If PPPs are well-structured, they are expected to bring in better service delivery and they can also serve as instruments of governance and for service delivery improvement.

As per the focus of the 12th Five-Year Plan, generally for the infrastructure sector and equally so for the urban sector, PPP projects have to play a dominant role also from the point of view of generating almost half of the investment target for the larger sector. Though PPPs in the urban sector have not reached a take-off stage, the fact that beginnings have been made and even a city metro rail project could get initiated for a large city like Hyderabad shows that given proper framework and legal backing, more such projects involving even larger amounts are possible. But for this to happen, specific provisions regarding PPP have to be made in the State municipal legislations, or there should be an over-arching legislation for the same as Gujarat and Karnataka have done. This needs to be supplemented by a robust regulatory mechanism so that the required confidence building actually materialises. We could look at examples like the Korea PPP Act, first legislated in 1994, subsequently amended in 1999 and 2005, which has clear guidelines to deliver transparency and objectivity in PPP project implementation while making provision for tax incentives, credit guarantee for project finance and professional support as well as research on policies.

The 12th Plan estimates that 13-23 per cent of investments in urban infrastructure can be through PPP. A fourth ‘P’ has been proposed – while taking up such projects, the role of ‘People’ also has to be incorporated. This calls for evolving best practices and model documents for such PPPP projects. Bringing in people at the stage of design of projects and working out such partnerships call for specific efforts to see to it that they are properly structured and taken forward. The question is who will do this and who will take the initiative to lay down the ground rules to make it effective. Experience shows that participation of citizens in the preparation and finalisation of the City Development Plans at the time of launch of the Urban Renewal Mission has not really happened. When it comes to mainstreaming of PPP framework in the urban sector, because the user charges are low, very few projects were found to be financially free standing and sustainable on the basis of user fees alone. Standardisation of bidding documents, which can lead to greater certainty, better public acceptability, reduction in transaction costs and time, is yet to take place as far as the variety of urban projects are concerned.

Country-wide discussions have clearly shown that one of the major constraints in properly making a vision for the city and taking up proper and timely implementation of urban projects is the problem of weak capacity of the urban bodies. Required professional support is not available at the city level and there is no serious effort to strengthen the municipal cadres. A network of professional institutions, which can guide the local bodies in different areas, also does not exist. There is a lot of scope for the private sector to come forward actively to facilitate capacity building, which is a priority area as also emphasised by the 12th Plan. Good training institutions, well equipped professional centres and supporting collaborative institutions can make a big difference as far as improving the capacities and capabilities of our urban bodies are concerned. Also, corporates can take the lead in tying up with cities to get involved in their key requirements – trouble shooting, problem solving, technical guidance, structuring of schemes as relevant to the city-specific situation – and, in the process, bring about better cohesion as far as professional guidance is concerned.

Cities the world over are getting ‘smarter’ now. Infusing ‘intelligence’ into the existing urban infrastructure and systems of a city helps the city managers anticipate problems and deploy resources adequately to solve them. Connected and sustainable mobility, connected and sustainable buildings, connected public safety and security, smarter energy, smarter water are all not only possible but desirable in today’s world. Given India’s unique position as a leader in software and technology services, with the number of internet users going up fast and with the number of mobile users reaching the one billion figure, here is a grand opportunity for making life better and easier for the urban residents by converting the strength to an advantage. Since city administrations on their own cannot plan and execute this massive exercise, private players have to come in actively and work towards structuring a well-formulated agenda of a smarter city, laying down the modus operandi on a city-specific basis and also partnering the process of implementation so that not only are the advantages of say, better health care or security or better disaster preparedness, available to the city residents, but like in New York city – which is one of world’s leading metropolises and a leader in digital engagement, where four million individuals reach the digital government every month – partnering with private capital ventures to create an entrepreneurial fund for the smarter city initiative would be a definite pro-active step in the journey towards better governance.

There cannot be two opinions that if our cities are to become competitive, if they are to be more inclusive, if they are to provide better investment opportunities and improved living standards represented by better infrastructure and better service delivery, focus has to be on finding the huge resources required for the city’s improvement. In line with the National Infrastructure Agenda, more private participation is a must for bridging the gaps in basic facilities. States have to be pro-active in laying down clearly how the local bodies and parastatals can pursue the agenda of seeking increased private participation. Policies in this regard have to be stated clearly, model documents have to be in position, regulatory mechanisms have to exist and, above all, a transparent system of participation by the private sector has to be promoted.

While there is a challenging opportunity available for the private sector to be partners in this endeavour of developing our cities – consisting of a variety of areas like water management, solid waste disposal, urban transport including metros, e-governance, housing and slum rehabilitation, energy management and so on – the private sector also will have to step forward to partner in the development process of larger cities by having active dialogues with State governments and city systems as to how to take this agenda forward. Stakeholder participation will be a key factor in the process and absolute clarity regarding the ground rules of participation will be critical. To what extent can CSR beleveraged to an advantage in the context of the new companies legislation could also be another relevant factor.

Can’t we envisage a situation where the large corporates take the lead to partner with cities in working with them in a continuing and pro-active manner to address their requirements. It should not be difficult for some 400 major companies to line up partnership with say, 10 cities each, which can mean a sea change in the way our cities function today.