Post-liberalisation India has changed in multiple ways. These economic, social, and cultural transformations have had a profound effect on the life of every Indian. However, The economic growth since 1991 has not been equally distributed. Certain questions need to be asked about the nature of economic gains made in post-liberalisation India and what they mean for ordinary Indian people.

The first question that needs to be asked is that: has the opening up of the Indian economy created the same opportunities for men and women? The answer to this question is a simple no and the reason behind this disparity is deep-rooted into the Social and patriarchal challenges that Indian women deal with every day.

This and several other questions about Women and Economy were discussed in the session that was held on 21st February 2022 as a part of the SKOCH India Economic Forum & LITFest. The session discussed the book ‘Desperately Seeking Shah Rukh: India’s Lonely Young Women and the Search for Intimacy and Independence’ by Shrayana Bhattacharya. The book has chosen the actor Shah Rukh Khan as a metaphor to talk about women’s personal and economic freedoms. The discussion was held with esteemed panelists to engage in a dialogue on how women navigate economic, social, and personal challenges in post-1991 India. 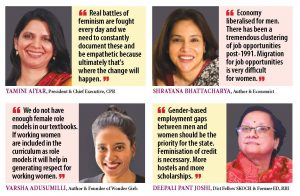 The Indian economy opened up to the outside world in 1991 and propelled India on a trajectory of economic growth. However, it is clear that this economic growth has not been spatially distributed and the major dividends from this growth spurt have been cornered by men. In the 10 fastest growing sectors since 1991, only 19% of the jobs have gone to women. This is just one indicator of how even sharp economic growth can have different implications based on gender, social and economic background of people.

A more direct impact of this starkly different economic reality for men and women can be seen in the personal lives of women. There is no separation between the economic and personal for women, for them, these two realms are deeply intertwined. As women seek economic and personal independence, they face several challenges in the form of societal and patriarchal constraints.

These hidden taxes on women are imposed by their families and communities as they seek to strive for greater personal and economic autonomy. This journey for upward economic mobility for women is filled with the issues of navigating the domestic and professional sphere while adhering to the social norms of providing unpaid domestic care. The burden of these activities falls mostly on the women and acts as a hindrance to the active participation of women in the workforce. This denial of accessibility to work has huge implications for the economy as a whole.

Statistically speaking, the number of women in the 10-30 age bracket in India as of today is one of the highest in world history and these women are one of the most educated and qualified to contribute to the growth of the economy. If 50% of the Indian population is not able to realise their potential in terms of seeking and engaging in useful employment then there is a huge economic cost that has to be borne.

There are several deep-rooted social constructs that create pressures upon women to behave in predetermined ways. The way to create real social transformation that benefits men and women alike is to educate men about the hardships women face on a daily basis.

There has to be an emphasis on including female role models in our textbooks so that there is the conditioning of men to believe that women are supposed to be designated to certain jobs or functions.

There is evidence to show that women spend 10 times more time than men on day-care functions, this disparity can only be understood in terms of how social norms dictate and how men and women live their lives. 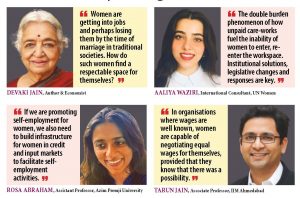 There is a need for policy measures that create social safety nets especially for women in our rural areas because they will empower women and families. India already has a very large daycare and nutrition system in place through the ICDS.

There is a need to invest in ICDS and Anganwadi centers that function as pre-school care points to ensure the well-being of women and the next generation.

To sum it up there is a need for dedicated policy steps to ensure that the workspaces align themselves in ways that allow women to participate in the economy on their own terms. 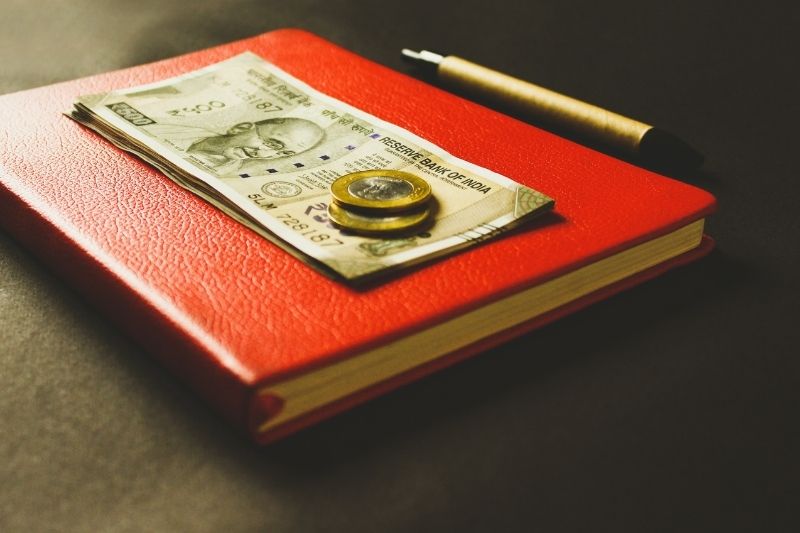 The idea was put forward that big-ticket spending in areas such as Infrastructure creation can provide quick jobs and open up income avenues for those who need it the most.